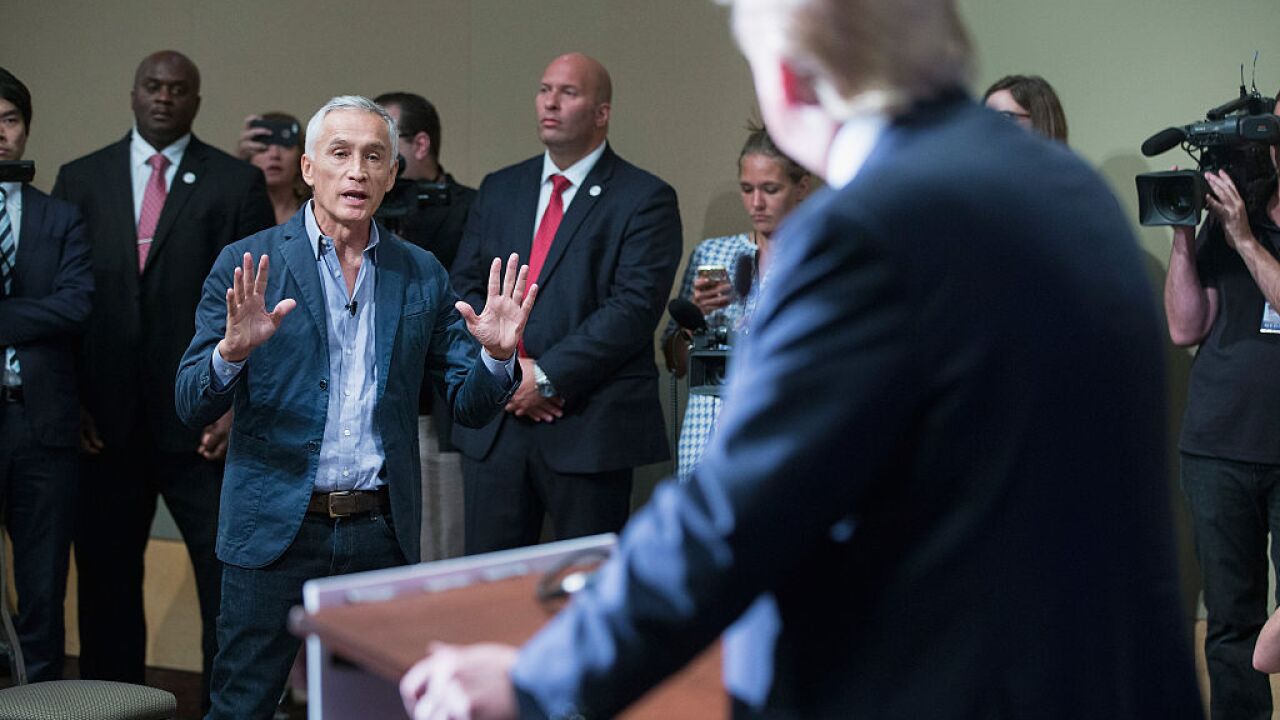 The Univision network said six of its staffers, including veteran anchorman Jorge Ramos, were briefly detained at the presidential palace in Caracas, Venezuela, on Monday.

Ramos and the crew members were released a little less than three hours after the episode began.

Daniel Coronell, Univision's president of news, tweeted that "Jorge Ramos and his team have been released and are on route to their hotel."

In Caracas, the Venezuelan National Union of the Press Workers also confirmed that "the Univision team has been freed."

Univision's news executives were able to find out what happened, he said, because "Jorge managed to call us." But "in the middle of the call, they took his phone away."

Univision is the leading Spanish-language television network in the United States, with millions of loyal viewers.

The network immediately contacted the US State Department. Kimberly Breier, the Assistant Secretary of State for Western Hemisphere Affairs, tweeted out, "We insist on their immediate release; the world is watching."

Univision also went public with the news about its crew.

"Attention: A @Univision team, headed by @jorgeramosnews, is being arbitrarily detained at the Miraflores Palace in Caracas," the network tweeted out on Monday evening.

Groups like Human Rights Watch called for the release of the journalists.

Venezuelan government officials did not immediately respond to CNN's requests for comment.

The Venezuelan government had set up multiple interviews with American journalists amid the country's deepening crisis. In one of the other interviews on Monday, Maduro told ABC's Tom Llamas that the US government — which is backing opposition leader Juan Guaido — is "trying to fabricate a crisis to justify political escalation and a military intervention in Venezuela to bring a war to South America."

ABC published excerpts from the interview on Monday evening.

The Univision interview was also set to take place on Monday. Zamora said it was originally scheduled for 2:30 p.m., but kept being postponed. The taping finally started at 7 p.m., but ended within minutes.

According to Coronell, the material is now in the hands of government officials.

The episode unfolded on the same day that US Vice President Mike Pence met with Guaido in Bogota, Colombia.