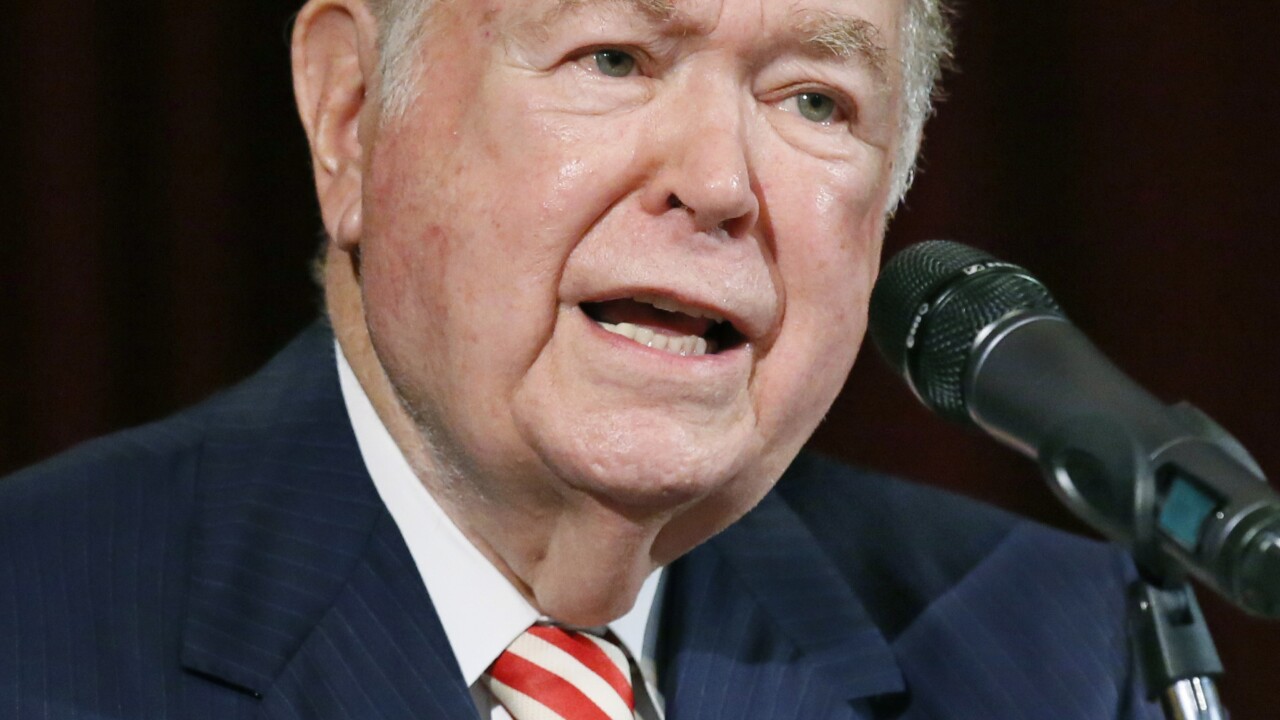 Sue Ogrocki/AP
FILE - In this Sept. 20, 2017 file photo, University of Oklahoma President David Boren, a former Democratic governor and U.S. Senator, speaks at a news conference in Norman, Okla. An attorney for the former University of Oklahoma President says Boren denies any inappropriate behavior during his more than 20 years at OU and described a university probe as a "character assassination." A university spokeswoman confirmed late Wednesday, Feb. 14, 2019, the Jones Day law firm has been retained to conduct an investigation after OU received allegations of "serious misconduct." (AP Photo/Sue Ogrocki, File)

NORMAN, Okla. (AP) -- The University of Oklahoma Board of Regents have scheduled a special meeting to discuss an undisclosed "personnel investigation."

An OU news release says regents will go into executive session Wednesday in Oklahoma City. The meeting is closed to the public.

The subject of the meeting was not disclosed, but the university announced Feb. 13 that it had hired a law firm to investigate "allegations of serious misconduct."

The Oklahoman newspaper, citing unnamed sources, has reported that the investigation involved former OU President David Boren. The Associated Press was not able to confirm that.

An attorney for Boren says Boren denies any inappropriate behavior during his more than 20 years as OU president and described the probe as a "character assassination."

Boren, 77, is a former Oklahoma governor and U.S. senator.