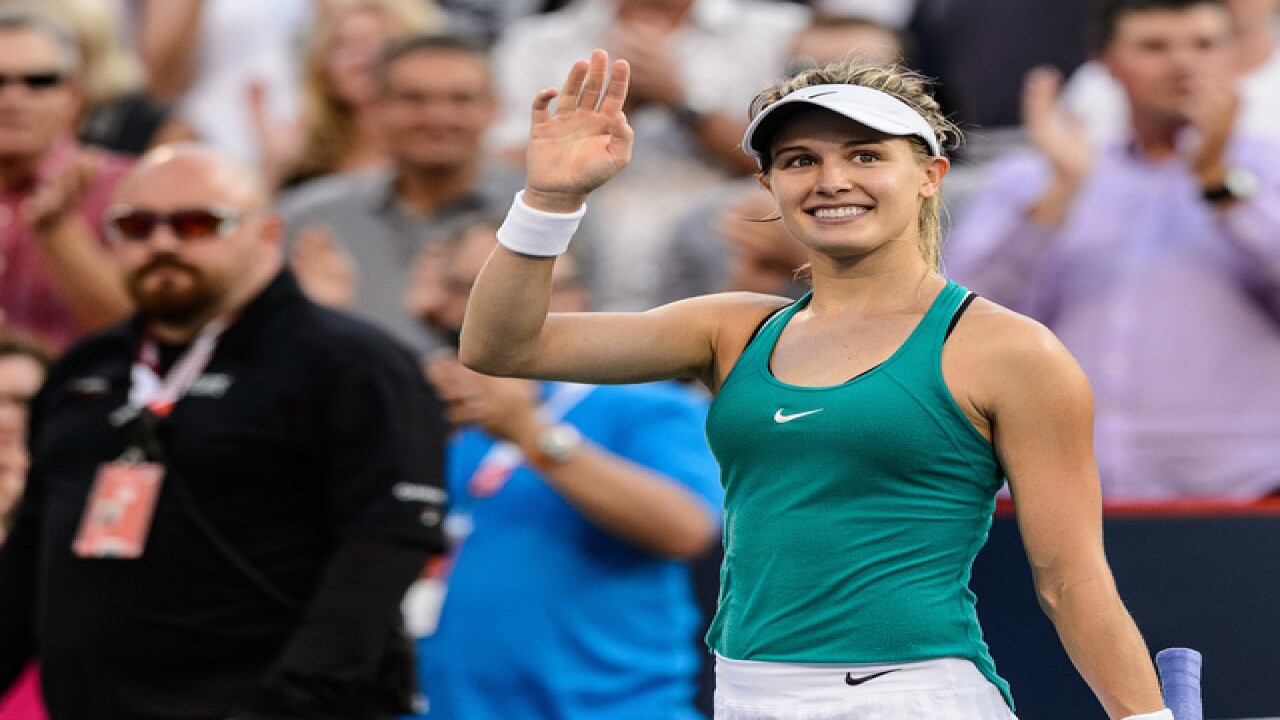 Minas Panagiotakis
<p>MONTREAL, ON - JULY 27: Eugenie Bouchard of Canada salutes the fans after defeating Dominika Cibulkova of Slovakia 2-6, 0-6 during day three of the Rogers Cup at Uniprix Stadium on July 27, 2016 in Montreal, Quebec, Canada. (Photo by Minas Panagiotakis/Getty Images)</p>

Having faith in Tom Brady and the New England Patriots helped a University of Missouri student get a date with a tennis star.

During the Super Bowl on Sunday, tennis player Genie Bouchard tweeted she knew the Falcons would win.

The Chicago Tribune reports John Goehrke, a 20-year-old University of Missouri junior, tweeted at Bouchard asking for a date if the Patriots won.

@geniebouchard if patriots win we go on a date?

Bouchard tweeted back, “Sure.”

"I saw the tweet and I'm like, I wasn't assuming the game was over because I knew how good the Patriots were and how good Tom Brady was, but I was like, I don't think this is over," Goehrke told the Tribune.

Then, the Patriots started making a comeback. Goehrke told the Tribune he couldn’t believe the Patriots were coming back or that the date with Bouchard could actually happen.

@geniebouchard Chicago. Go to school in Missouri. We can go on a date where ever you want! ?

After the Patriots won, Bouchard said she’d learned a lesson.

On Monday, she posted how she was shocked but she’ll make good on her promise.

Lol it made a Twitter moment. And I will do it, I stay true to my word ?? pic.twitter.com/0rOUc0xJsC

Goehrke told the Tribune he’s trying to think of Chicago restaurants and other spots he could take her.