Coach's message about body language is from 2016 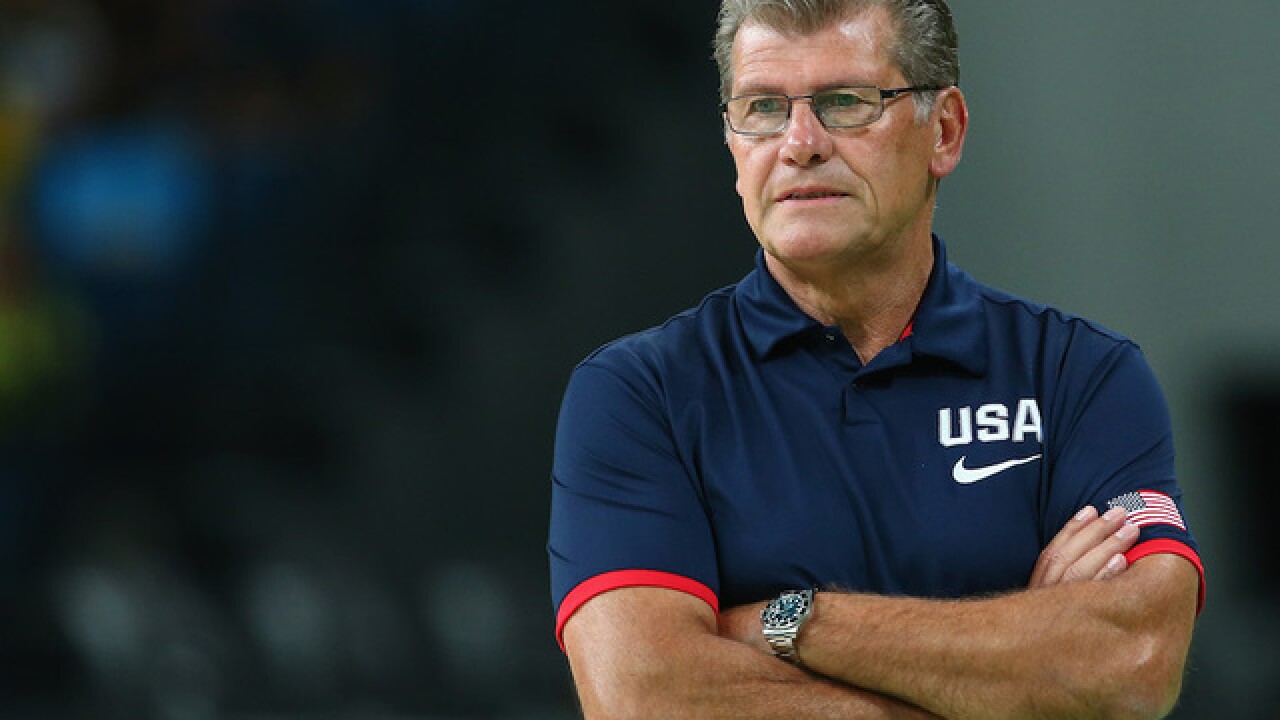 Alex Livesey
<p>Head coach Geno Auriemma of the United States looks on during the Women's Quarterfinal match against Japan on Day 11 of the Rio 2016 Olympic Games at Carioca Arena 1 on August 16, 2016 in Rio de Janeiro, Brazil.</p>

UConn women's basketball coach Geno Auriemma has some poignant advice for young athletes — and people apparently agree with him.

"[My coaching staff] puts a huge premium on body language. And if your body language is bad you will never get in a game. Ever," Auriemma said in a postgame press conference during the 2016 NCAA women's basketball tournament.

Despite the clip being about a year old, it started going viral this week, showing the message still sticks.

"Recruiting enthusiastic kids is harder than it's ever been because every kid watches TV ... and what they see is people just being really cool. So they think that's how they're gonna act," Auriemma said. "They haven't even figured out which foot to use as a pivot foot and they're gonna act like they're really good players."

Auriemma has coached UConn's women's basketball team since 1985, building it into the sport's top power. Under Auriemma, UConn has won 11 championships and 987 games.

In the 2016 clip, Auriemma said he'd "rather lose than watch some kids play the way they play," referring to selfish attitudes.

His advice to hopeful players is to be "upbeat, loving life and love the game."

In the past few days, the clip has been shared thousands of times on social media, including in the tweet below, which was retweeted more than 11,000 times since Monday.

Parents: If you have an athlete above the age of 7 in your household, sit them down and make them watch this for 2 minutes and 20 seconds. pic.twitter.com/w8ke8KEUUB