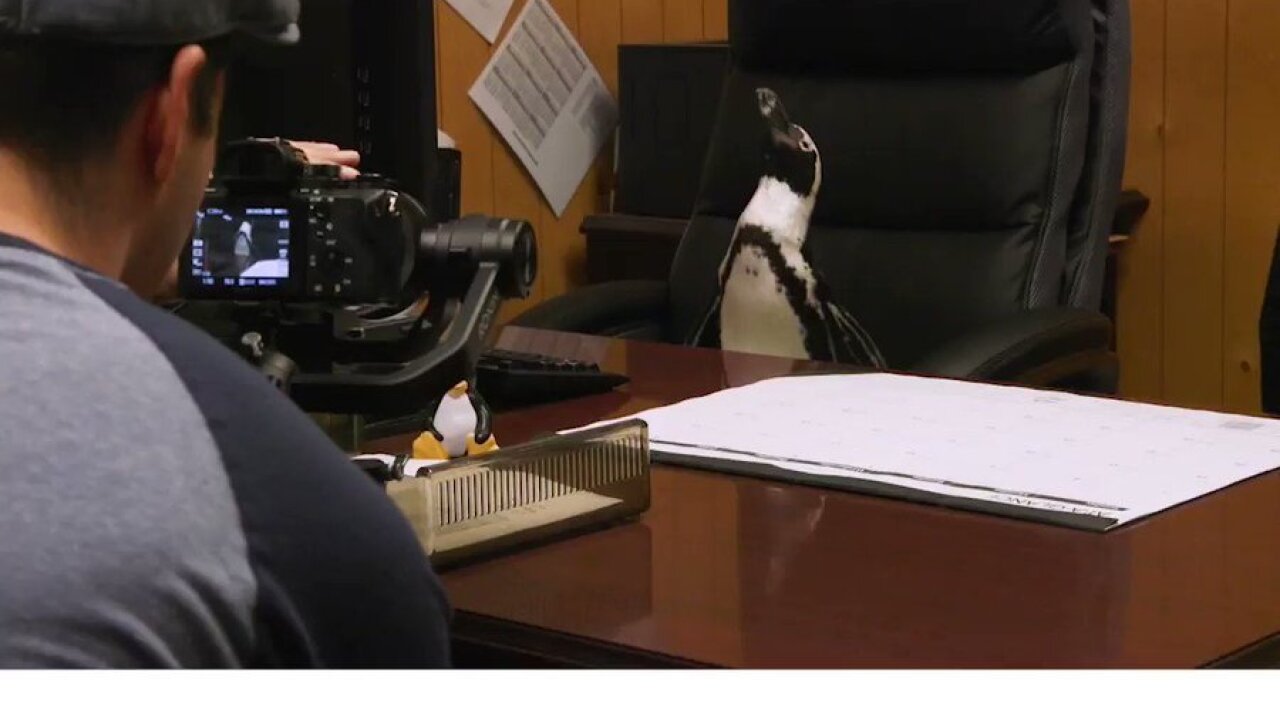 (CNN) -- Any story about penguins is a story worth telling. But this one, about two particular penguins from the Maryland Zoo interning at New York- based publisher Penguin Random House is one of the best ones you'll hear.

The African Penguins were brought over from the zoo in Baltimore and were nothing if not productive members of the publisher's book distribution center.

They had their own desks (and spent a lot of time knocking things over). They waddled from office to office, learning about quality assurance, brand research, computer operations and moving inventory --- all while looking absolutely adorable.

That's how the publisher announced their collaboration with the zoo, saying they would be making a charitable donation to the zoo's conservation efforts to protect the habitats of African penguins.

"The species is endangered, and their population has declined by 90% since the turn of the 20th century," the publisher said.

And if you didn't love penguins already...

The African Penguin is also often called the "jackass penguin," because its mating call sounds like a braying donkey, the zoo says.

And once they find their perfect half, they stay together for life.