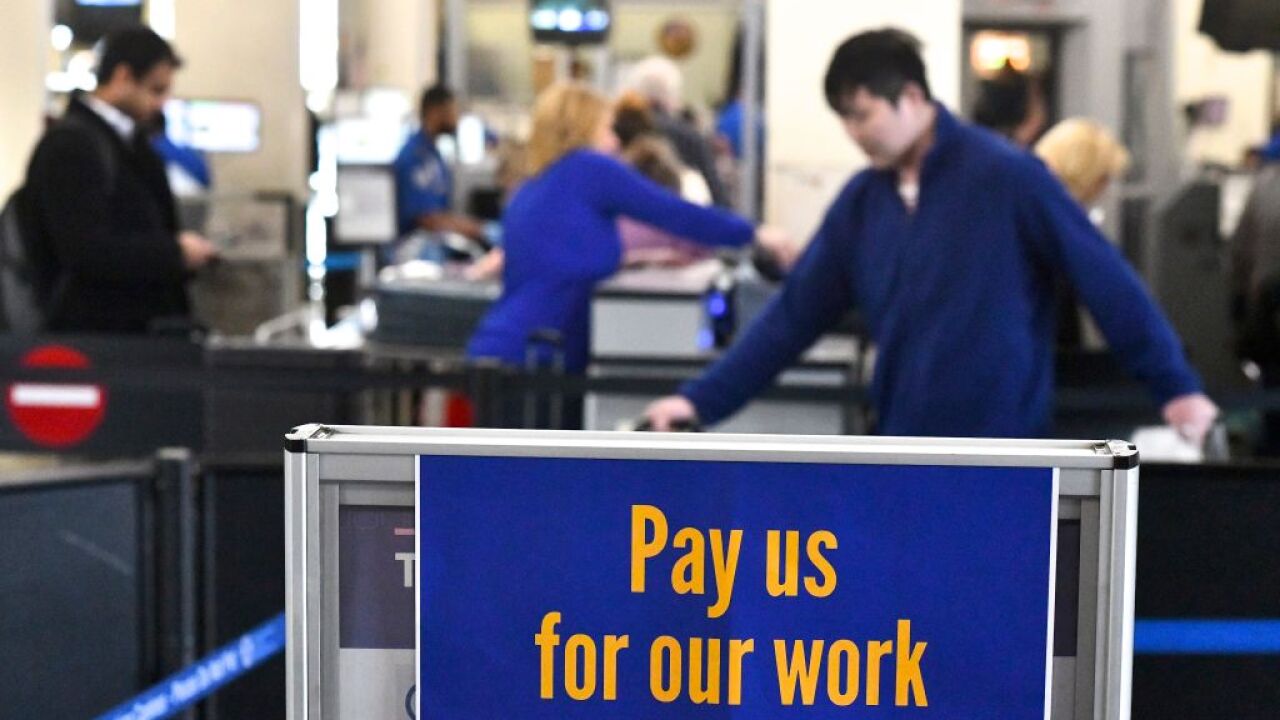 More than a month after the longest government shutdown in US history ended, a significant number of Transportation Security Administration employees still have not received all of the back-pay they are owed.

The delay has been caused in part due to an unusual move during the shutdown to pay a partial paycheck to workers in order to help keep them on the job. TSA Administrator David Pekoske told employees at the time the decision was to "alleviate some of the financial hardship many of you are facing." Hundreds of TSA workers called out from work during the shutdown and officials from the national TSA employee union said many of the callouts were due to financial hardship.

According to a source with knowledge of the situation who was not authorized to speak to the media, more than 1,000 TSA employees are still waiting to be paid in full. The exact number is unclear as employees continue to come forward with complaints that they are still owed money from the shutdown.

During the partial government shutdown, which lasted from December 22 until January 25, CNN was first to report hundreds of TSA screeners were not showing up to work as it became more difficult to make ends meet for many employees without their usual paycheck. The staffing shortages caused long lines at some airports during the 35-day shutdown and even forced some of those airports to shutdown security checkpoints.

When the shutdown ended, President Donald Trump said issuing back pay to federal employees would be the priority, and the Office of Management of Budget instructed agencies to prioritize repaying its employees.

In a statement, TSA put the number of employees who have not been paid in full at about 1,000.

"Of TSA's 60,000 employees, approximately 1,000 throughout the country require some sort of pay correction," the agency's statement read. The agency says it continues to process those corrections, which mostly affect one pay period.

The median TSA salary is less than $41,000, according to 2017 data and published by the Bureau of Labor Statistics.

A TSA official who is "frustrated with the situation" said the delay in pay is a self-inflicted wound. The official, who spoke anonymously because they are not authorized to speak to the media, blames it on Pekoske's actions during the shutdown.

"The problems are with pay period 26," the official said, referring to the final two-week pay period of 2018 that was partially paid as an incentive to try to keep workers who were calling out on the job. TSA said at the time that one week of back pay was paid out.

"It appears as though their effort to partially pay people screwed things up and they are still getting their act together," the source said.

The current problem with back pay was the subject of a phone call that TSA headquarters held with field offices across the country on Wednesday, according to a partial transcript obtained by CNN.

On the call, Karen Shelton Waters, who oversees human resources issues at TSA headquarters, explained that the agency's help desk and the administrator himself have been overloaded with questions, concerns and complaints about the situation, according to the transcript.

Waters is quoted in the transcript explaining the agency's understanding of why approximately 1,000 TSA workers have yet to receive full pay, pointing to the timing of the agency's decision to pay workers during the shutdown.

"Pay period 26 was the partial pay that we did and then the remainder of that pay period should have been a correction that came through the system once the funding was restored," she said.

"Our timing ... could not have been poorer in terms of when we executed partial pay. We actually got approval to do that almost simultaneously with the time funding was restored," she added.

The result is an administrative mess. Now, the agency is working to make corrections in its system to reflect that employees have already received a partial payment so that the balance owed to them is accurate.

"If I give you a partial payment, I can't pay you more than you work," the first source explained. "They need to go back and match what was worked and that all has to be done manually to make sure the difference owed to employees is accurate."

The TSA official added, "The administrator used FY18 money to partially pay TSA employees. This cheated the purpose of the shutdown. They were scrambling to keep people on the job because you had a number of sick outs taking place, but in fact, they created more problems for employees. And they're dealing with it one month after the shutdown is over."

The National Finance Center, which handles human resources issues for TSA, did not respond to a request for comment.

On the call, Waters gave out an email address where employees can flag problems to the agency, but it is unclear when TSA will successfully pay all of its employees in full.