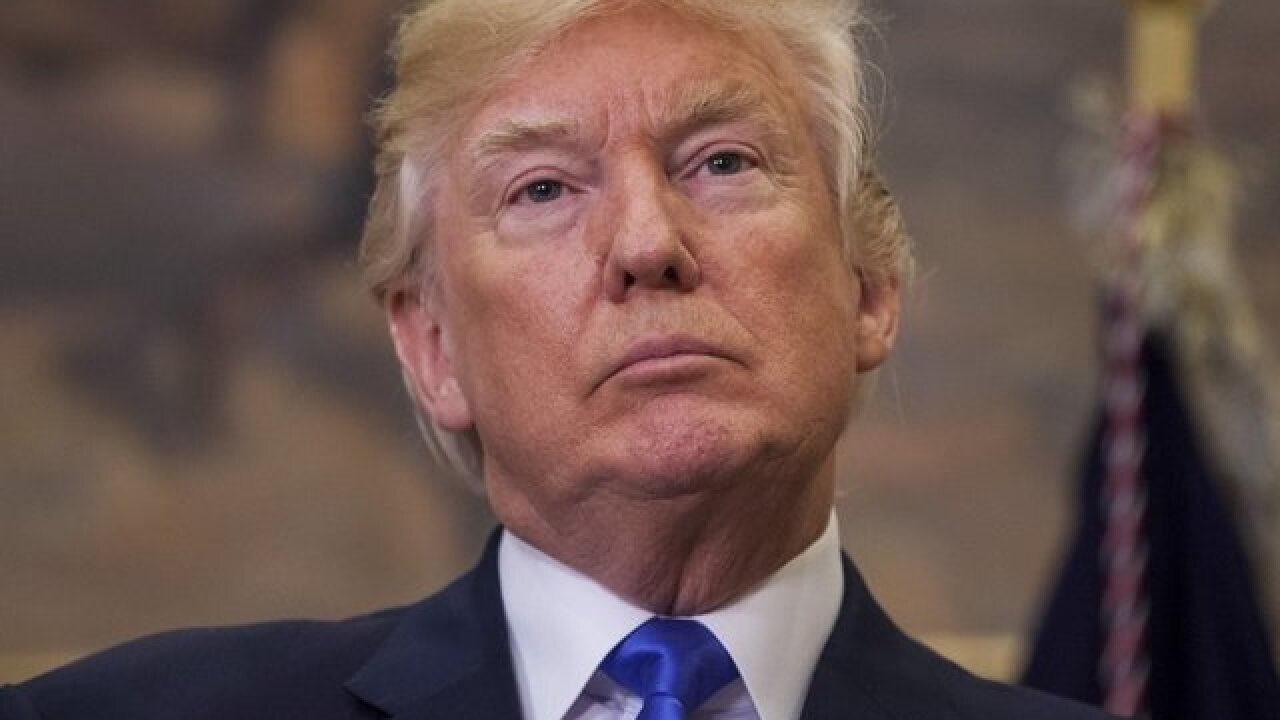 Trump, surrounded by a supportive audience of farmers and agriculture executives, cast himself as the first president in decades to focus on rural America and argued that the new tax law allows more farmers to keep money in their pockets and reinvest in their companies.

"In every decision we make, we are honoring America's proud farming legacy," Trump said. "Years of crushing taxes, crippling regulations and corrupt politics left our communities hurting, our economy stagnant and millions of hardworking Americans completely forgotten. But they, guess what, are not forgotten anymore."

He added: "The American dream is roaring back to life," saying the bill provides "historic relief for our farmer and our middle class."

Trump signed an executive order and a presidential memorandum that directed his administration to use "all viable tools to accelerate the deployment and adoption of affordable, reliable, modern high-speed broadband connectivity in rural America."

"I will sign two presidential orders to provide broader and faster and better internet coverage," Trump said before signing the measures. He then jokingly urged people to check out his oft-used Twitter account.

"Make sure you look up @realdonaldtrump," he said. "I have a feeling you get that anyway, actually. It's our only way around the media."

The orders followed input from farmers to Trump's rural America task force, who released a report on Monday that detailed their findings, including the need for better internet access.

"That is why today in a few minutes I will take the first step to expand access to broadband internet in rural America so you can compete on a level playing field, which you were not able to do. Not fair," the President said.

Improving rural broadband connectivity has long been a goal, and previous administrations -- including President Barack Obama's -- have tried to address the issue with little success. According to the Federal Communications Commission's 2016 Broadband Progress Report, 39% of rural Americans -- roughly 23 million people -- lack access to high-speed internet.

Despite the boisterous welcome, the speech was also colored by Trump's push to renegotiate NAFTA and to leave other international trade agreements, policy proposals that many American farmers have not supported because of their reliance on international markets and low to no tariffs.

Trump briefly mentioned renegotiating NAFTA during the speech -- things are "under negotiation as we speak," he said -- but moved on quickly, a tacit acknowledgment that the administration is aware many farmers are in favor of keeping NAFTA in place.

Monday's victory lap comes after a consequential week for the President.

Trump has been put on the defensive by revelations in "Fire and Fury," a new bombshell book by Michael Wolff, and spent much of the last week defending himself and looking to discredit the author.

The President also met this weekend with top Republican lawmakers eager to chart the 2018 legislative calendar. Republicans, after passing tax reform at the end of 2017, want to hold on to their majorities in the House and the Senate, and Trump's speech will be a preview of how they will look to sell tax reform during an election year.

Trump's remarks brought him face-to-face with many of the rural American voters who helped deliver him the White House in 2016. According to CNN's exit polls, 61% of rural voters backed Trump, compared with 34% who voted for Hillary Clinton.

Trump, in a preview of possible 2018 messaging, slammed Democrats for voting against his tax plan and said that if they took power in the coming years they would look to raise Americans' taxes.

He also said he had provided voters with the "privilege" for voting for him in 2016.

"Oh, are you happy you voted for me," he said. "You are so lucky that I gave you that privilege."

Trump's remarks mimicked the Agriculture Department's report on the state of rural America.

"I think what we often see communicated about rural America is that there are these isolated pockets of despair that are beyond hope or recovery and that the population exodus from these areas will never be reversed and is just a part of where we are going," said Ray Starling, the President's special assistant for agriculture and agricultural trade. "The report makes clear that, at least this administration, that's not what we believe."

Trump has been proud to tout his tax reform plan, which when it passed last month was his top legislative achievement of his first year in office.

Sen. Bob Corker, a frequent Trump critic from the right, traveled to Tennessee aboard Air Force One on Monday. Sources familiar with discussions between Trump and Corker say the Tennessee senator has repaired his relationship with the commander in chief since the two men exchanged fierce words in the fall.

Corker was seen smiling and interacting with Trump throughout the visit.