Trump threatens to slap $100 billion in additional tariffs on China 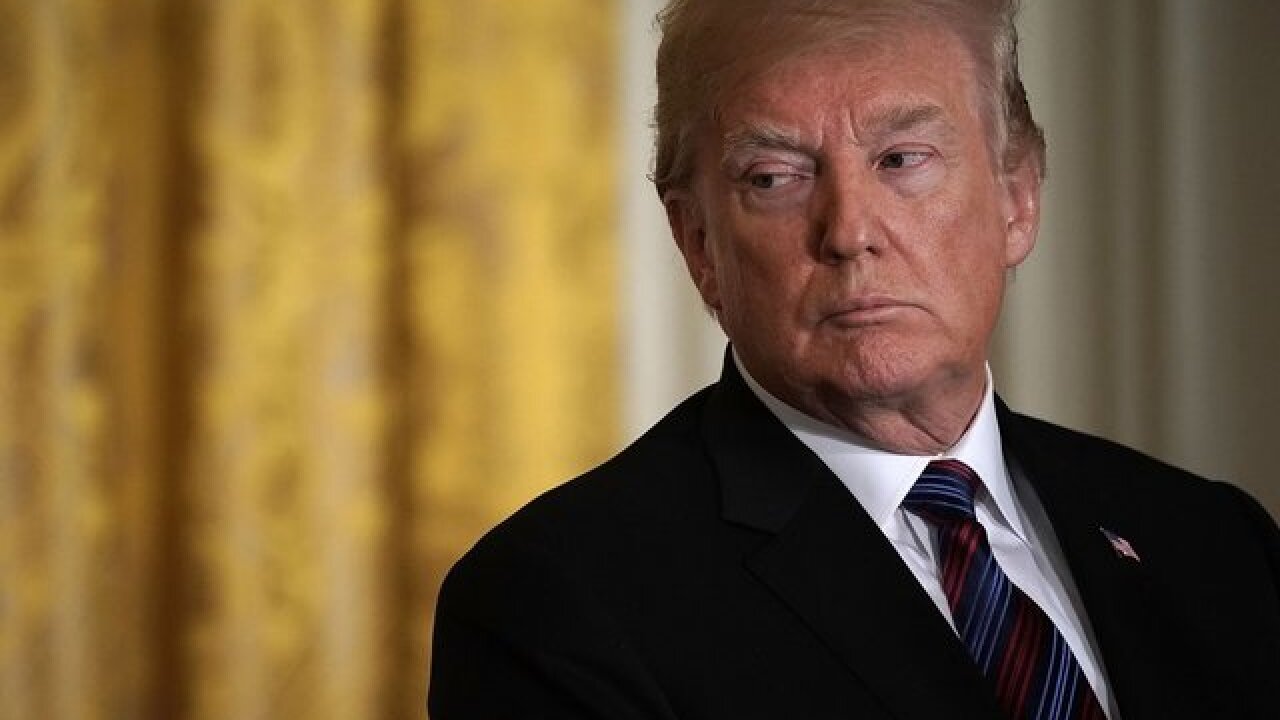 President Donald Trump ratcheted up the trade war rhetoric with China on Thursday, saying he was considering another $100 billion in tariffs on the country.

"In light of China's unfair retaliation, I have instructed the [United States Trade Representative] to consider whether $100 billion of additional tariffs would be appropriate," the president said in a statement.

The moves follow US tariffs that were imposed earlier this year on Chinese steel and aluminum, which also prompted a response from China.

The Chinese embassy in Washington did not immediately issue a response to Trump's proposed new round of tariffs.

Dow futures fell after Trump's announcement on Thursday and were down about 400 points in after-hours trading.

That followed a day of stock market gains as investors appeared to warm to the idea that the barbs between Washington and Beijing were all talk.

Investors were reassured by Larry Kudlow, the director of the White House National Economic Council, who also characterized the tariffs as just proposals in remarks on Thursday.

He told reporters there is "nothing around the corner" regarding any concrete tariff plans.

The US threatened to levy import taxes on more than 1,300 Chinese products, including TVs, dishwashers and printers. In turn, China vowed to target key US exports, including soybeans.

"Rather than remedy its misconduct, China has chosen to harm our farmers and manufacturers," Trump's statement reads.

Trump said he instructed to the USTR to "identify the products upon which to impose" the additional tariffs he suggested.

"China has chosen to respond thus far with threats to impose unjustified tariffs on billions of dollars in U.S. exports, including our agricultural products," Lighthizer said. "Such measures would undoubtedly cause further harm to American workers, farmers, and businesses. Under these circumstances, the President is right to ask for additional appropriate action to obtain the elimination of the unfair acts, policies, and practices identified in USTR's report."