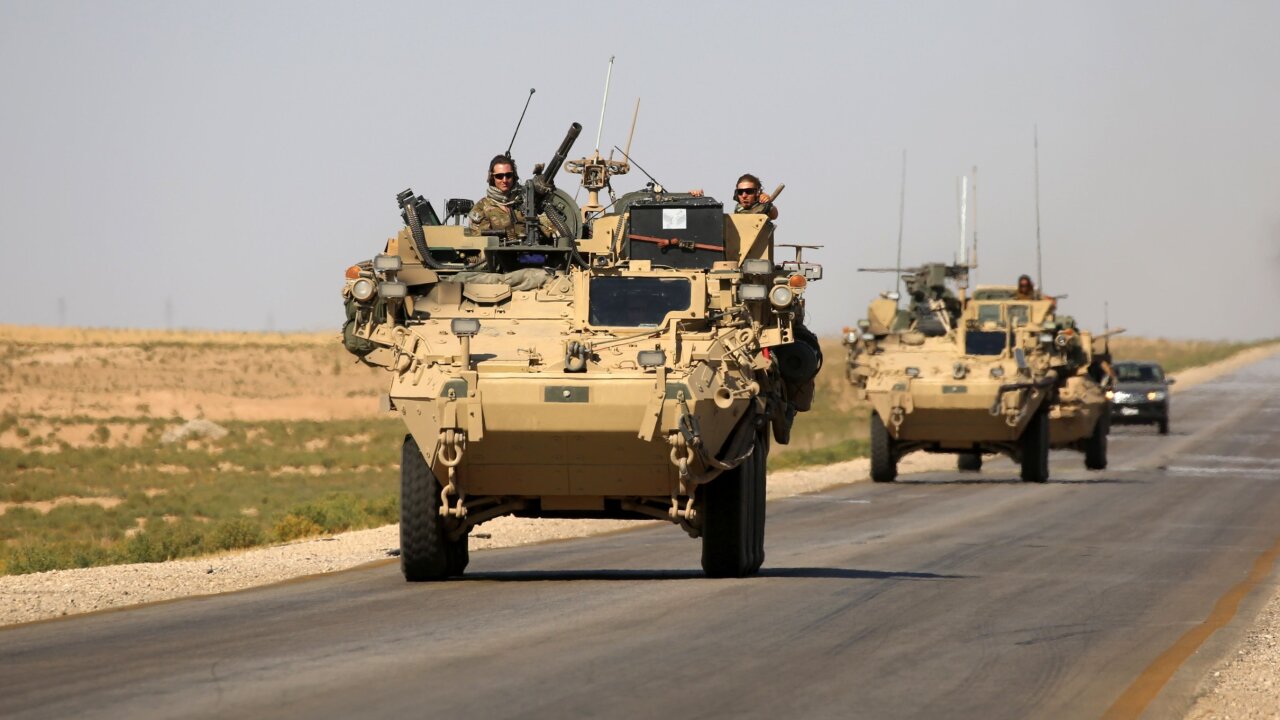 (CNN) -- President Donald Trump said Sunday the US would "devastate Turkey economically" if the NATO-allied country attacks Kurds in the region.

"Starting the long overdue pullout from Syria while hitting the little remaining ISIS territorial caliphate hard, and from many directions. Will attack again from existing nearby base if it reforms," the President tweeted on Sunday.

He added, "Will devastate Turkey economically if they hit Kurds," but followed up in a second tweet, "Likewise, do not want the Kurds to provoke Turkey."

It's a stark threat toward an ally in the region that has partnered with the US in the fight against ISIS. Turkey views some Kurdish groups in the region as terrorist organizations and Kurds make up the majority of US-allied fighters operating in Syria in the civil war against Syrian President Bashar al-Assad's regime.

CNN reported on Thursday that the first US military ground equipment has been withdrawn from Syria, according to an administration official with direct knowledge of the operation.

Last week, Turkish President Recep Tayyip Erdoğan publicly lashed out at US national security adviser John Bolton for saying the US withdrawal was contingent upon Turkey's pledge not to attack US-backed Kurdish fighters in Syria once troops leave.

"Bolton made a serious mistake. If he thinks that way, he is in a big mistake. We will not compromise," Erdoğan said.

"Russia, Iran and Syria have been the biggest beneficiaries of the long term U.S. policy of destroying ISIS in Syria - natural enemies. We also benefit but it is now time to bring our troops back home. Stop the ENDLESS WARS!" Trump continued in the second tweet.