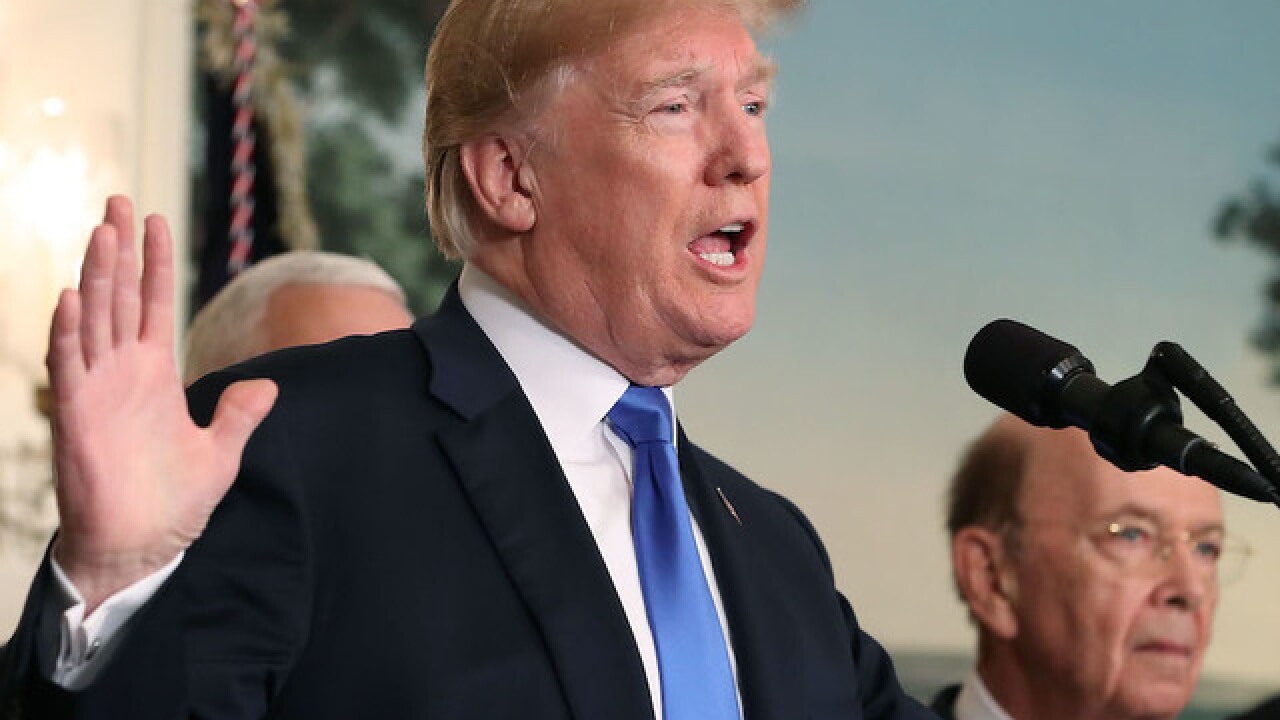 President Donald Trump warned Russia on Wednesday that it should "get ready" for a missile strike on Syria, vowing to thwart any missile defenses.

"Russia vows to shoot down any and all missiles fired at Syria. Get ready Russia, because they will be coming, nice and new and 'smart!'," Trump wrote. "You shouldn't be partners with a Gas Killing Animal who kills his people and enjoys it!"

Trump has been weighing his course of action in Syria following a suspected chemical attack in the country. Trump described the attack as "sick" and criticized Russian President Vladimir Putin and Iran for supporting Syrian President Bashar al-Assad. Trump threatened that there would be a "big price to pay" for the deaths.

Yevgeny Serebrennikov, the first deputy chairman of the Russian upper house's Defense Committee, said Wednesday that Russia would respond immediately if its military in Syria gets hit by a possible US airstrike, according to Russia's state-run news agency Sputnik.