Trump suggests supporters may get 'tough' against Democrats 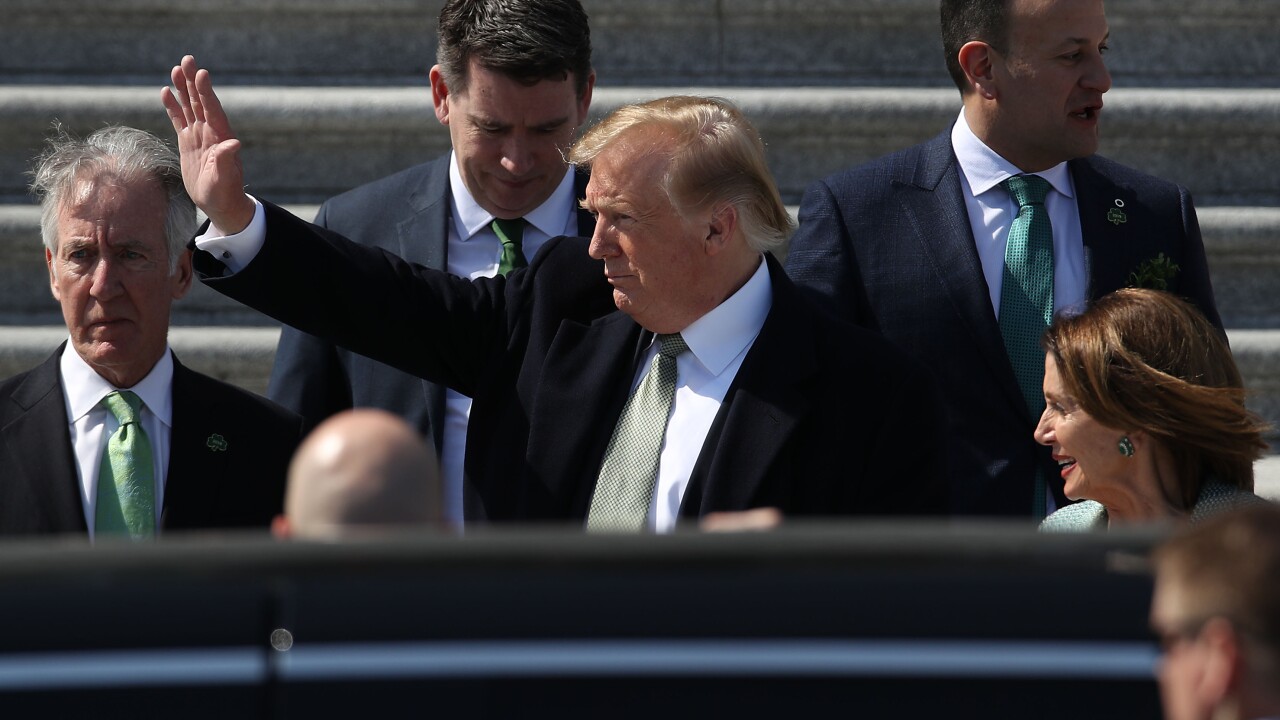 President Donald Trump appeared to insinuate in a recent interview that his supporters — the police, military and "Bikers for Trump," he claims — could turn violent against Democrats.

He added that "the left plays it cuter and tougher. Like with all the nonsense that they do in Congress."

Several Democrats interpreted the comments as a threat.

"I interpret that kind of comment as a danger to peaceful transition of power in our democracy," Democratic Sen. Richard Blumenthal of Connecticut said.

In a CNN op-ed , former White House press secretary for President Bill Clinton Joe Lockhart called Trump's remark a "thuggish threat of violence against his critics" and a continuation of Trump's "all-out assault on the basis of our democracy."

"You're just reading into it like you usually do. You have to read the entire interview," she said. "He was talking about how peaceful and gentle many people are who are otherwise tough."

Conway then pointed to Democratic Rep. Maxine Waters' comments encouraging supporters to publicly confront Trump administration officials and former Vice President Joe Biden's remark that if he and Trump were still in high school, he'd like to " take him behind the gym " in response to Trump's lewd comments about women in the infamous "Access Hollywood" video.

Trump has previously made veiled — and sometimes explicit — encouragements of violence, going back to the 2016 campaign when his rallies would be interrupted frequently by protesters.

More recently, Trump said something similar to his Breitbart remarks at a September rally in Missouri.

"The Democrat Party is held hostage by far-left activists, by angry mobs, Antifa, by deep state radicals and their establishment cronies ... No, I would never suggest this, but I will tell you, they're so lucky that we're peaceful," Trump said to cheers from the audience.

At a February 2016 campaign rally in Iowa, Trump told the crowd of supporters, "So if you see somebody getting ready to throw a tomato, knock the crap out of them, would you? Seriously. Just knock the hell-- I promise you, I will pay for the legal fees. I promise."