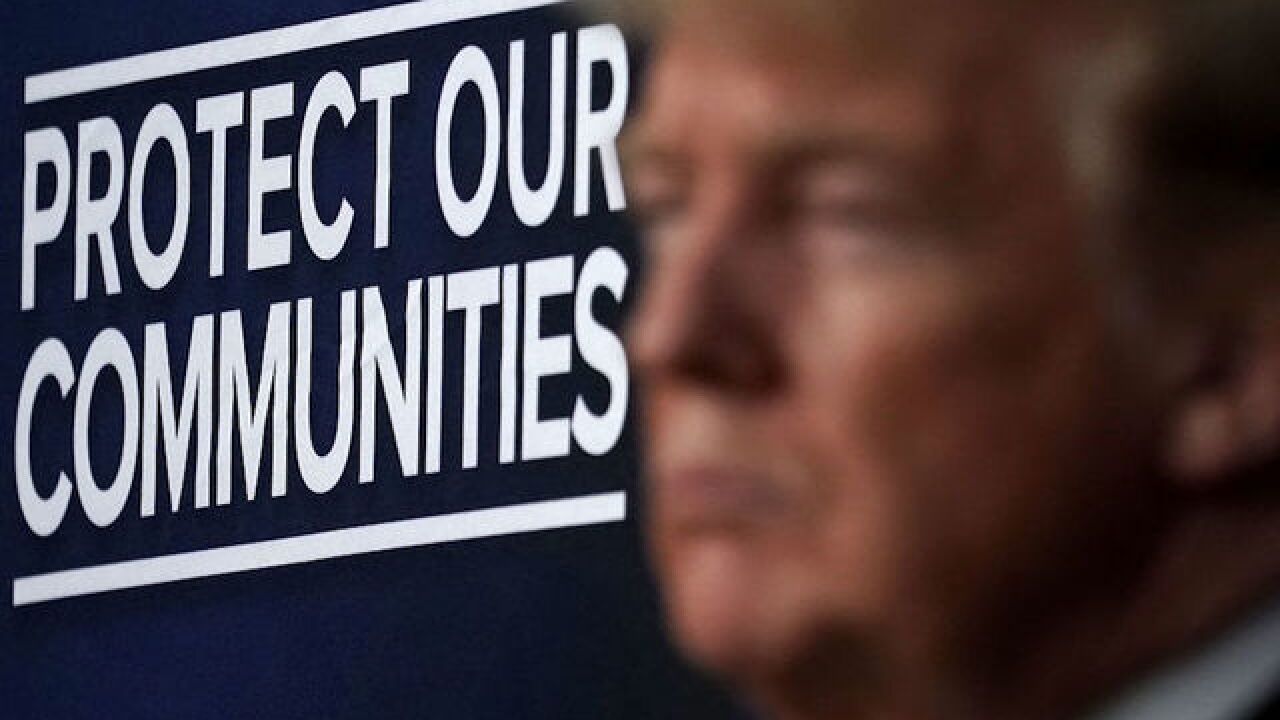 Copyright 2018 Scripps Media, Inc. All rights reserved. This material may not be published, broadcast, rewritten, or redistributed.
Alex Wong
<p>U.S. President Donald Trump listens during an event with 'Angel Families' June 22, 2018 at the South Court Auditorium of Eisenhower Executive Office Building in Washington, DC. President Trump hosted an event to discuss immigration with relatives of victims of crimes committed by undocumented immigrants.</p>

President Donald Trump defended the detention conditions for migrant families who cross the border illegally, arguing his administration does a "much better job" than the Obama administration.

"We do a much better job while at the same time maintaining a MUCH stronger Border! Mainstream Fake Media hates this story," Trump tweeted Saturday morning.

Attention was given to the conditions migrants are being held in after reports that 2,000 children had been separated from their families as a result of the Trump administration's policy to refer any adult that crosses the border illegally for criminal prosecution.

Photos released by US Customs and Border Protection of a processing detention center in McAllen, Texas, showed chain link fences and mattresses on the floor with thermal blankets for the families.

In his tweet Saturday morning, Trump also referred to a headline posted on the conservative website Drudge Report, "Obama kept them in cages, wrapped them in foil."

Images during the Obama years have resurfaced, including a photo from 2014 that showed two female detainees sleep in a holding cell at a CBP center in Nogales, Arizona.

Supporters of President Trump have stated that detention facilities for minors are essentially the same today as they were then.

Former Secretary of Homeland Security Jeh Johnson told CNN that there was no formal policy to separate the detained families of illegal immigrants under President Barack Obama.

While children have historically been separated from family members at the border under certain circumstances, it was not the same as the Trump administration's 100 percent prosecution policy, which had affected children even if they came in with parents or legal guardians.