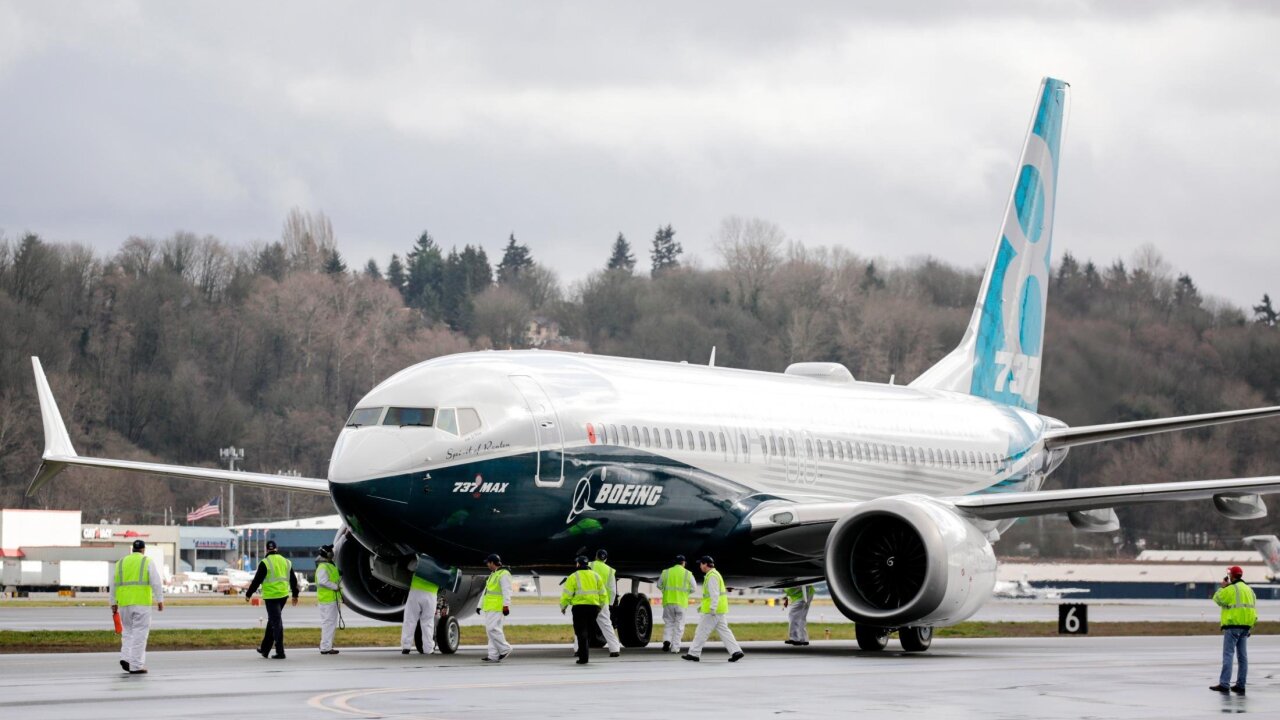 President Donald Trump has announced that the United States will order the grounding of all Boeing 737 Max 8 and 9 planes immediately.

Speaking from the White House, Trump said the planes currently in the air would be ordered to land, and that airlines and pilots had been notified of the decision.

New information about the crash of the Ethiopian Airlines Flight 302 led his administration to order the immediate grounding of the aircraft, he said.

Boeing issued a statement Wednesday saying it was grounding the jets in the U.S.

In Consultation with the FAA, NTSB and its Customers, Boeing Supports Action to Temporarily Ground 737 MAX Operations: https://t.co/YGgmgAZK3O pic.twitter.com/5bnxevuzlD

US pilots who fly the Boeing 737 Max have registered complaints about the way the jet has performed in flight, according to a federal database.

In one of the complaints, a captain reported an autopilot anomaly which led to a brief nose-down situation — where the front of the aircraft pointed down, according to the federal database. In another complaint, a first officer reported that the aircraft pitched nose down after the autopilot was engaged during departure. The autopilot was then disconnected and flight continued to its destination, according to the database.

Although the data doesn't identify the pilots or their airlines, two US carriers fly the 737 Max 8: American Airlines and Southwest.

Extraordinary worldwide attention has been focused on the jet -- Boeing's biggest-selling airliner -- after Sunday's crash of a new Ethiopian Airlines 737 Max 8, minutes after takeoff from Addis Abba, which killed all 157 people on board. Ethiopian Airlines Flight 302 was the second deadly crash of the same new plane type within five months. The crash of Lion Air Flight 610 shortly after takeoff from Jakarta last October killed all 189 people on board.

Canada's Minister of Transport Marc Garneau said Wednesday that as the result of new data that they received in the morning, the country will no longer allow the 737 MAX 8 or 9 aircraft to take off or land in Canada, nor will they allow aircraft to fly over Canadian airspace.

Egypt, Hong Kong, Lebanon and New Zealand joined dozens of other countries, on Wednesday, banning all Boeing MAX aircraft from their airspace as an extra safety precaution. Scores of nations, carriers and authorities have already temporarily suspended the MAX 8 model or other models in the range.

The Ethiopian Airlines Boeing Max 8 jet plummeted into a field shortly after leaving Addis Ababa's Bole International Airport on Sunday morning, killing 157 people. One of the pilots reported flight control problems and asked to return to the base.

Our statement regarding the Boeing 737 MAX 8: pic.twitter.com/sjoCGwffby

As investigators search for clues into the cause of the disaster, some aviation experts are drawing parallels to the Lion Air Boeing MAX 8 plane that went down last October over the Java Sea in Indonesia, killing all 189 people on board.

Canada's Minister of Transport Garneau said satellite tracking data that is collected when certain aircraft take off — specifically the vertical profile of the aircraft— was analyzed by officials and was the reason they decided to ground the Boeing 737 Max 8 and 9 over Canadian airspace.

While not conclusive, Garneau said their were similarities in the new data they analyzed and the doomed Lion Air flight that caused them to feel a threshold had been crossed to halt those flights.