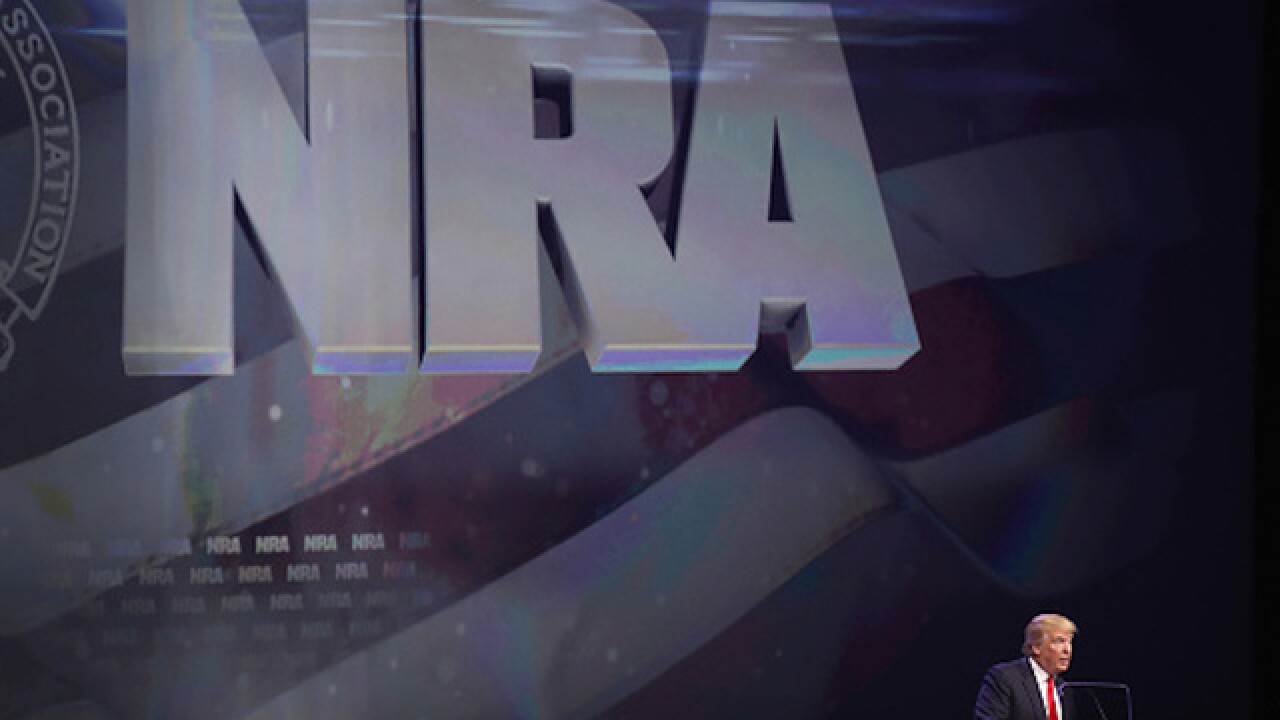 Image copyright 2018 Getty Images. All rights reserved. This material may not be published, broadcast, rewritten, or redistributed.
Scott Olson
<p>LOUISVILLE, KY - MAY 20: Republican presidential candidate Donald Trump speaks at the National Rifle Association's NRA-ILA Leadership Forum during the NRA Convention at the Kentucky Exposition Center on May 20, 2016 in Louisville, Kentucky. The NRA endorsed Trump at the convention. The convention runs May 22. (Photo by Scott Olson/Getty Images)</p>

The news was announced by the President during a meeting with governors at the White House Monday morning. The White House did not previously announce the meeting or provide a readout.

Cox is the executive director of the NRA's lobbying arm, the NRA Institute for Legislative Action. LaPierre is the NRA's CEO.