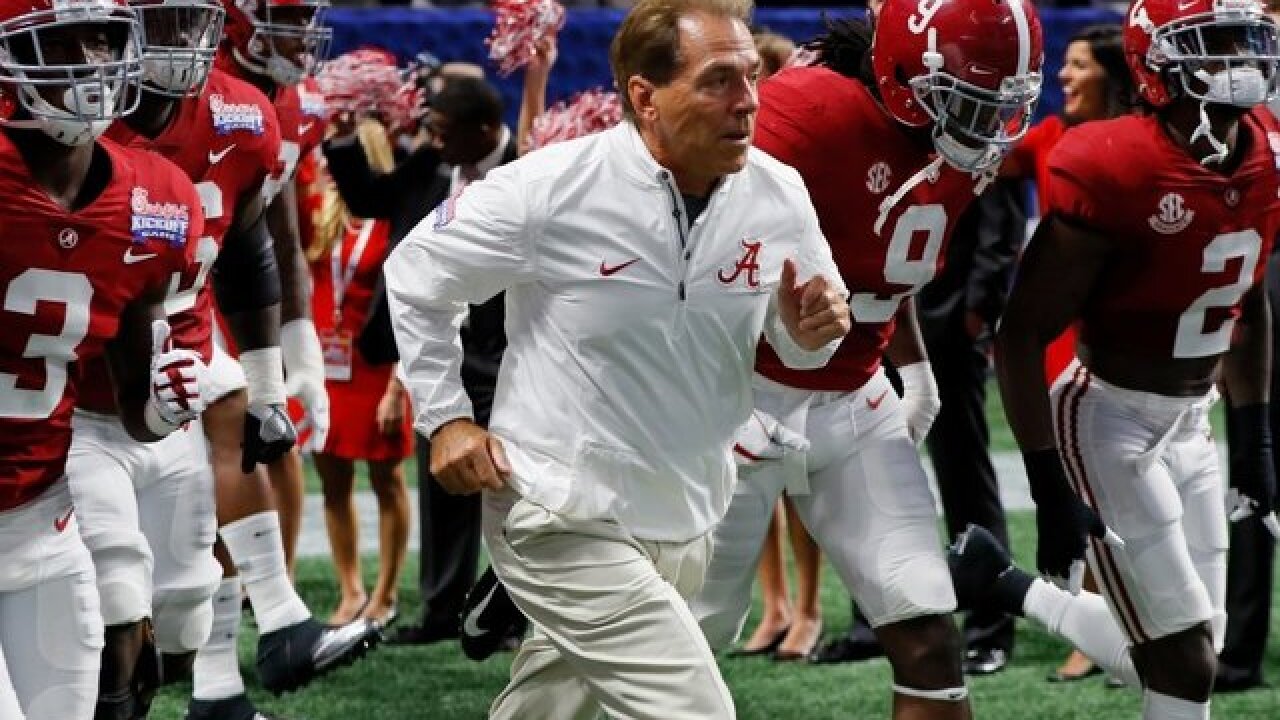 White House press secretary Sarah Sanders, at her briefing on Tuesday, called the SEC teams "two great teams from two great states, both in the heart of Trump country."

The last college football game of the season is scheduled for 8 p.m. ET, and Trump said in a tweet on Tuesday that he would announce "THE MOST DISHONEST & CORRUPT MEDIA AWARDS OF THE YEAR" on Monday at 5 p.m.

The college football championship visit would follow months of Trump's sustained attacks related to professional football over player protests during the National Anthem, which the President has called on the NFL to ban. Vice President Mike Pence attended an NFL game in his home state of Indiana last year and left after some players knelt during the anthem. Trump said afterward that he had asked Pence to do so.

The college championship will be the first one in Atlanta's newly minted football stadium and would mark Trump's latest visit to the southeast. He returned this week from a holiday vacation at his club, Mar-a-Lago, in Florida, held a rally in December near Florida's border with Alabama where he boosted Republican Senate candidate Roy Moore and visited Atlanta for a speech to the National Rifle Association in April.