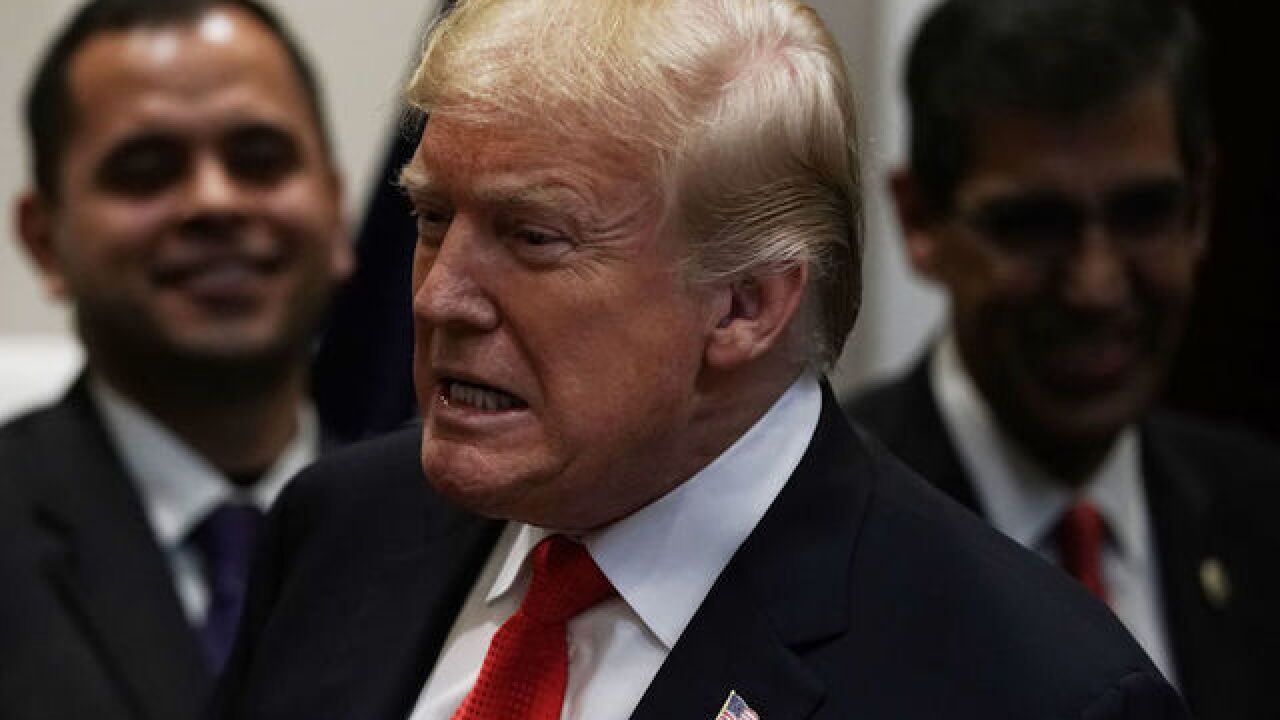 Image copyright 2018 Getty Images. All rights reserved. This material may not be published, broadcast, rewritten, or redistributed.
Alex Wong
<p>U.S. President Donald Trump (C) speaks during a Diwali ceremony in the Roosevelt Room of the White House November 13, 2018 in Washington, DC. </p>

The Justice Department responded to CNN's lawsuit over the revocation of Jim Acosta's press pass on Wednesday, saying in a court filing that the White House rejects the idea that it can't pick and choose which journalists can be given a permanent pass to cover it.

Both CNN and Acosta are plaintiffs. The suit alleges that their First and Fifth Amendment rights are being violated by the ban.

Judge Timothy J. Kelly, a Trump appointee, has scheduled a hearing for Wednesday at 3:30 p.m.

CNN and Acosta are asking Kelly for a temporary restraining order and a preliminary injunction that would restore his access right away.

Lawyers for CNN and Acosta are arguing that time is of the essence because his rights are violated every day his pass is suspended.

They are also seeking a declaration that Trump's action was "unconstitutional, in violation of the First Amendment and the Due Process Clause of the Fifth Amendment." This could protect other reporters against similar actions in the future.

"This is a very, very important case," Ted Olson said. Olson, a Republican heavyweight who successfully argued for George W. Bush in Bush v. Gore, is representing CNN along with another prominent outside attorney, Theodore Boutrous, and the network's chief counsel, David Vigilante.

Olson said Tuesday that it was Acosta whose press pass was suspended this time, but "this could happen to any journalist by any politician."

He spoke forcefully against Trump's action. "The White House cannot get away with this," he said in an interview with CNN anchor Brooke Baldwin.

CNN's lawyers say the case hinges on Acosta and CNN's First Amendment rights; the shifting rationales behind the ban; and the administration's failure to follow the federal regulations that pertain to press passes, an alleged violation of Fifth Amendment rights.

Tuesday's lawsuit rejected the White House's claim that Acosta acted inappropriately at a press conference last week. The suit says this is really about Trump's dislike of Acosta.

The "reasonable inference from defendants' conduct is that they have revoked Acosta's credentials as a form of content- and viewpoint-based discrimination and in retaliation for plaintiffs' exercise of protected First Amendment activity," CNN's lawsuit alleges.

Many media law experts, unaffiliated with CNN, believe the network has a very strong case.

Judge Andrew Napolitano, the top legal analyst on Trump's favorite network, Fox News, said the same thing on Tuesday. "I think this will be resolved quickly," he said, adding "I think it will either be settled or CNN will prevail on motion."

If there is no settlement, CNN is requesting a jury trial.

In an interview with Wolf Blitzer, Boutrous said the government officials are being sued in their "official capacity," but "there is a possibility of damages claims," which would mean suing them personally.

Blitzer pointed out that the officials would have to "go out and hire their own attorneys."

It is incredibly rare to see a news organization suing a president.

Fred Ryan, the publisher and CEO of the Washington Post, expressed his support for the action Tuesday night. "We support CNN in its effort to restore the press credentials of its White House reporter," Ryan said. "It is a journalist's role to ask hard questions, hold the powerful to account and provide readers with as much information as possible."

The White House Correspondents' Association is also standing behind CNN. The group said Tuesday that the president "should not be in the business of arbitrarily picking the men and women who cover him."