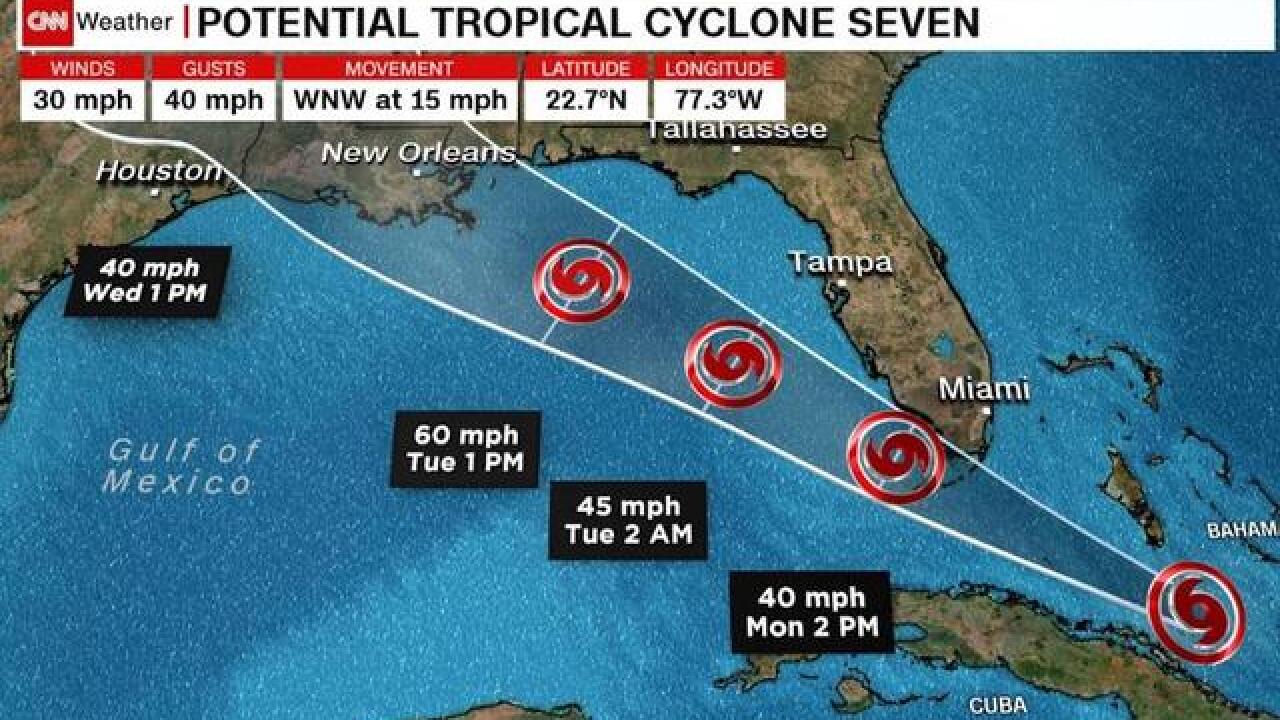 Tropical Storm Gordon formed in the Florida Keys on Monday morning and is forecast to strengthen over the next 48 hours as it brings strong winds and heavy rain to the Gulf of Mexico, the National Hurricane Center said.

Gordon is already lashing south Florida with rain and tropical-storm-force winds. A hurricane watch is in place for the Mississippi and Alabama coasts, including the cities of Gulfport, Biloxi, and Mobile.

The storm will gather strength as it heads through the Gulf of Mexico and be at our near hurricane force as it makes landfall Tuesday night along the Mississippi or Alabama coast, the hurricane center said.

Gordon is headed west-northwest at 16 mph into the Gulf of Mexico and has maximum winds of 45 mph. The storm is forecast to pass over the Florida Keys on Monday, emerge over the southeastern Gulf of Mexico by Monday evening and reach the central Gulf Coast by late Tuesday.

Geo Rodriguez decided to go for a walk on Hollywood Beach, north of Miami, on Monday morning and got caught in the storm. He captured video of people who were out and about, including a soaking-wet delivery person. Rodriguez said he is not concerned about the storm damaging his home.

A tropical storm warning has been issued for portions of the central Gulf Coast from the Alabama-Florida border westward to east of Morgan City, Louisiana, including Lake Pontchartrain.

"Gordon will bring heavy rainfall and tropical storm conditions to portions of South Florida and the Florida Keys today and a tropical storm warning is in effect for these areas," the hurricane center said Monday.

It warned that heavy rainfall from the system would affect portions of the central Gulf Coast later in the week.

"Right now, according to @NHC_Atlantic, the biggest impact to our state will be heavy rain, but in Florida, we know how quickly weather can change," he said.

"With the peak of hurricane season upon us, now is the time to get prepared. Make sure that you and your family have a plan in place in case of disaster."