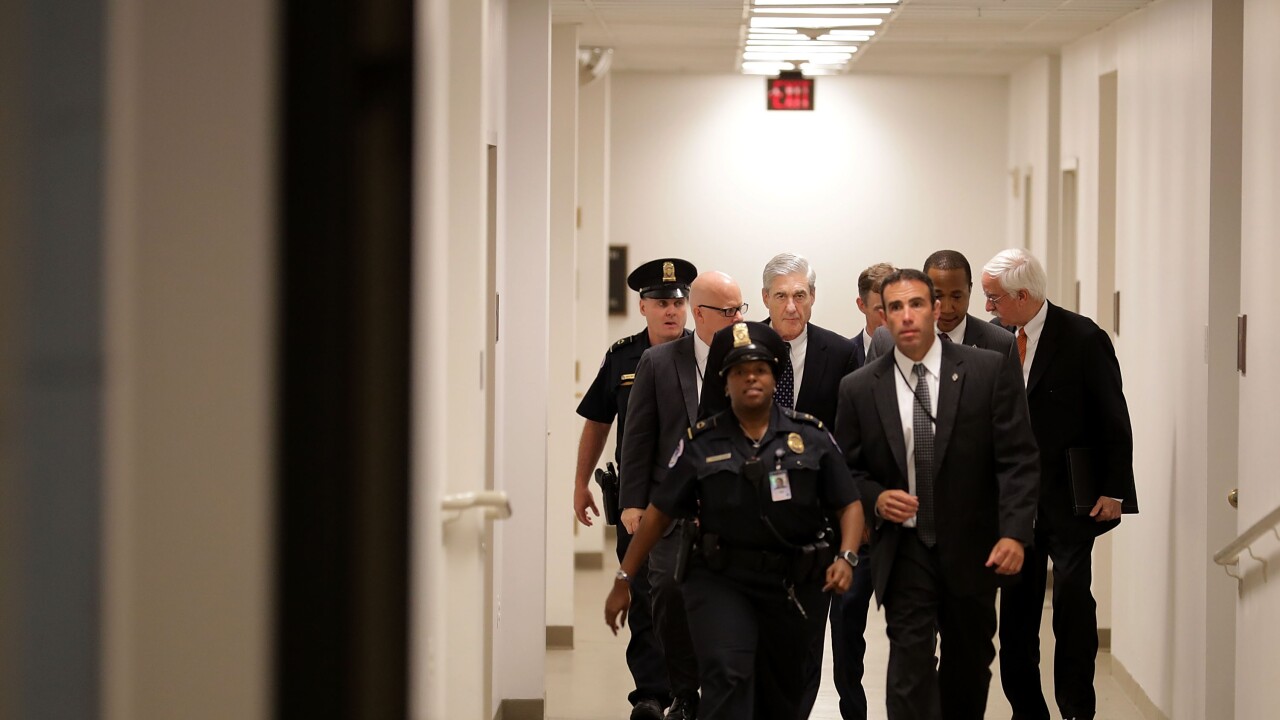 One of the more well-known members of the special counsel's team is expected to leave the office and Justice Department soon, a spokesman for the office confirmed Thursday.

It's another possible sign that Robert Mueller's work is coming to a close.

Andrew Weissmann, one of the earliest members of Mueller's squad and the lead prosecutor bringing the case against President Donald Trump's former campaign chairman Paul Manafort, will soon leave the Justice Department, where he spent most of his career, to teach at New York University. He previously taught courses on criminal procedure and national security at NYU School of Law.

"Andrew Weissmann will be concluding his detail to the Special Counsel's Office in the near future," Peter Carr, the special counsel's office spokesman, said on Thursday. Carr did not provide Weissmann's exact departure date.

The move was first reported by NPR.

"Andrew has been involved with NYU Law in the past and we have been talking with him about returning to the Law School following his current commitments," said Michael Orey, Director of Public Affairs at NYU School of Law.

A dogged prosecutor who took down high-ranking members of the Genovese and Gambino crime families and later oversaw the investigation of dozens as part of the Enron task force, Weissmann's reputation and tactics have frequently drawn the ire of Trump, his defense attorneys, and allies in cable news as the nearly two-year investigation into Russian interference in the 2016 election has unfolded.

Late last year, Trump escalated the attacks, singling out Weissmann by name in a barrage of tweets against the special counsel's work.

Those who've worked closely with Weissmann, however, say he's determined, but also focused on reaching a fair outcome.

"He is an excellent and scrupulous prosecutor, willing to take on the most powerful defendants, while always upholding the best norms and standards of the Department of Justice," said former Obama White House counsel Kathryn Ruemmler, who worked with Weissmann on the Enron case and is now a partner at Latham & Watkins LLP.

A regular presence at Manafort's court hearings, Weissmann was known for his rotating selection of leather backpacks and always exuding confidence during his tenure on the special counsel's team with a soft-spoken demeanor in court. He left the drama for his court filings, like the time his team released an August 2, 2017 memo from Deputy Attorney General Rod Rosenstein describing the scope of Mueller's work. Judge Amy Berman Jackson, who oversaw Manafort's prosecution in DC, remarked that the statement of the offense Weissmann read at the plea hearing was more extensive than any other she'd seen.

Weissmann also went head-to-head with defense attorneys, as Manafort's lawyers accused him of meeting with four journalists from The Associated Press to share details of the investigation into Trump's former campaign chairman, who at that time had not yet been indicted. Weissmann maintained that the AP briefing didn't involve any protected grand jury activity, and the argument went nowhere with the judge overseeing the case.

When Weissmann delivered his final argument on Manafort's crimes Wednesday, he read slowly from prepared remarks with a quiet intensity, saying, "Your Honor, we're here today because of crimes Paul Manafort committed for over a decade."

Manafort ultimately received a total sentence of 7.5 years in federal prison for financial crimes stemming from twin cases from the special counsel's office.