Today's Google Doodle is a heartwarming tribute to Mr. Rogers 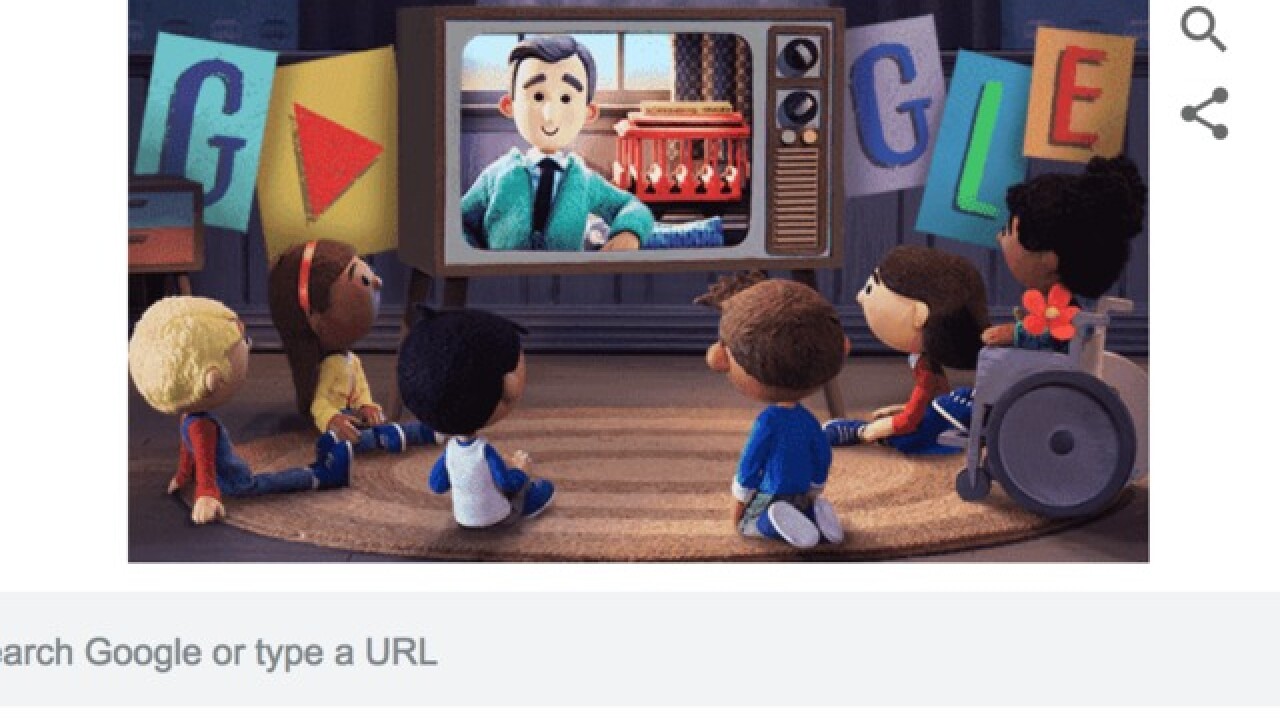 It's a beautiful day for the legacy of Fred Rogers, one of America's most beloved television personalities.

Fans on Friday awoke to a Google Doodle marking the 51st anniversary of the filming of the first episode of Mister Rogers' Neighborhood.

The stop-motion animation begins with Rogers strolling through his neighborhood singing his favorite song, "Won't You Be My Neighbor?" Along the way, he stops to bring cheer to neighborhood children in the form of friendly waves, crayon drawings and even a paper crane.

The video is a nostalgic throwback to the days when American children would sit on their parents' living room floors awaiting Rogers to put on a cardigan, change his shoes and wish them a happy day.

While the Doodle honors the filming of the first episode on September 21, 1967, the show did not air nationally on PBS until February 1968.

Rogers used the show as a vehicle to bring joy and teach important life lessons to millions of children.

The Doodle ends with Rogers teaching one such lesson: "You help to make each day a special day by just your being yourself. There's nobody else in the whole world who's exactly like you, and people can like you exactly as you are."

Mr. Roger's Neighborhood ended production in 2000, three years before Rogers passed away. However, children continue to discover the show through re-runs, which are still broadcast on some PBS stations.

Rogers also continues to be honored by the television and film industry for his award-winning show. His life and times were the subject of a 2018 documentary Won't You Be My Neighbor? Tom Hanks is also set to play Rogers in You Are My Friend, which will be released in 2019.