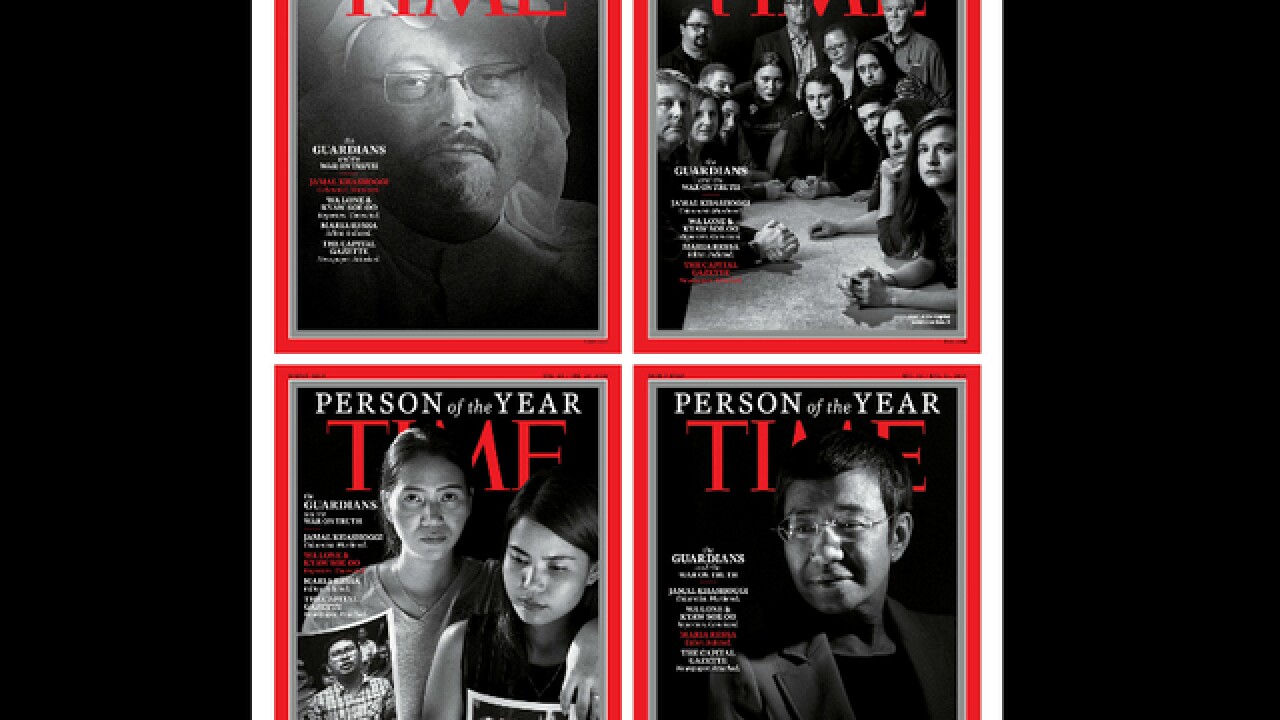 © 2018 Cable News Network, Inc.
TIME Magazine
<p>Time magazine has chosen "The Guardians," a group of journalists who have been targeted for their work, as Person of the Year.</p> 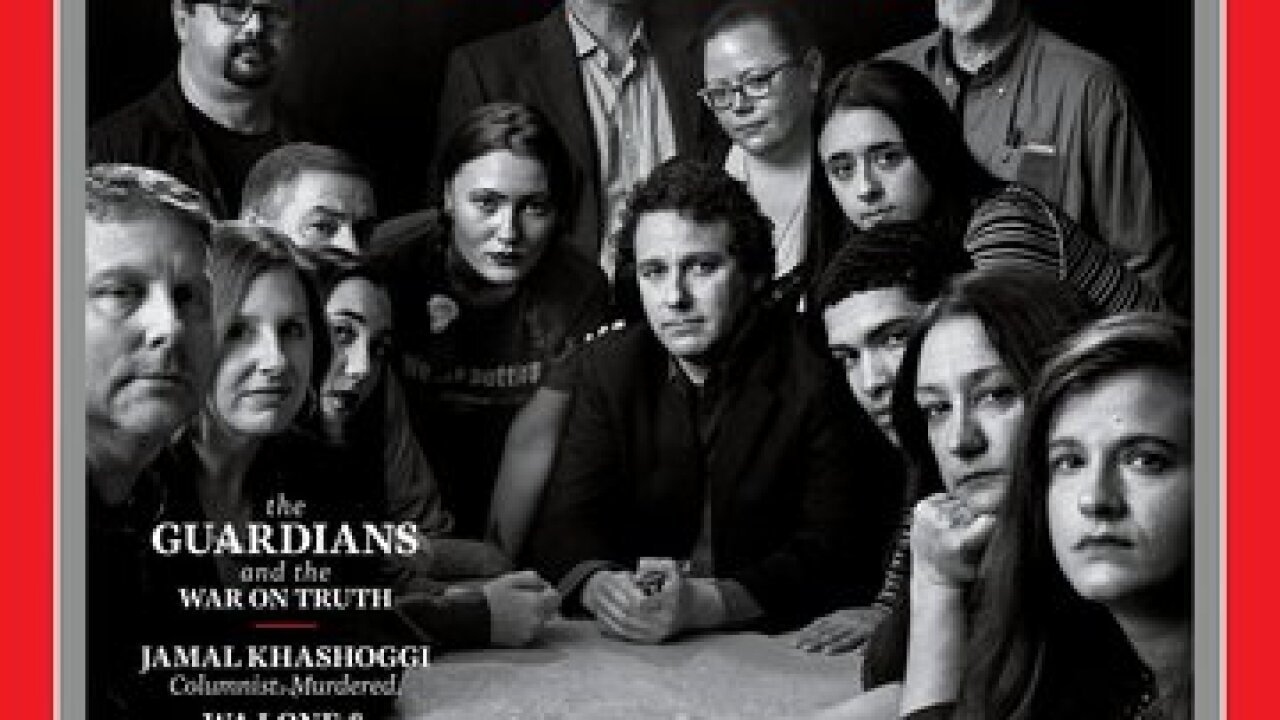 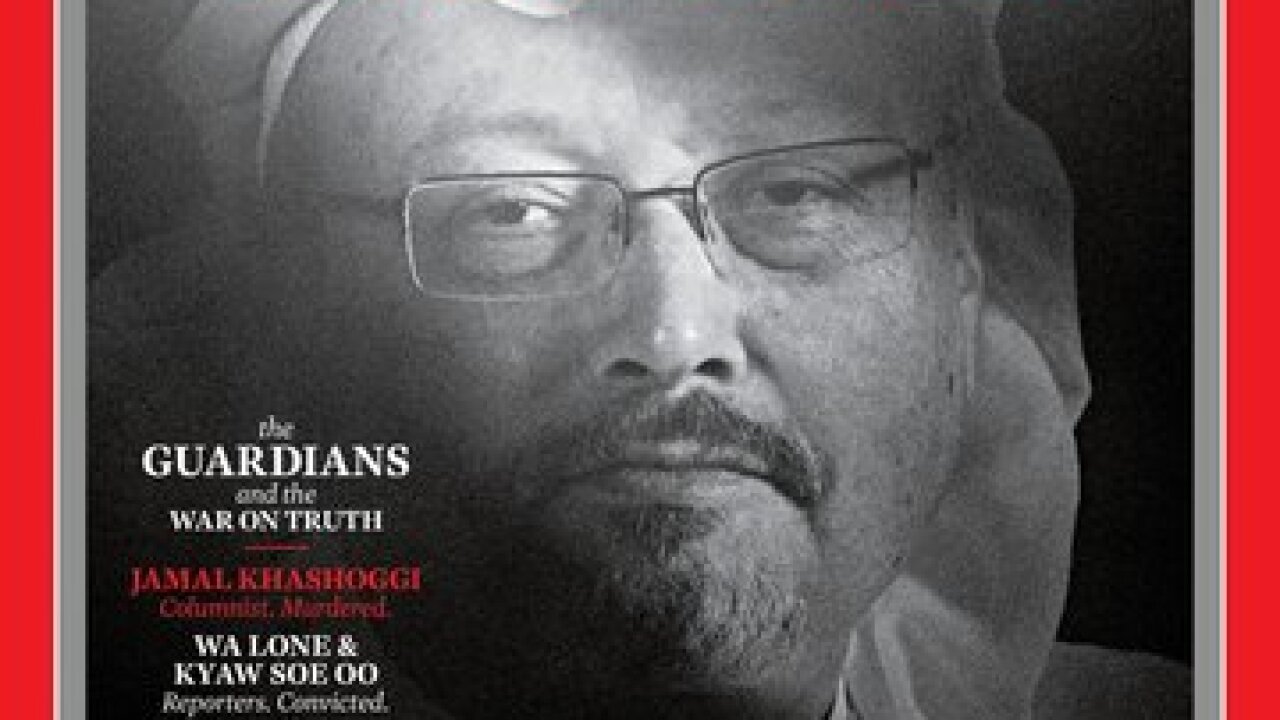 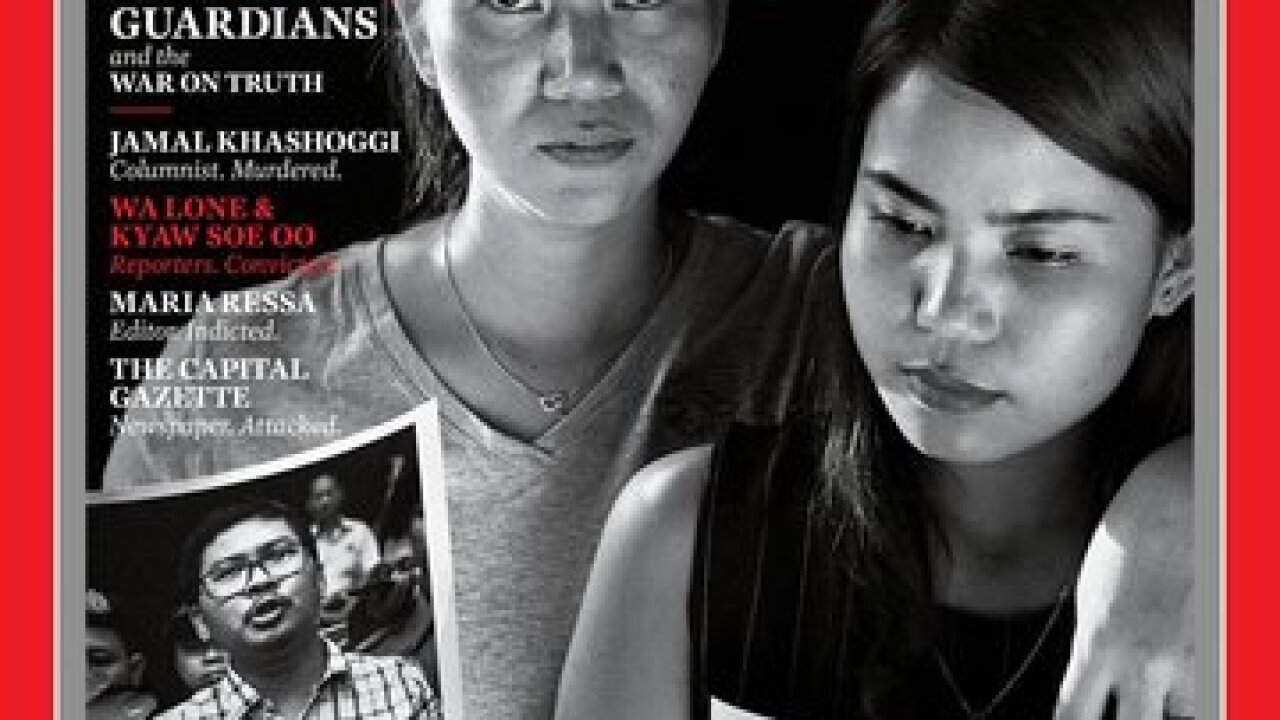 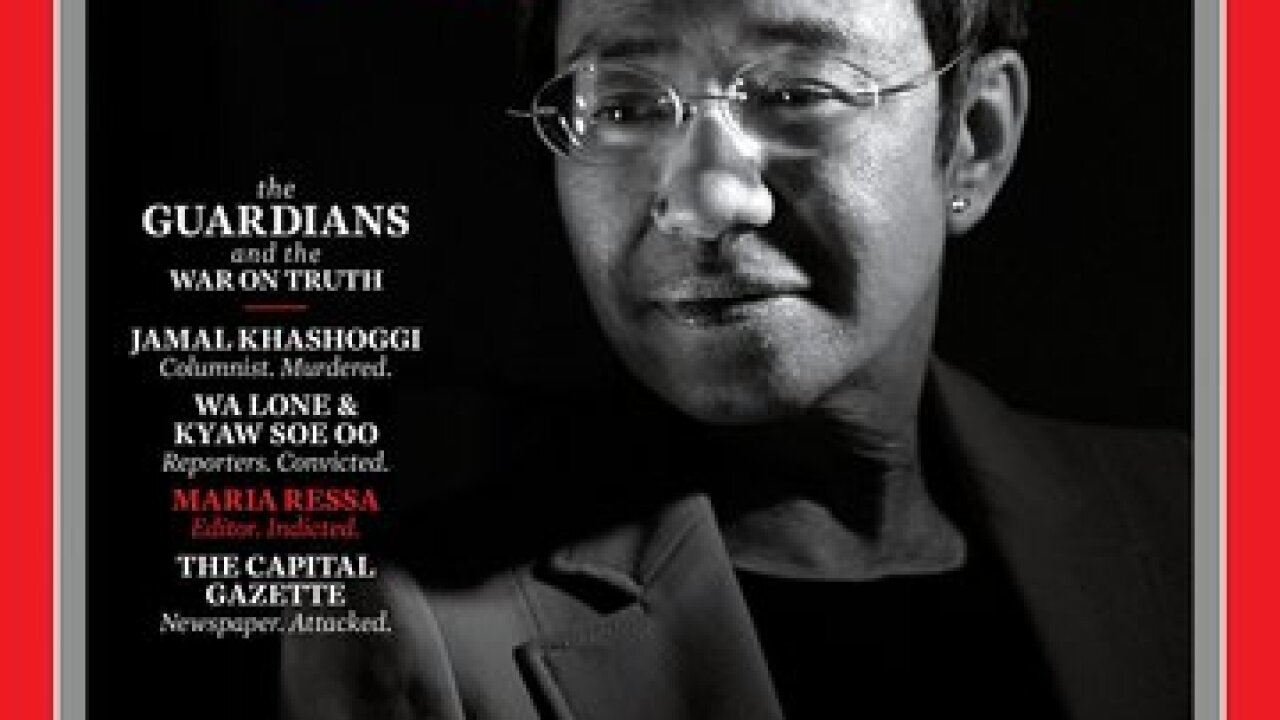 Time's "Person of the Year" for 2018 was revealed on the "Today" show Tuesday morning.

The publication named "The Guardians" as their Person of the Year, choosing to spotlight killed and imprisoned journalists, such as The Washington Post columnist Jamal Khashoggi, who was killed at the Saudi Arabian consulate in Istanbul in October, and the journalists from the Capital Gazette in Annapolis, Maryland. Five of their employees were killed in a shooting earlier this year.

The magazine explained their decision to honor "The Guardians and the War on Truth" in a post on their website Tuesday morning.

"That world is led, in some ways, by a U.S. President whose embrace of despots and attacks on the press has set a troubling tone," Time's Editor-at-Large Karl Vick says in the post.