Tiger Woods: A tumultuous 10 years from scandal to redemption 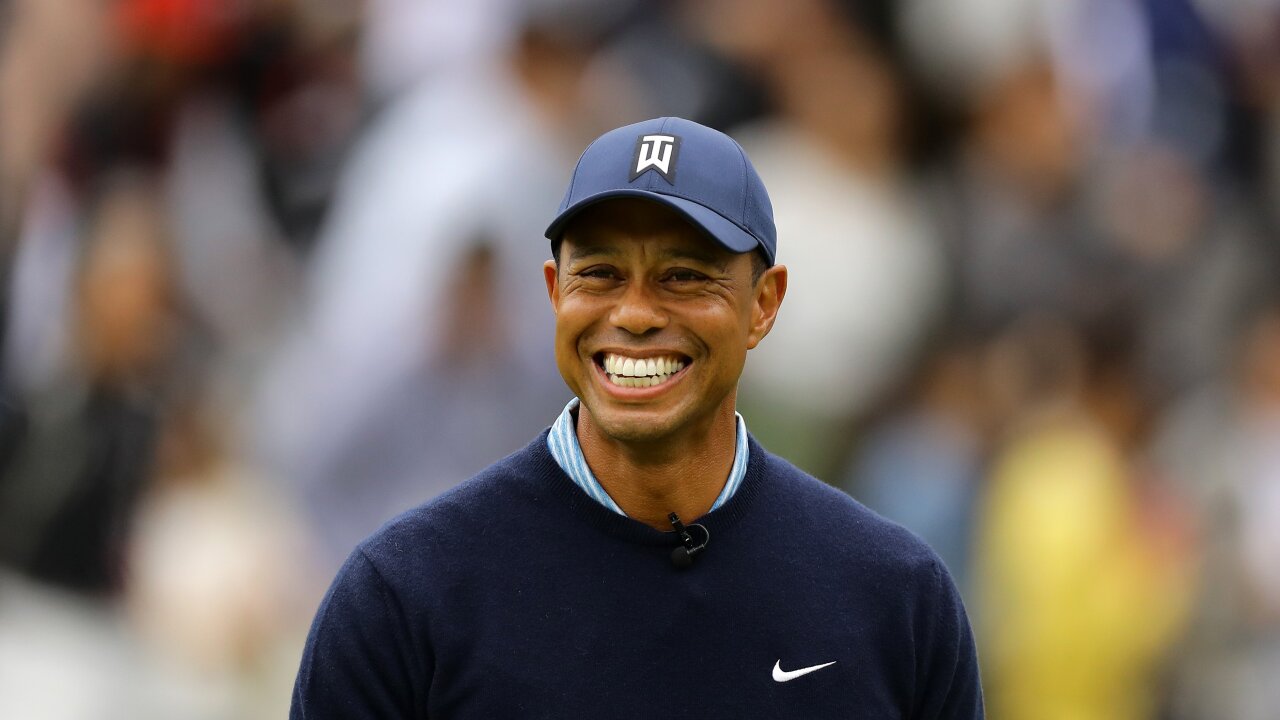 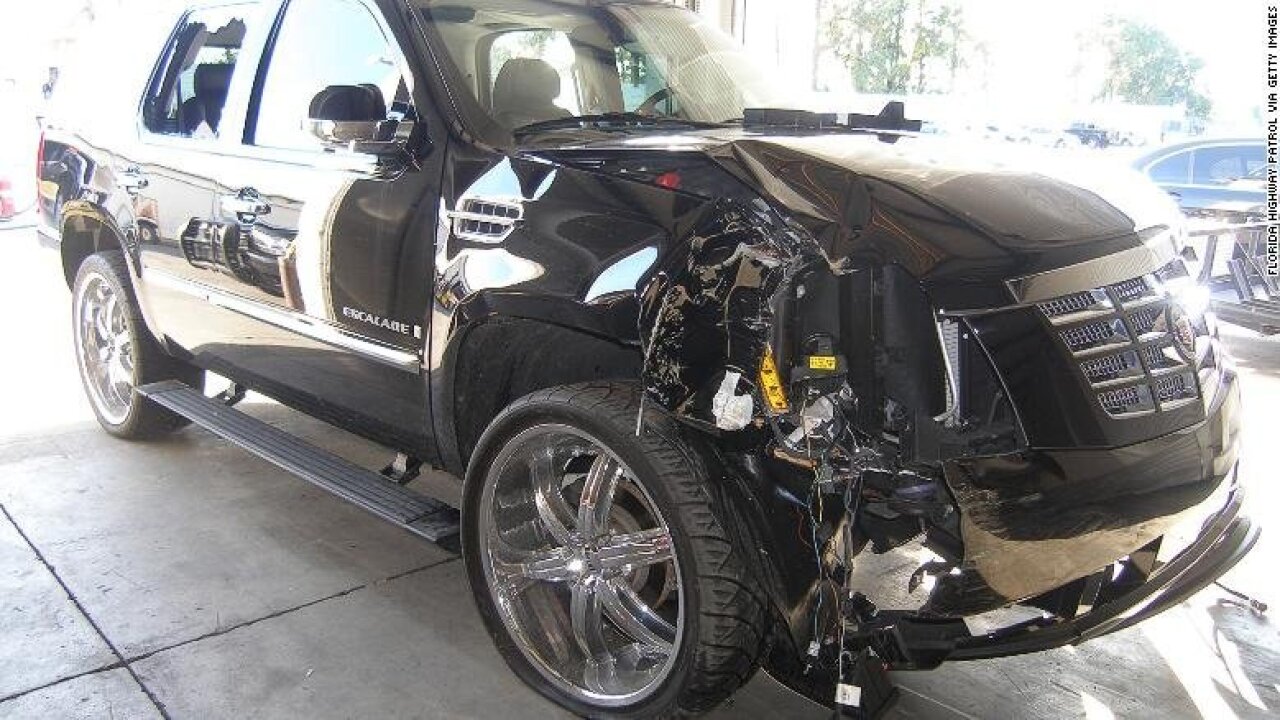 (CNN) -- The reports trickled in, vague and confused at first. There had been some sort of car crash. Tiger Woods was involved. He might be injured.

Fears at first for the health of one of sport's biggest stars, maybe the biggest. Then news of a collision with a fire hydrant and a tree yards from Woods' Florida home, a golf club, a smashed car window, rumors of a row with wife Elin. The trickle became a torrent, as intrigue, gossip and speculation spread like wildfire around the world.

That infamous night 10 years ago this week changed everything. For golf, for sport, for Woods' legend and most of all for Woods' family.

He was, after all, the man who had taken golf into a new realm. His skill, his power, his dedication to fitness, his work ethic and strong values, his mental strength, and his fortitude in blazing a trail as a black man in a white sport, had turned him into a global superstar.

He'd won 14 major golf titles in 11 years and was just four behind the record of the great Jack Nicklaus. And though slowed by knee surgery after his remarkable 2008 US Open title win, Woods seemed destined to roar right past his countryman. Corporate America couldn't get enough.

But there would be price for that success and Woods was about to pay big time.

READ: Tiger Woods on fame: 'I don't like it, never have.'

Ironically, it was the fire hydrant which ignited the smouldering tabloid tales into an full-blown inferno. Before, Woods' narrative had looked clear. After, nothing was clear any more.

First, there was the statement admitting his "transgressions" and saying he had "let my family down."

A number of sponsors such as Gillette, Accenture and AT&T cut ties with Woods and he announced an "indefinite" break from golf.

Then there was the stay at a Mississippi addiction clinic, and the embarrassment of a mea culpa press conference at the PGA Tour headquarters in Florida.

"I was unfaithful. I had affairs. I cheated," he told a select group of friends and family -- his mother Kultida was sitting in the front row -- as well as the world's media.

Woods admitted his actions were "not acceptable," and that he had "stopped living by the core values" he was taught by his parents."I knew my actions were wrong, but I convinced myself that normal rules didn't apply," he said.

There was the return to golf at the Masters, where he earned a stern rebuke from Augusta National chairman Billy Payne, who used a press conference to say Woods "disappointed all of us."

Despite attempts to patch up his marriage, divorce from Elin followed later that year. There was the plummeting form, the swing tinkering, coach and caddie changes, a climb back to world No.1 in 2013, before serious short game yips.

There was also a growing list of injuries, leading to four back operations including spinal fusion surgery, the "dark times" where the pain was so bad he couldn't even get out of bed, or play with his kids, and fears for his future quality of life let alone his top-level golf career.

There were the aborted comebacks, the line leaked from a Masters Champions Dinner where Woods admitted his career was "done," the world ranking plunging outside the top 1,100, the arrest on a DUI charge and an addiction to painkillers used to treat his back.

A police mugshot showing a haggard and puffy-looking Woods provided graphic evidence of just how bad things had got. This wasn't how the story was supposed to end.

But as Woods' rehabilitation from surgery continued, the reports trickled in. And on social media this time. Talk of Woods practising again, videos of him chipping, then hitting full shots.

Early into his comeback in 2018 the signs were promising. This one looked more sustainable. There was a groundswell, too, that the new Woods was a more open, more approachable figure than the aloof iceman at the height of his powers. The water under the bridge seemed to have eased the tension. A burgeoning friendship with long-time fierce rival Phil Mickelson was testament.

When Woods briefly took the lead in the British Open at Carnoustie, the crowd's excitement made the Scottish air fizz with electricity.

Woods was greeted on the final green by his kids Sam and Charlie, who were finally getting a taste of their doting dad near the height of his powers, rather than just as a "YouTube golfer," as he put it.

The following month Woods was the main challenger to Brooks Koepka, finishing second in the US PGA Championship. The scenes of a stampeding mass following Woods as he strode to victory in the season-ending Tour Championship in Atlanta were like a movie clip from his heyday.

It was his first win in five years and a remarkable achievement given his medical history. Questions quickly followed as to whether Woods could win another major. Even so, catching Nicklaus still seemed a stretch.

And then came the Masters this year. Augusta has always brought the best out of Woods, ever since he announced himself on the world stage with a first major title there in 1997. With Woods in contention, the roars reverberating around the Georgia pines on Sunday afternoon were loaded with extra expectation.

The world of sport was gripped. He couldn't, could he?

As his rivals' hopes sunk, many via the water on the short 12th, Woods rose to the top and the unthinkable become reality. At 43, Woods clinched a fifth Masters green jacket and a 15th major title, his first for 11 years. The comeback was complete, and the career obituaries were quickly fashioned into tales of epic redemption.

"To have my kids there, it's come full circle," said Woods, who embraced his mother, Sam and Charlie, and girlfriend Erica Herman after walking off the final green. His father and mentor Earl died in 2006. "My dad was there in 1997 and now I'm the dad with two kids there."

Nicklaus said Woods' win had him "shaking in his boots" as his major record looked vulnerable again.

NBA star Steph Curry called it "the greatest comeback story in sports," while tennis legend Serena Williams said she "was in tears" and said it was "greatness like no other." Former US President Barack Obama joined in the praise, while President Donald Trump awarded Woods the Presidential Medal of Freedom at the White House.

However, all the talk of a new glorious age of Woods seemed premature when he missed the cut in his next outing at the US PGA.

The euphoria had worn off and Woods admitted the Masters had taken a physical and mental toll.

At the Open at Royal Portrush in July he cut a dejected figure, confiding in reporters his catalogue of injuries meant he was going to have his good weeks and bad weeks

At the end of the summer he took time off for further knee surgery, but in vintage Woods fashion, he hit back with victory in Japan to equal Sam Snead's record of 82 PGA Tour victories.

Reflecting on his fame recently, Woods told CNN: "I don't like it. I never have liked it.

"There are friends of mine who are multi billionaires, very successful. They have awesome planes and mega yachts and unbelievable homes and make billions of dollars, and no one has a single clue when they're walking down the street."

The decade has taken Woods to rock bottom and back. Whether or not he will surpass Nicklaus' record remains to be seen, but one thing is for sure -- Woods is still he biggest draw in the game.