Three students hit by vehicle at bus stop in Florida 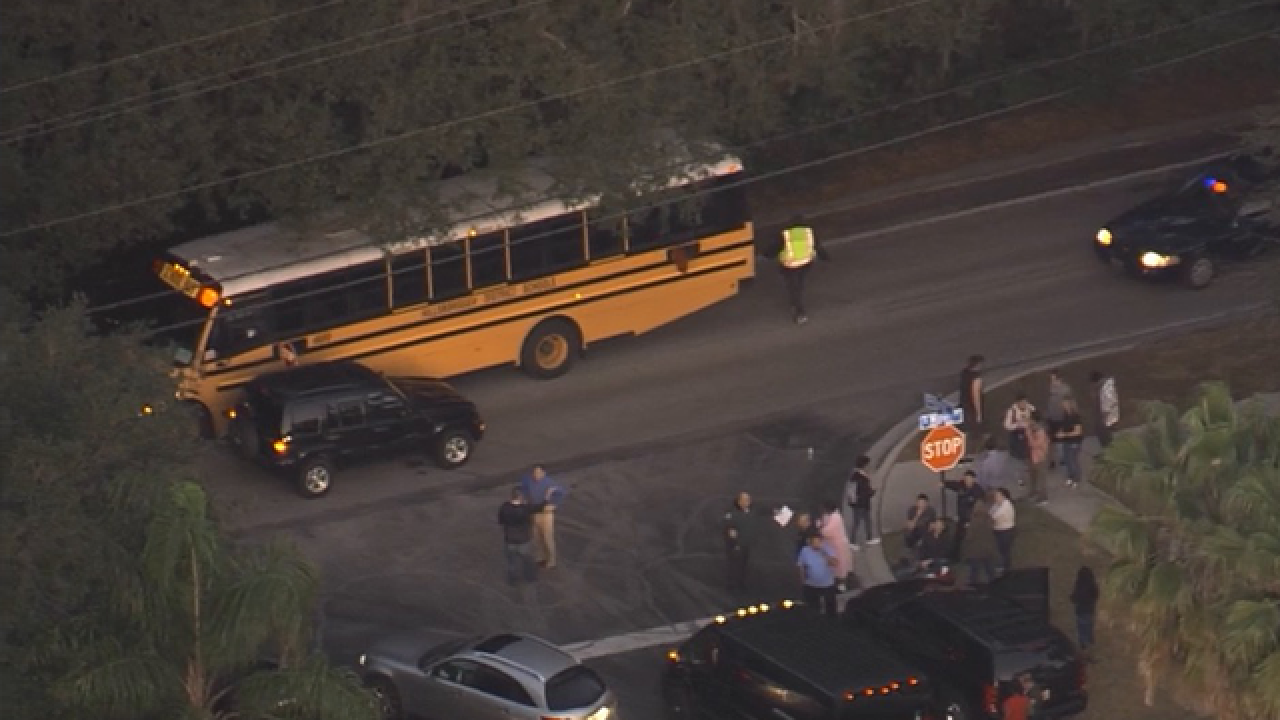 BRANDON, Fla. — Three students were hit by a vehicle at their bus stop on Friday morning in Brandon, Florida. Officials say the driver of the vehicle was also a student.

The students were hit at the bus stop located at 2501 Bonterra Boulevard in Brandon.

The Hillsborough County Sheriff's Office said all three students were transported to the hospital with non-life-threatening injuries.

The name and ages of the victims have not been released at this time.

Hillsborough County Sheriff's deputies and Durant High School administrators are on the scene.

The cause of the crash has not been released at this time.