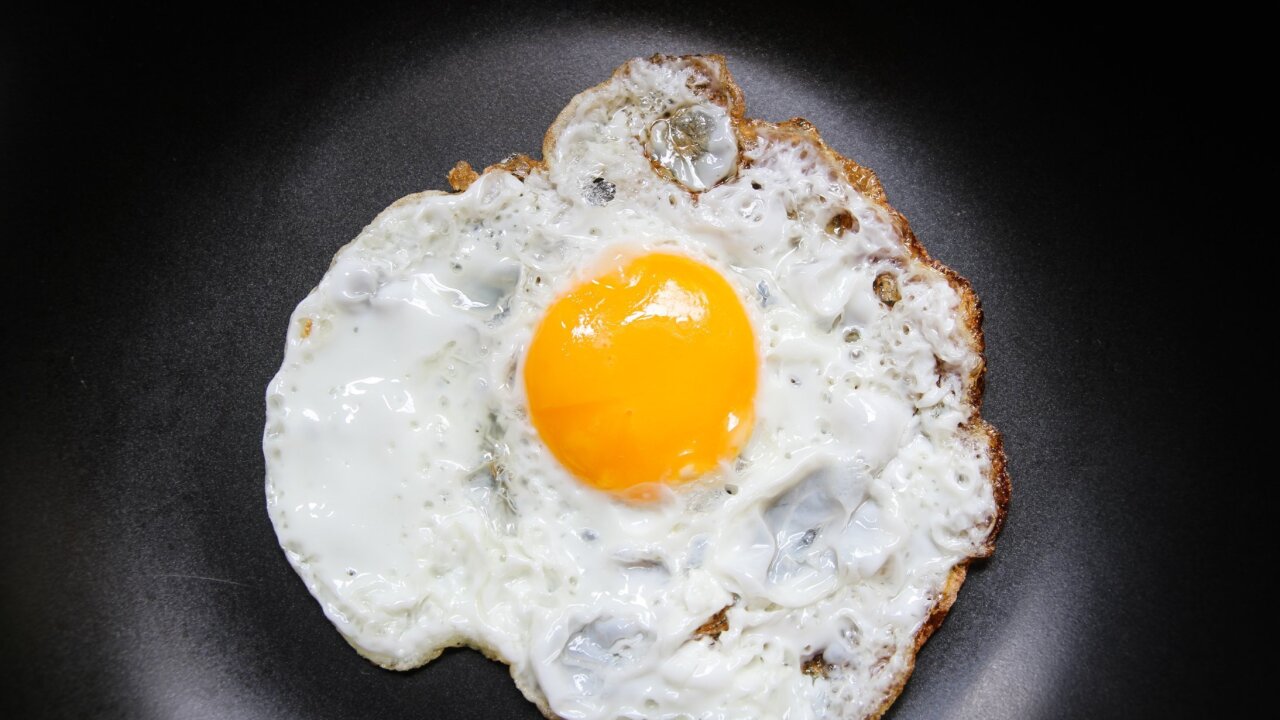 Shutterstock/Shutterstock
**This image is for use with this specific article only** Three or more eggs a day increase your risk of heart disease and early death, study says.

(CNN) -- It's been debated for years: Are eggs good or bad for you? People who eat three or four eggs a day -- or any equivalent of 300 mg of dietary cholesterol -- have a higher risk of both heart disease and early death compared to those who eat fewer eggs, new research finds.

"Eggs, specially the yolk, are a major source of dietary cholesterol," wrote Victor Zhong, lead author and a postdoctoral fellow in the Department of Preventive Medicine at Northwestern University Feinberg School of Medicine in Chicago. In a study published Friday in the medical journal JAMA, he and his colleagues noted that a single large egg contains about 186 mg of cholesterol.

The researchers examined data from six US study groups including more than 29,000 people followed for 17 ½ years on average. Over the follow-up period, a total of 5,400 cardiovascular events occurred, including 1,302 fatal and nonfatal strokes, 1,897 incidents of fatal and nonfatal heart failure and 113 other heart disease deaths. An additional 6,132 participants died of other causes.

A potential reason for inconsistent results in the past was the fact that other studies did not take into account that egg consumption may be related to other unhealthy behaviors, such as low physical activity, smoking and an unhealthy diet. Add to that, cholesterol-containing foods are usually rich in saturated fat and animal protein.

"In contrast, the current study included comprehensive assessment of these factors," wrote Zhong and his co-authors.

In an editorial published alongside the study, Dr. Robert H. Eckel of University of Colorado School of Medicine wrote that this topic is "important" to doctors, patients and the public at large.

Why? "The association of egg consumption and dietary cholesterol with [cardiovascular disease], although debated for decades, has more recently been thought to be less important," wrote Eckel, who was not involved in the research. However, compared with previously published analyses, the new report "is far more comprehensive, with enough data to make a strong statement that eggs and overall dietary cholesterol intake remain important in affecting the risk of [cardiovascular disease], and more so the risk of all-cause mortality," he wrote.

That said, the relationship between eggs and the risks of heart disease and early death is only "modest," he said. Still, since higher consumption than average of either cholesterol or eggs is related to an increase in cardiovascular disease incidents like stroke and early death, the new finding is significant when considering the population at large, he said.

"Considering the negative consequences of egg consumption and dietary cholesterol in the setting of heart-healthy dietary patterns, the importance of limiting intake of cholesterol-rich foods should not be dismissed," he concluded.

Zhong and his co-authors similarly concluded: "These results should be considered in the development of dietary guidelines and updates."

Victoria Taylor, a senior dietitian with the British Heart Foundation , told Science Media Centre that "this type of study can only show an association, rather than cause and effect, and more research is needed for us to understand the reasons behind this link.

"Eggs are a nutritious food and, while this study focuses on the amount we're eating, it's just as important to pay attention to how the eggs are cooked and to the trimmings that come with them," said Taylor, who was not involved in the research. "Eating healthily is all about balance."