This Okla. student is excited she's reading a textbook used by Blake Shelton. Her mother is not 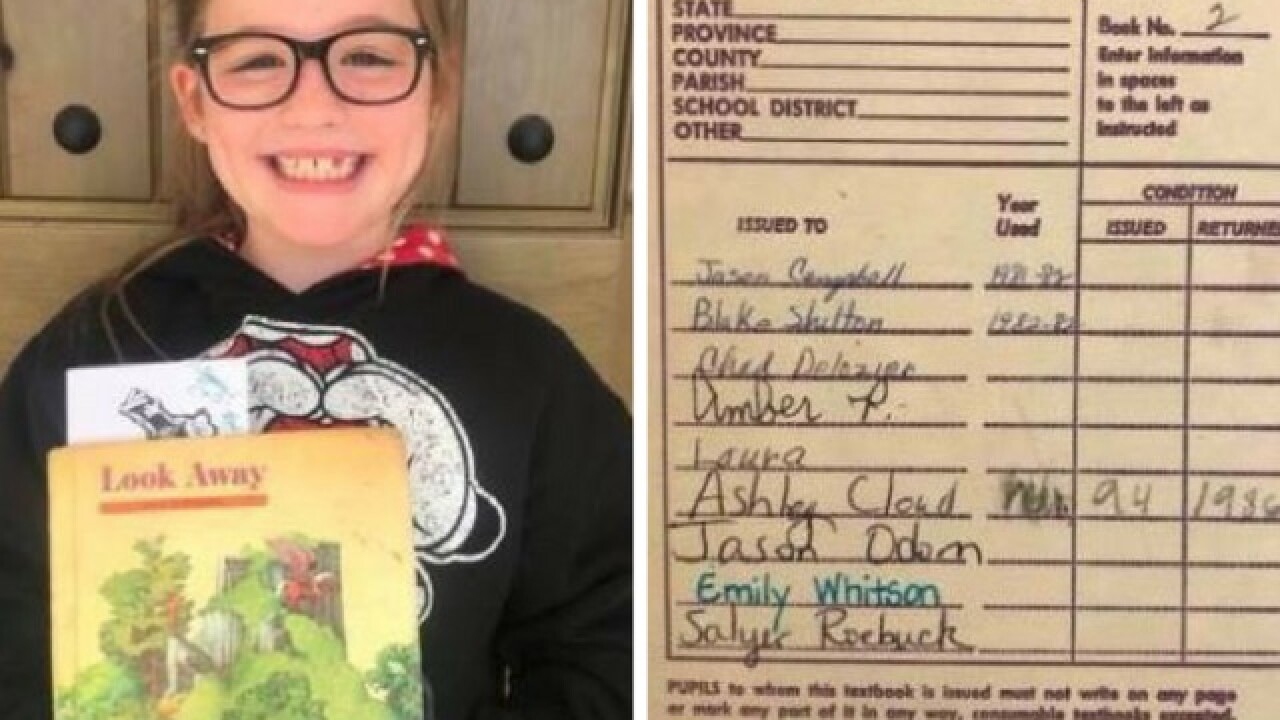 © 2018 Cable News Network, Inc.
<p>Marley Parker holds a book assigned to her that was apparently used by singer Blake Shelton in 1982.</p>

A first grader at Latta Elementary School in Ada, Oklahoma was very excited when she realized one of her textbooks appears to have belonged to country singer and "The Voice" judge Blake Shelton.

While it may have seemed like a cool coincidence to Marley Parker, her mother and former educator Shelly Bryan Parker had a different take on the 1980 textbook.

"Marley is EXCITED that her 'new' reader belonged to Blake Shelton, but I am EMBARRASSED!!!! I'm 40 and these people are my age!!" Parker posted on Facebook .

Shelton, 41, who has publicly talked about his hometown of Ada, appears to have printed his name on the front of the textbook in 1982. Latta school district's superintendent Cliff Johnson confirmed to CNN that Blake Shelton attended Latta Public School "in his younger years" of education, but graduated from a different school.

Parker told CNN that the book, "Look Away (Keys to Reading)" by Louise Matteoni, is very educational and still in good shape.

"My daughter's teacher is an amazing educator, and I'm certain that if she had a way to obtain books that are not 40 years old, she would."

Parker didn't intend for the photo to get as much attention as it did, but hopes it brings more awareness to the current situation Oklahoma's educators are facing.

"I just want the state to come to a resolution that will fully support teachers and their classrooms. As a former educator, this is very important to me. But as a parent, this is crucial as I want the best education for my daughter," Parker says.

Hundreds of teachers in Oklahoma on Thursday packed the state Capitol on the fifth consecutive day of a walkout to protest for more funding , asserting that facilities, equipment and textbooks in their schools are run-down, outdated or in short supply.

CNN has reached out to Blake Shelton for comment.