This astronaut cast his vote from the International Space Station 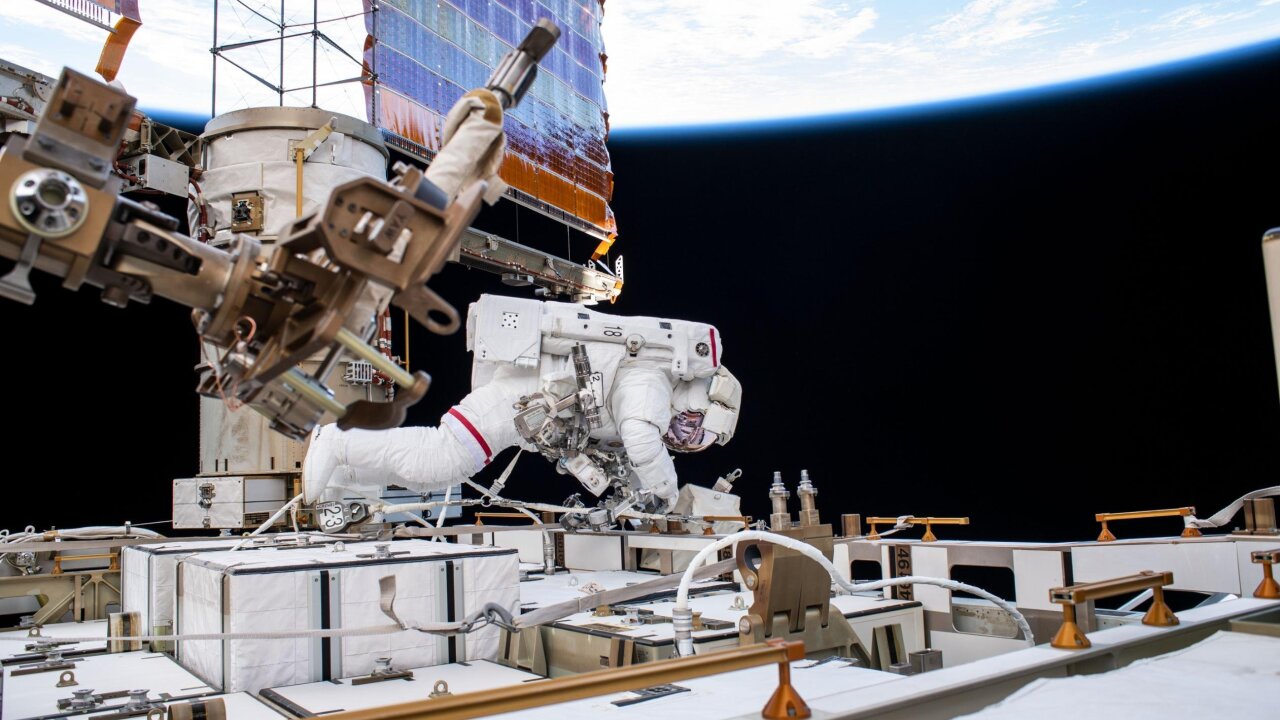 NASA/NASA
Astronaut Andrew Morgan works while tethered on the International Space Station on October 11, 2019 -- a day after elections officials say he cast his vote.

By Ryan Prior, CNN

According to his official biography, Morgan is a physician who was selected to join the astronaut corps in 2013, and completed his training in 2015. He's now aboard the space station as a flight engineer for several expeditions.

The father of four considers New Castle, about 55 miles north of Pittsburgh, to be his hometown. And he voted early in the election held Tuesday.

Ed Allison, who heads up voter registration for Lawrence County, told CNN that Morgan sent in what's called a federal post card application. Elections officials sent Morgan a ballot via email, and gave him a secure password to open it. He made his choices and sent it back to them on October 10.

"We secured the ballot and it will be counted Friday," Allison said.

"This is the first time we ever did anything from the space station," he added. "We've gone out to hospitals and delivered ballots and brought it back. We will accommodate any voter as long as it is within the assets that we have available to us."

A spokeswoman for NASA told CNN she couldn't confirm whether other astronauts currently in orbit had voted in this year's elections.

Many astronauts have voted from space

In a post on Tumblr, NASA noted that a Texas bill passed in 1997 made it possible to vote from space. That bill, signed into law by then-Gov. George W. Bush, came to fruition because most astronauts live in the Lone Star State, NASA says.

For many, the process to vote from space begins about a year before liftoff, when astronauts select which elections they wish to vote in from their perch in the heavens.

They fill out the post card application -- a form of an absentee ballot request -- about six months out and then when the time comes, they set up a secure connection with their local county clerk's office, as Morgan did last month.

Celestial votes have been cast in almost every election cycle.

David Wolf became the first astronaut to vote from space when he cast his vote while aboard Russia's Mir Space Station. In 2004, Leroy Chiao voted from space, NASA said. Michael Lopez-Alegria did it in 2006, and Greg Chamitoff and Mike Fincke followed their civic duty in 2008.

"It felt like an honor and privilege to exercise our rights as US citizens from the International Space Station," Kelly said at the time.