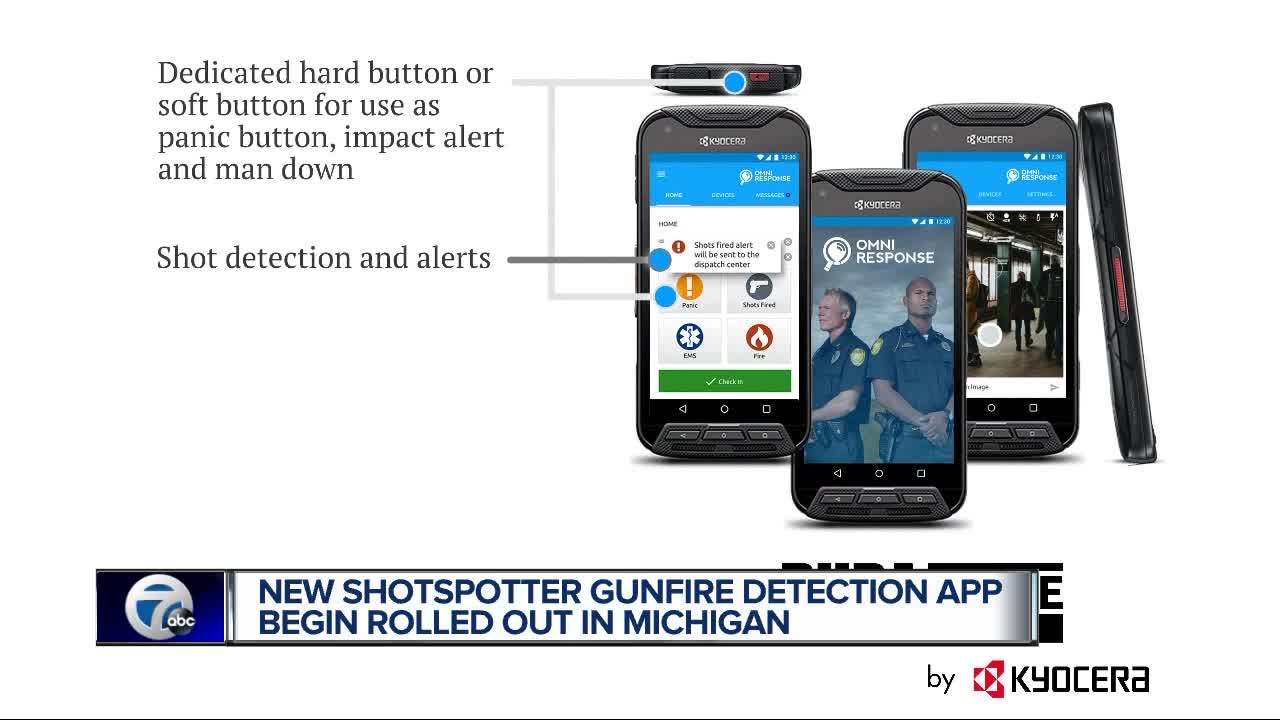 An app that can let police know about gunshots is being rolled out in Michigan.

They say it also can detect when the phone carrier has a serious health issue and falls. And after first-responders are notified, they can turn the phone into a live webcam.

Barry Ellentuck says the app is being marketed to police and first-responders in metro Detroit on Tuesday and then everybody else later this summer.

“The phone will automatically detect and alert any kind of gunfire. More importantly it will detect if an officer has been impacted by any gunfire,” Ellentuck says.

Omni Response has produced videos showing how they’ve tested the app to differentiate gunfire from a firecracker of balloons popping.

Once a detection is made, police receive the notification on web-based software. And the makers say it can keep students safe during mass shootings.

The latest incident was last week in Colorado.

“We actually envision instead of giving teachers guns, give them a cellphone with this application. It will automatically notify the police when, and if, active shooter events happen in campuses, schools, stadiums,” Ellentuck says.

Police can then turn the phone into a live webcam with two-way audio communication to see what’s going on.

The app is only available now for Android and Keyocera and not the iPhone. But the makers say that will be coming later this year.

Watch below for a more detailed overview of the app and how it works.