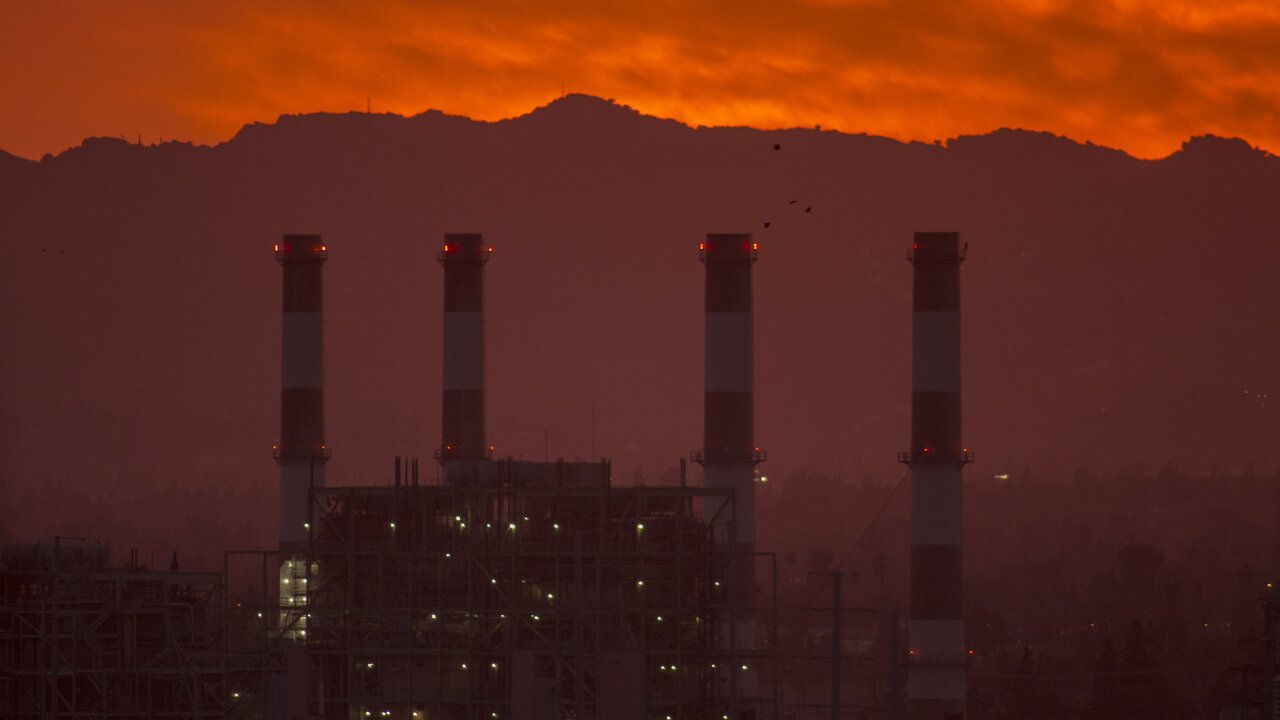 That was the reaction of meteorologist Eric Holthaus to news that atmospheric carbon dioxide levels have reached heights not seen in the entirety of human existence -- not history, existence.

According to data from the Mauna Loa Observatory in Hawaii, the concentration of CO2 in the atmosphere is over 415 parts per million (ppm), far higher than at any point in the last 800,000 years, since before the evolution of homo sapiens.

Holthaus spotted the new high on Sunday when it was tweeted out by the Scripps Institution of Oceanography, which measures daily CO2 rates at Mauna Loa along with scientists from the National Oceanic and Atmospheric Administration.

Measurements have been ongoing since the program was started in 1958 by the late Charles David Keeling, for whom the Keeling Curve, a graph of increasing CO2 concentration in the atmosphere, is named.

"This is the first time in human history our planet's atmosphere has had more than 415ppm CO2," Holthaus said in a widely shared tweet.

"Not just in recorded history, not just since the invention of agriculture 10,000 years ago. Since before modern humans existed millions of years ago," added Holthaus.

During the Pliocene Epoch, some 3 million years ago, when global temperatures were estimated 2-3 degrees Celsius warmer than today, CO2 levels are believed to have topped out somewhere between 310 to 400 ppm.

At that time, the Arctic was covered in trees, not ice, and summer temperatures in the far north are believed to have reached around 15C (60F). Global sea levels during the Pliocene were thought to be a whopping 25 meters (82 feet) higher than today, if not higher.

High levels of CO2 in the atmosphere -- caused by humans burning fossil fuels and cutting down forests -- prevent the Earth's natural cooling cycle from working, trapping heat near the surface and causing global temperatures to rise and rise, with devastating effects.

The release of CO2 and other greenhouse gases has already led to a 1C rise in global temperatures, and we are likely locked in for a further rise, if more immediate action is not taken by the world's governments.

According to 70 peer-reviewed climate studies, in a world that is 2 degrees warmer, there will be 25% more hot days and heatwaves -- which bring with them major health risks and risks of wildfires.

Around the world, 37% of the population will be exposed to at least one severe heatwaves every five years, and the average length of droughts will increase by four months, exposing some 388 million people to water scarcity, and 194.5 million to severe droughts.

Flooding and extreme weather like cyclones and typhoons will increase, wildfires will become more frequent and crop yields will fall. Animal life will be devastated, with some 1 million species at risk of extinction. Mosquitoes however, will thrive, meaning a further 27% of the planet will be at risk of malaria and other mosquito-borne diseases.

That's all at 2 degrees, a target that is increasingly becoming a hopeful one. At a temperature rise of 3 or 4 degrees, we enter a "hothouse Earth" stage that could render many parts of the planet uninhabitable.

All of this has been predicted for decades now. We also know what needs to be done to stop it -- a drastic cut in carbon emissions, reforestation and creation of carbon sinks, and new technologies for carbon capture and other innovations, or, in the words of the Intergovernmental Panel on Climate Change, "rapid, far-reaching and unprecedented changes in all aspects of society."

This can be done, and many are organizing to try to force their governments to take action, but we are running out of time to avoid a world that we literally do not know how to handle.