There is a wave of Republicans leaving Congress, updated again 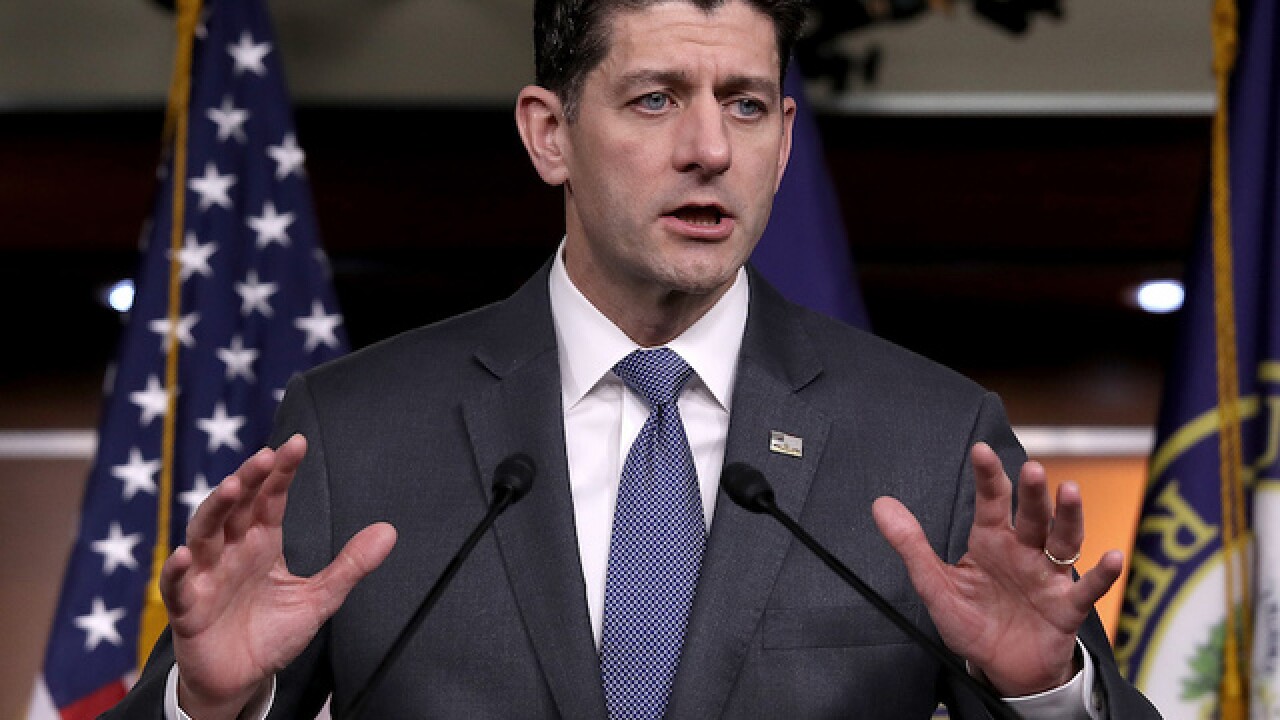 House Republicans are announcing they're leaving office at a significantly faster rate than any other recent Congresses, suggesting Democrats could pick up seats in the 2018 midterm elections. On Wednesday, CNN reported House speaker, Wisconsin Republican Paul Ryan , would be next.

Already, at least 42 House Republicans have announced they are retiring, running for another office or resigning outright, including Ryan. They're leaving from all over the map, from southern New Jersey to southern New Mexico.

Democrats need to pick up 24 House seats to retake the majority from Republicans, who've had control of the House since 2011.

Republican leadership has acknowledged it has a problem.

"We've got to find better ways to empower people where they feel like this is worth their time," Rep. Pete Sessions of Texas, a former two-term National Republican Congressional Committee chair who met with several members to discuss retirements, told the National Journal in September.

But the retirements kept coming.

While midterm elections are historically tough for the party of the President in power, it's too early to tell how things will unfold this year. But seats are opening up all over. A few seats will be filled by special elections before next November. But most won't.

The locations of some of these seats were pivotal during the push for health care reform and tax reform in 2017. Reps. Frank LoBiondo of New Jersey and Charlie Dent of Pennsylvania were courted during the health care debates for their votes. Both have high numbers of Medicaid enrollees in their districts. Property taxes are high in New Jersey, and LoBiondo objected to the repeal of the state and local tax deduction during the tax reform debates.

Some states are seeing higher numbers of open seats. And not all of the vacancies are coming from Republicans. Several vacancies opened in Texas, including the blue 16th Congressional District, won by Democrat Beto O'Rourke in 2016. He announced that he plans to run for the Senate in 2018.

Seats have opened as a result of sexual harassment inquiries or accusations. Among Democrats, Reps. Ruben Kihuen of Nevada and John Conyers of Michigan announced they would leave Congress following pressure to resign, though Kihuen plans to finish his term. On the Republican side, Rep. Trent Franks of Arizona resigned and Rep. Blake Farenthold of Texas announced he will resign , both following sexual harassment accusations.

The campaign committees on both sides of the political aisle are eyeing the 23 Republicans defending districts that Hillary Clinton won in 2016 and the 12 seats held by Democrats in districts that President Donald Trump won. These are seen as vulnerable seats to flip.

But many of the Republican retirements are occurring in districts where Trump narrowly carried the vote, like New Jersey's 2nd or Michigan's 11th. Members from these districts could have faced tough re-elections this year, when Democrats are expected to be strong performers, potentially regaining control of the House.

Republicans who say they will run for other offices are more likely to come from districts where Trump performed well. These members vote in alignment with the President at a high rate. They may count on continued support from his base to propel them into higher office.

With few exceptions, the Republicans and Democrats who are retiring largely vote along party lines. They also have levels of support for the President's agenda similar to those of their respective parties.

Past research has found the emergence of "strategic retirement" by politicians when they think re-election is less likely. The recent results in Virginia and subsequent Republican departures suggest this phenomenon may be in effect.

Here is the full list of representatives so far who have announced that they plan to leave office, broken down by whether they said they will resign, retire or run for another office. Some members resigned before their terms ended.

Scandal has also led to some resignations. Rep. Tim Murphy of Pennsylvania announced he would retire after the anti-abortion GOP congressman admitted that he had had an affair and had urged an abortion .