The Week Ahead: Doves still crying for Prince 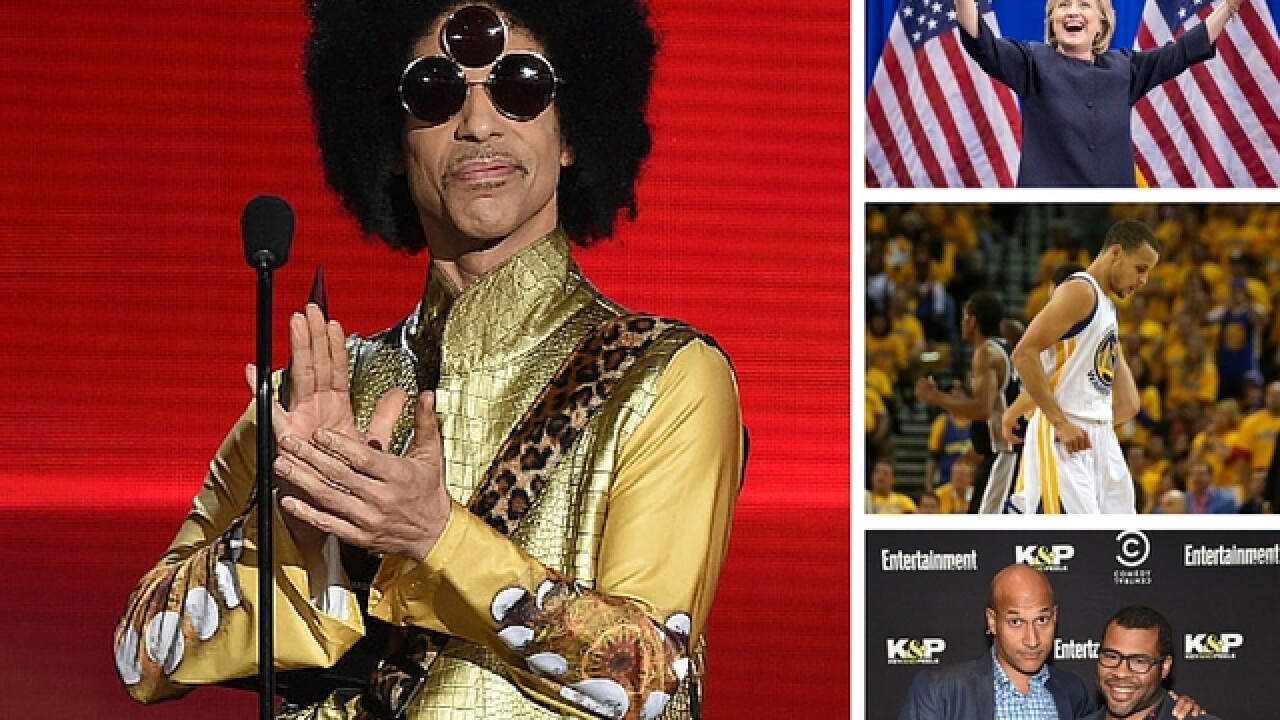 Music fans across the country and world were saddened to hear the unexpected and shocking news of the death of pop giant Prince. Throughout the week, artists, musicians and cities across the country paid tribute to an entertainer that defined an era.

More tributes are planned for this week, including this week’s cover of the New Yorker, which was announced just hours after news of Prince’s death broke.

In honor of Prince, an early look at next week's cover, "Purple Rain": https://t.co/lF0Nwyd7q8 pic.twitter.com/myN15OxsCO

This week also marks the one-year anniversary of the death of Freddie Gray, who died while in custody of the Baltimore Police Department. Gray’s death sparked riots in Baltimore and protests across the country, and has continued a dialogue about police violence towards minorities across the country.

POLITICS
Donald Trump and Hillary Clinton inched ever closer to their respective party’s nominations last week with huge wins in the critical state of New York. This week, the pair hope to keep the momentum going this week, as Republicans and the Democrats in five east-coast states will hit the polls on Tuesday.

Pennsylvania will prove to be the biggest prizes, as the Democrats will battle for 210 delegates, and the Republicans will fight for 71 in a winner-take-all format. Voters from Maryland, Connecticut, Delaware and Rhode Island will also hit the polls on Tuesday.

MUSIC
Earlier this month, Cheap Trick, Chicago, Deep Purple, N.W.A. and Steve Miller were inducted in the Rock and Roll Hall of Fame at a special ceremony from the Barclays Center in Brooklyn, New York. On Saturday, HBO will air a special event featuring the live performances, remembrances and induction speeches. The special airs on Friday at 8 p.m.

SPORTS:
The Houston Rockets shocked the NBA on Thursday when they defeated the Golden State Warriors 97-96 to cut their deficit in the first-round series to 2-1. But the bigger story behind the Warriors’ loss was the absence of three-point machine Steph Curry, who missed his second-straight game with an ankle injury.

Curry is expected to return to the lineup on Sunday, but Golden State will be keeping a close eye on his ankle for the remainder of the postseason. With the Warriors chasing history, they can’t afford an injury to the best player on the planet.

MOVIES
Keanu
Keegan-Michael Key and Jordan Peele, the masterminds behind the critically acclaimed Comedy Central sketch show Key & Peele, team up to search for a lost cat in an action comedy flick to be released on Friday.

Mother’s Day
Mother’s Day is the latest holiday to receive the Garry Marshall treatment: A star-studded cast, multiple storylines with characters criss-crossing paths and — most likely — a happy ending.