The victims of Alabama's tornadoes include 4 children, 7 people from one family 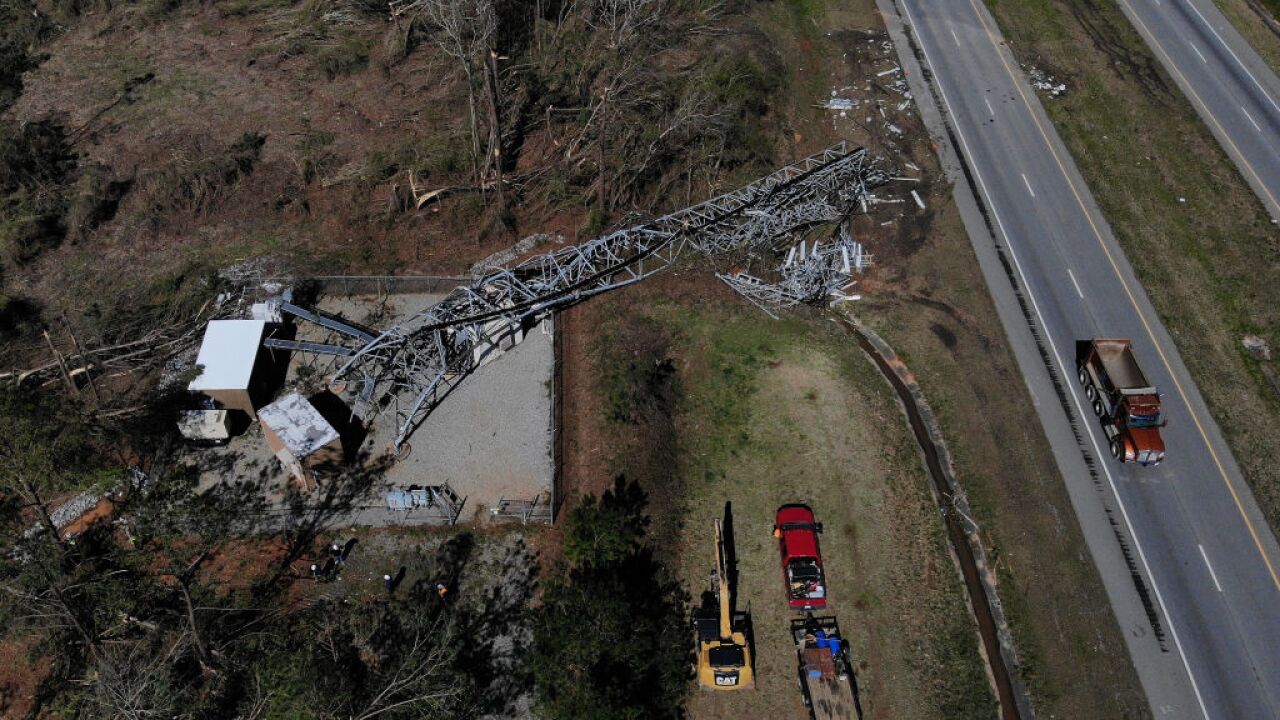 Four of the 23 people who died in this weekend's powerful tornadoes were children, and one family lost seven people, according to Lee County, Alabama, Coroner Bill Harris.

The youngest victim of the deadly storms was 6 years old, Harris said in a news conference Tuesday, and the oldest was 89.

A devastating series of tornadoes ripped through Lee County on Sunday, leaving a path of destruction that county Sheriff Jay Jones said looked "as if someone had taken a blade and just scraped the ground."

The search for survivors and more victims began Monday as emergency crews and residents witnessed the destruction left by the twisters. Officials say 77 people were initially admitted into hospitals, and as of Monday 10 remain hospitalized.

Jones said the death toll might rise as search and rescue efforts continue. Most of the bodies were found in close proximity to the victims' homes, he added.

The family that lost seven members was related by marriage and lived in two separate homes on the same road. Another seven or eight people are still unaccounted for, and investigators are in the process of contacting families to make sure these individuals are safe.

'Our school feels empty without her'

One of the children was identified Monday as 10-year-old Taylor Thornton, a fourth-grader at Lee-Scott Academy, a private school in Auburn, Alabama. Dr. Stan Cox, head of the school, confirmed Taylor's death to CNN after meeting with her parents.

Taylor was a first-year student at the academy. Cox described her as "an extremely happy child" and said Taylor always had a smile on her face and quickly made friends during her first year.

"She jumped right in with our art program and won honorable mention with one of the school contests," Cox said. "Very inquisitive, she loved learning and always contributed in a positive way. Just a sweet precious child who was constantly happy. She was always pleasant to be around. People were better because they were with her and now our school feels empty without her."

"Our hearts at Lee-Scott Academy are broken this morning. Please pray for the Thornton family, our students, faculty, and staff during this difficult time," the post read.

The school was closed Monday, Scott said, because of significant damage around the school.

Armando was known to his family as AJ and was described as "a precious little man that was loved by everyone," who "was always eager to give hugs and loved his family," according to a post on Facebook by his aunt Tina Melton.

"I can't even type the word," Melton's post read. "I will miss your little smile and your sweet voice and face."