The remains of a World War II aircraft carrier, unseen for 75 years, have been found 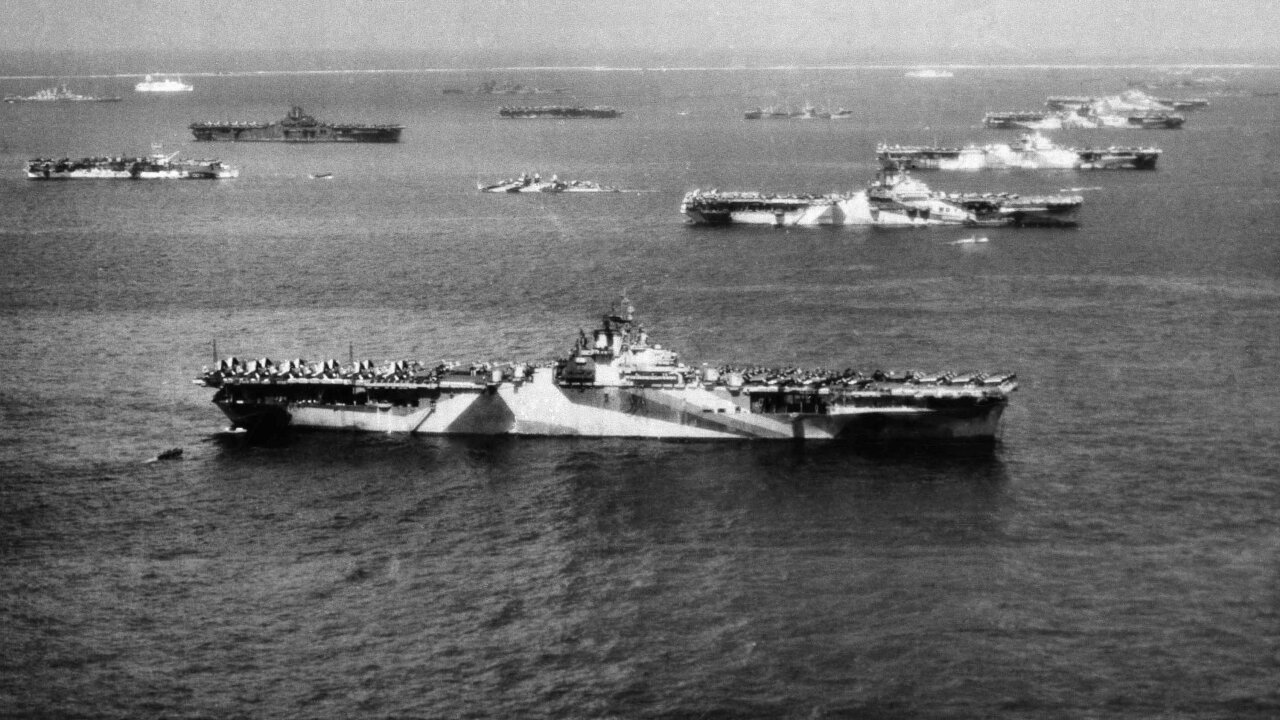 AP/AP
The USS Wasp, far left, rides at anchor in 1945 in the Western Pacific advance base at Ulithi, Caroline Islands, along with other Super Essex-type carriers.

By Ryan Prior, CNN

(CNN) -- Nearly 14,000 feet below the surface of the South Pacific, a remote-controlled research craft has glimpsed the hull of an aircraft carrier, the USS Wasp, that hadn't been seen since 1942.

Word of the sighting comes a month after the Research Vessel Petrel, funded by the late Microsoft founder Paul Allen, discovered another World War II-era shipwreck, the USS Hornet, which sank not far away, off the Solomon Islands. The Petrel in recent years has discovered dozens of wrecks of ships that once flew the flags of the American, British, Japanese and Italian navies.

The Petrel, which sits on the surface, has a crew of 10, who plot the last known locations of old warships and send robots to the depths to rediscover them.

In step with the US Navy's policy of leaving its shipwrecks untouched -- as they are sailors' hallowed graves -- the Wasp's hull will remain in the murky depths. But its rediscovery is giving new life to a heroic story of a bygone era.

A wasp that could sting more than once

For nearly a century and a half, the British had controlled the small island of Malta just south of Italy, using its harbor to dock warships and to project British power throughout the Mediterranean.

During World War II, German and Italian planes dominated the skies and pummeled the island . British Prime Minister Winston Churchill was determined to save the precious fortress.

In April 1942, the USS Wasp arrived to supply a badly needed contingent of dozens of warplanes to the beleaguered Allied forces at Malta, according to a US Navy account. Under fire, the Wasp retreated to a safe harbor in Gibraltar as many of the planes it had delivered were destroyed on the ground.

Determined, Churchill asked US President Franklin D. Roosevelt if the Wasp could deliver "another good sting"; Roosevelt acceded. So, the Wasp set off with another British ship and dozens more fighter planes, arriving in early May back at Malta. The resupply continued, and the Allies held on.

She sank in the Coral Sea

Still, the Wasp's life would be short.

After the Battle of Midway, the US needed more help in the Pacific Theater, as Allied forces fought to pry out Japanese forces, island by island. The Wasp was ordered to escort a contingent of transport ships carrying Marine reinforcements to fight in Guadalcanal.

On September 15, 1942, a Japanese submarine fired a barrage of torpedoes. Two hit other ships, the USS O'Brien and the USS North Carolina. A few others found their mark in the Wasp's hull, igniting a massive fire aboard. She listed heavily, with massive smoke plumes billowing into the air, and sank not long after.

Her crew's resolve lives on

"Wasp represented the US Navy at the lowest point after the start of WWII," retired Rear Admiral Samuel Cox, who leads the US Naval History and Heritage Command, said in a statement. "Her pilots and her aircrew, with their courage and sacrifice, were the ones that held the line against the Japanese when the Japanese had superior fighter aircraft, superior torpedo planes and better torpedoes."

In keeping with a Navy tradition, the USS Wasp's spirit lives on its modern namesake, which now supports naval operations in the Indo-Pacific region.

"We hope this discovery gives remaining survivors and their families some degree of closure," Capt. Colby Howard, who commands the new USS Wasp, said in a statement.