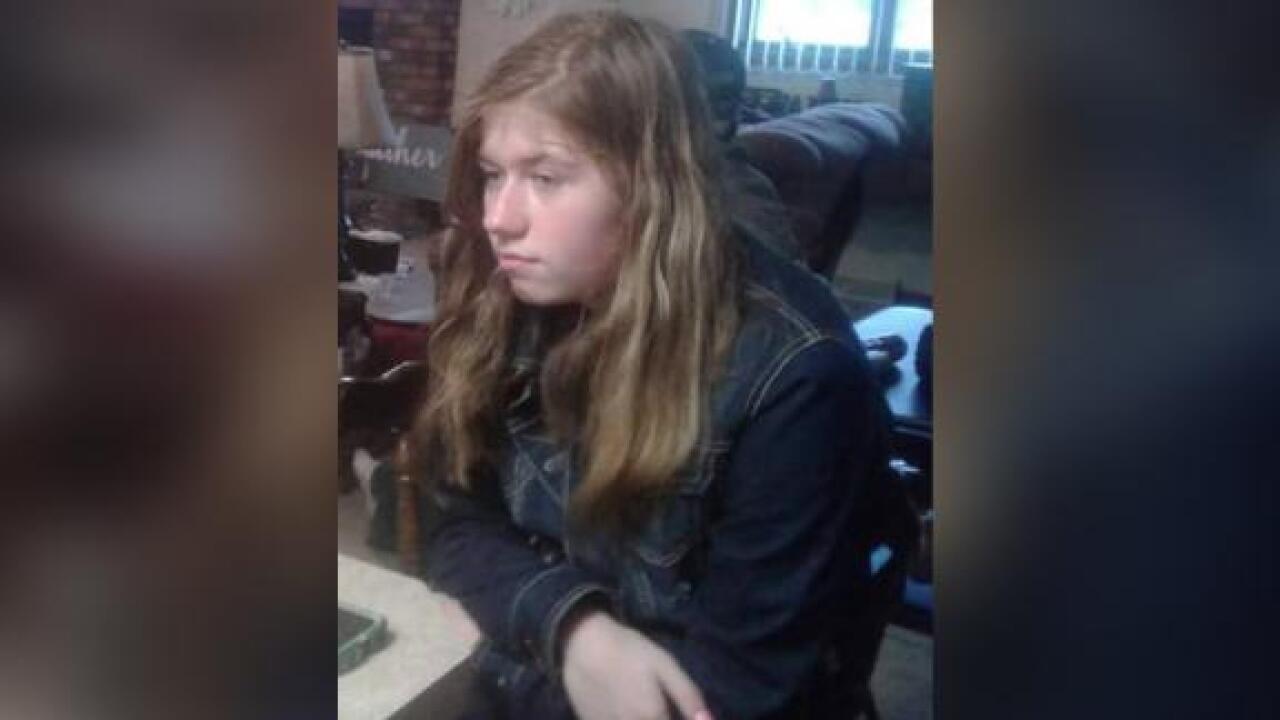 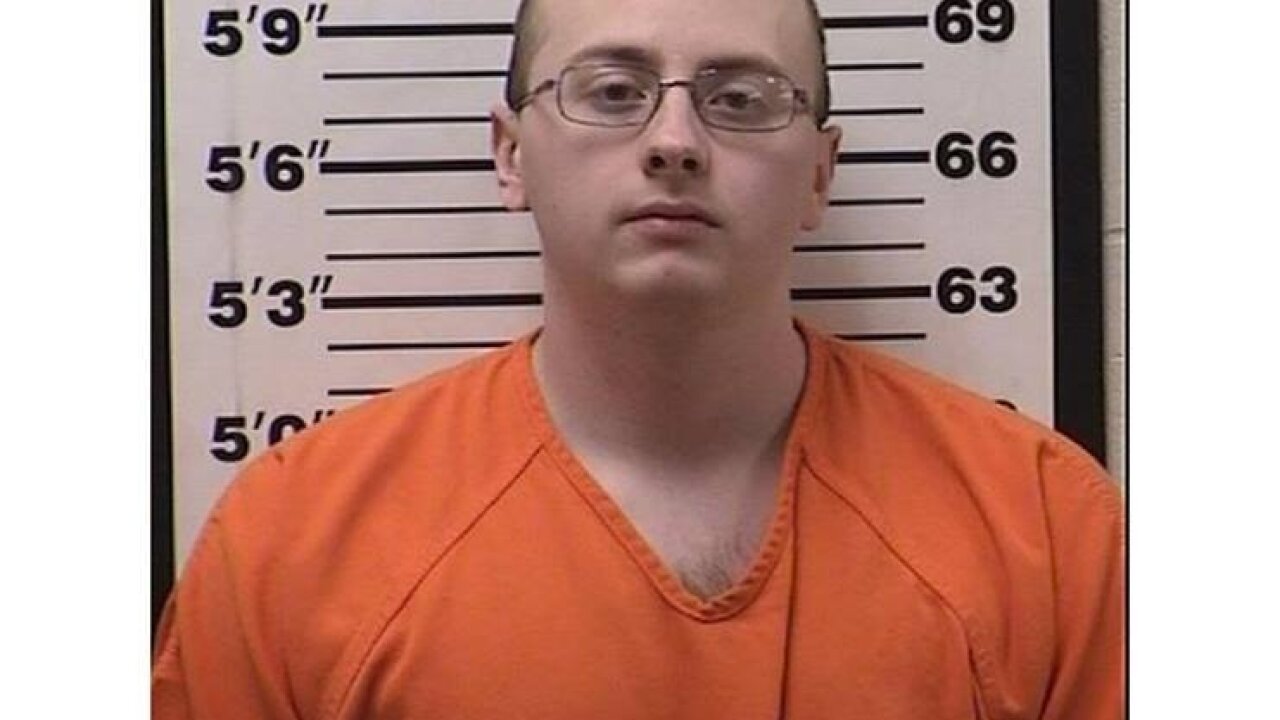 When Jake Patterson left his Gordon, Wisconsin, home for a few hours January 10, he left Jayme Closs hidden under a bed surrounded by heavy bins and weights to prevent her from leaving.

His method to keep her captive had worked for months.

But she wasn't there when he returned. The 13-year-old had escaped, leaving footprints outside.

So, Patterson climbed back into his red Ford Taurus and drove around looking for the girl he had held captive for 88 days, attempting to salvage what had until then been a meticulously executed abduction, prosecutors say.

Police were waiting when he returned.

"I did it," Patterson told deputies as he was ordered out of his car, according to a criminal complaint released Monday by the Barron County District Attorney.

The complaint gives new details into a case that remained a mystery to investigators for three months after Jayme's parents were found shot dead in their home, with Jayme nowhere to be found.

Patterson has confessed to fatally shooting James Closs, 56, and Denise Closs, 46, on October 15 before abducting Jayme from the home outside the city of Barron -- 70 miles from where she was found, according to the complaint.

Patterson made his first court appearance in Barron County on Monday to face charges of intentional homicide, kidnapping and armed burglary. A judge ordered him held on $5 million bail. He is due back in court February 6.

Barron County Sheriff Chris Fitzgerald said Monday that Patterson acted alone and that he had a "very targeted approach and planned out attack" on the Closs family.

He saw her getting on her school bus

Patterson first saw Jayme getting onto a school bus while he was driving to work at the Saputo Cheese Factory, weeks before the abduction, he told investigators.

But he didn't know her name until after he abducted her, and only learned the names of her parents from news programs and social media posts about the killings, according to the complaint.

In the days after spotting Jayme, Patterson said he bought a black balaclava mask from Walmart and drove to the Closs family home twice before the October 15 attack before being scared off by activity there.

"The defendant stated he put quite a bit of thought into the details of how he was going to abduct (Jayme)," the complaint reads, stealing license plates for his car, disabling the interior lights inside and removing the trunk release cord so she couldn't escape.

He meticulously concealed his identity

Patterson told investigators he was set on abducting Jayme the night of October 15 "and was going to kill anyone in the house because he could not leave any eyewitnesses behind," the complaint reads.

He chose his weapon -- a 12-gauge Mossberg pump shotgun -- carefully, telling investigators he thought the caliber bullet "would inflict the most damage on someone and would most likely be the best choice of shell and weapon to kill someone verses a rifle."

Patterson wiped down the shotgun and ammunition wearing gloves so there would be no fingerprints on them. He also shaved hair from his face and his head prior to the kidnapping so that he would not leave any DNA evidence at the scene, according to the complaint.

How the crime unfolded

Jayme awoke after midnight the night of the abduction to her dog barking. Outside, she saw a car coming down the driveway. Patterson had killed his headlights and his engine as he coasted toward the house, he told investigators.

She alerted her parents, she said, and her father went to the door.

Patterson told investigators he saw Jayme's father through the front door window, shining a flashlight outside. At that point, Patterson raised his shotgun and "purposely aimed at James' head," according to the complaint.

Jayme heard the gunshot from her hiding place in the bathtub with her mother, she told investigators. Her mother called 911 from her cell phone -- one of the few clues to investigators as they searched for Jayme after the killings.

"With (Jayme) standing bound next to him in the bathroom, the defendant stated he picked up the shotgun, aimed for Denise's head and pulled the trigger as he started to turn away," the complaint says.

Patterson dragged Jayme from the house and put her in the trunk of his car, he told investigators, according to the complaint.

In captivity, Jayme was made to hide under a bed

When they arrived to the Gordon home, Patterson threw Jayme's clothing, duct tape and the gloves he had worn into a fireplace in his basement, according to the complaint.

Jayme told detectives that Patterson would make her hide under a twin-sized bed in his bedroom when he had friends or relatives over.

When she was under his bed, he stacked totes and laundry bins around the bed with weights and barbells stacked against them so she could not move them without him noticing, the complaint says.

Patterson told detectives that he turned the radio up so that visitors would not hear any noise his captive might make.

'At that point he knew he was caught'

According to the complaint, Patterson said he assumed he had gotten away with his crimes since he hadn't been caught for the first two weeks.

But he arrived home on January 10 to find Jayme gone.

As he encountered police searching for him, Patterson told investigators "it was at that point that he knew he was caught."