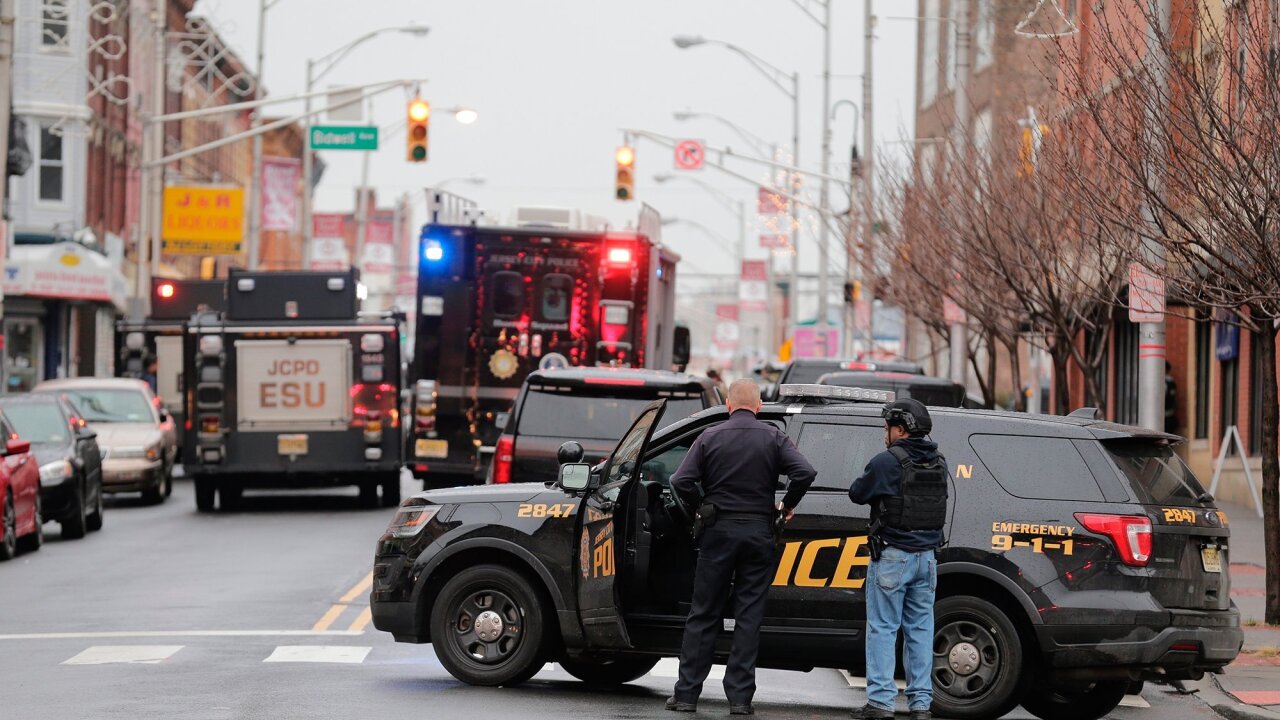 Seth Wenig/AP/Seth Wenig/AP
At least three armored personnel vehicles were on scene at the "active shooting situation" in Jersey City.

(CNN) -- The police officer killed Tuesday in Jersey City, New Jersey, was the department's officer in charge of getting guns off the street, the police chief said.

Detective Joseph Seals and three people believed to be civilians died in the course of an hours-long standoff between two suspects and police, Police Chief Michael Kelly said in a news conference. The two suspects also were killed, he said.

"We believe that (Seals) was killed while trying to interdict these bad guys," Kelly said.

Seals, a 15-year veteran of the department, was a member of the Cease Fire Unit, per the unit's website. It's part of a statewide anti-violence program aimed at limiting gun crimes through community outreach and the confiscation of illegal weapons.

Seals previously worked in the South District, which has a high volume of violent crimes, Kelly said. He was promoted to detective in the last couple of years.

The officer killed Tuesday is believed to have been ambushed, a law enforcement source told CNN Tuesday.

According to Kelly, authorities removed a stolen U-Haul vehicle from the scene. It could contain and incendiary device, he said. It's currently being examined by the department's bomb squad, Kelly said.

New Jersey Gov. Phil Murphy praised Seals for his service in a brief news conference Tuesday evening, saying, "He gave his life in the line of duty and in the name of service to his community."

"Our sadness comes with an immense debt of gratitude for his service and sacrifice. Our condolences are with his wife and children and theri entire family in this extraordinarily tough time," the governor said.

At least two other police officers were injured in the shooting. They were treated at a local hospital and later released, Kelly said.