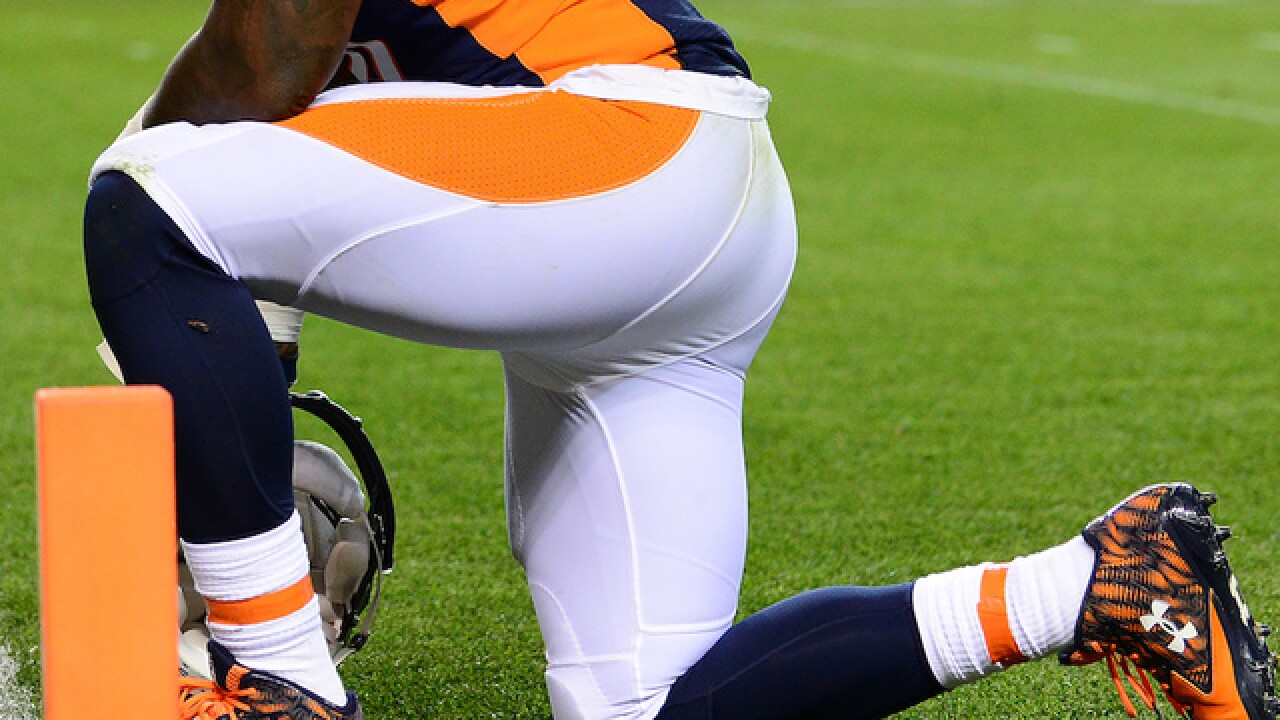 Dustin Bradford
<p>A player for the Denver Broncos takes a knee at the goal line after returning from half time of the game against the Houston Texans at Sports Authority Field at Mile High on October 24, 2016 in Denver, Colorado.</p>

The NFL rejected an ad from a veterans group that wanted to publish in its Super Bowl program.

The full page ad from AMVETS would have featured a military honor guard holding an American flag and the text #PleaseStand at the top of the page. After many NFL players chose to kneel in protest during the singing of the National Anthem before football games, the ad called on players to stand. It also solicited donations.

The NFL said it rejected the ad because it made a "political statement."

"The Super Bowl program is designed for fans to commemorate and celebrate the game, players, teams, and the Super Bowl," said NFL spokesman Brian McCarthy in the statement. "It has never been a place for advertising that could be considered by some as a political statement."

"We respect the rights of those who choose to protest, as these rights are precisely what our members have fought -- and in many cases died -- for," Polk wrote. "But imposing corporate censorship to deny the same rights to those veterans who have have secured it for us all is reprehensible and totally beyond the pale."

AMVETS was founded in 1944 for veterans of World War II. It lobbies on behalf of its more than 250,000 members and provides services to veterans.

The league tried to help the group create an acceptable ad.

The league and the group proposed a number of possible versions of the ad, but they couldn't agree, according to McCarthy. The program eventually went to print without a final version of the ad ready.

The NFL does not sell the advertising for the game itself. A third-party sells the ads and the league approves the content.

The protest began last season when former San Francisco 49ers quarterback Colin Kaepernick knelt during the National Anthem to protest mistreatment of black Americans, particularly by police. Although Kaepernick did not play this season, other players followed his lead and began kneeling this year.

The controversy reached a flashpoint in September when President Donald Trump said the NFL should fire any player who kneels.