Most successful company founded each year 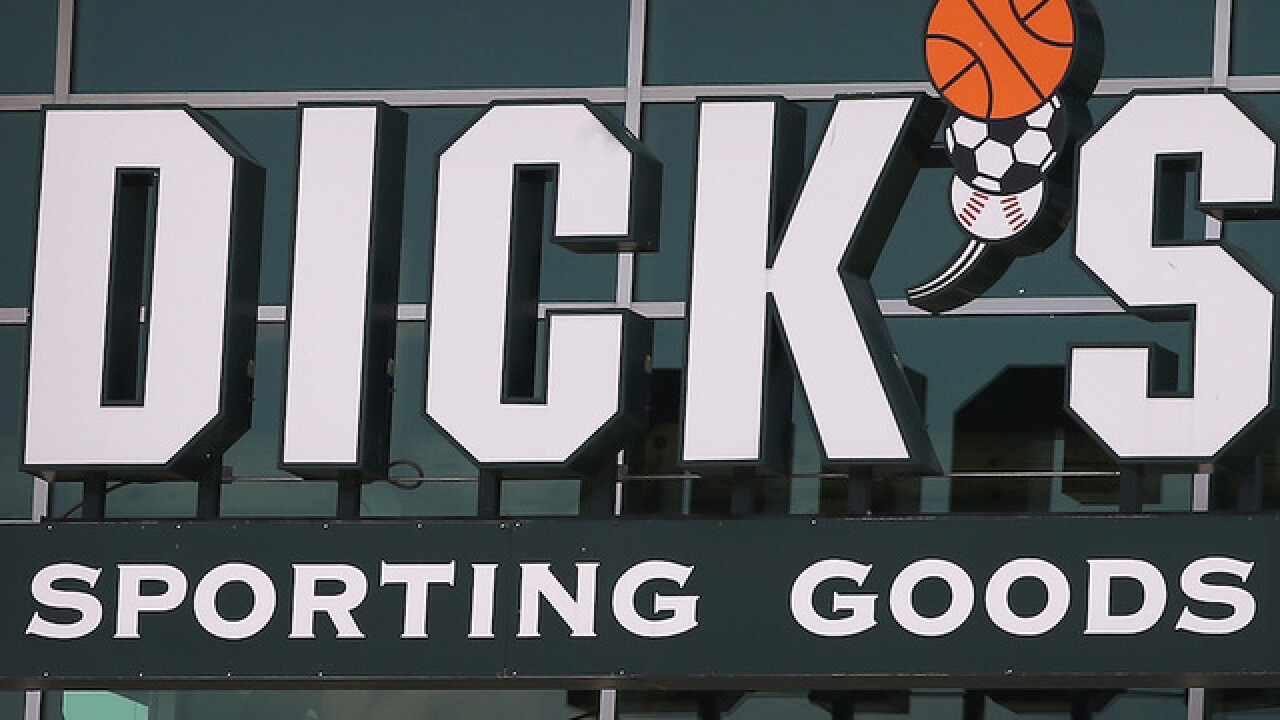 About 50 percent of all businesses fail within five years. Only a quarter make it to the 15-year mark. Even then, the majority of survivors will be small operations, often based in a home.

So it is that companies like Anthem, VISA, Microsoft and Facebook are the extreme exceptions, businesses that not only beat the odds, but went on to become household names, creating thousands of jobs and redefining their industries.

At FindTheCompany, a data site that’s part of the Graphiq network, we went back to 1944 to find the most successful company founded the year you were born. In order to define success, we ranked more than 10,000 companies traded on U.S. exchanges by recent market capitalization (calculated in late March, 2016). A company’s market cap is essentially its total net worth: the number of shares outstanding multiplied by the share price.

Determining the exact founding year for some companies can be difficult, given the frequency of spinoffs, mergers and acquisitions. For this reason, we turned to Field-Ritter, which carefully tracks the history of every business with an IPO from 1975 through the present day. For example, Field-Ritter defaults to the oldest founding year among two merging companies, even if the name of the original company changes.

Most of today’s big companies — even those founded in the '40s and '50s — went public in this modern timeframe, but it’s worth mentioning that our dataset might miss a few businesses that IPO’d in the mid 20th century.

Every company on this list is a big success story. Each grew from nothing, maintained a strong market position and created an enduring brand that thrives to this day. We’ll start in the 1940s, then work our way up to 2015.

This Indiana-based insurance company's origins began with Mutual Hospital Insurance and Mututal Medical Insurance, formed in the mid-1940s. Decades later, the company has expanded to become a major insurer across 14 states.

Hibbett Sports began as a modest shop in Birmingham, Alabama. Today, it operates in 32 states, most prominently in Alabama, Texas and Georgia as of 2015.

This familiar makeup, perfume and hair products brand is headquartered in Manhattan and splashed across department stores throughout America. The company owns dozens of cosmetic brands, including Tommy Hilfiger, Clinique and Aveda.

This Latin American company began as the national airline of Panama. By 2014, the company had expanded its fleet to 98 airplanes.

Once a simple Pennsylvania sporting goods store, Dick's Sporting Goods is now just about everywhere, operating in 47 states as of early 2016.

Grand Canyon Education owns for-profit Grand Canyon University, a private Christian university founded in 1949. The parent company purchased the institution in 2004 and moved the school to a for-profit model.

This agency finds employees to fill business needs, whether through temporary staffing, contracts or other sourcing.

Zoetis is the largest provider of medicine and vaccines for pets and livestock.

Started by Southern National Gas Corporation (later, Sonat) in 1952, the company began as an Alabama-based offshore drilling outfit. It was added to the S&P 500 in 2013.

William Lyon Homes has been planning and building homes for more than 60 years. The company currently offers services across six states.

The company manufactures and sells wood products, from consumer lumber to home-building to commercial construction.

Over the years, TJX has come to own classic American brands in apparel and homegoods, ranging from T.J.Maxx to HomeGoods to Marshalls.

What began as a single, modest auto parts store in Springfield, Missouri, has expanded to a massive retail chain with more than 4,500 locations across the U.S.

VISA can trace its roots back to Bank of America's 1958 BankAmericard program. It expanded internationally in 1974. Today, it serves more than 200 countries.

The business started as Rogers Publishing Company, which would index product catalogs on microfilm to save space and resources. Today, the company provides data and analysis for decision making in technical industries like defense, aerospace, energy and more.

Two brothers borrowed $900 (after a $500 down payment) to buy their first pizza store. Today, it operates more than 12,000 stores worldwide.

In its early history, Plantronics developed specialized headsets for airline professionals and call center employees. More recently, the company has expanded to all sorts of audio equipment, including gaming and Bluetooth.

Spirit Airlines began as Clipper Trucking Company in 1964, but transitioned to an airline over the next several decades. Today, it is a low-cost airline with service to 52 destinations.

Dolby Laboratories began in 1965. Founder Ray Dolby wanted to develop noise reduction technologies. Today, the company has grown to nearly 2,000 employees and produces audio products and services across the industry.

MasterCard began when a group of California banks created the Interbank Card Association. Today, the company processes transactions for more than 150 currencies.

HCA had modest beginnings, with just one hospital (Park View) in the early days. By 2014, the company was operating 168 hospitals and 113 surgery centers.

The Gap began in San Francisco in 1969, but has expanded to other famous brands since. The company purchased Banana Republic in 1983 and launched Old Navy in 1994. To this day, the iconic "1969" founding date appears on several items of Gap clothing.

What started as Federal Express Corporation in Little Rock, Arkansas, has expanded to a massive shipping and delivery company. Scientist and web cartoonist Randall Munroe estimates that FedEx's bandwidth (AKA capability to transfer large amounts of data) is still greater than that of the entire internet.

Carnival Corporation started as the Carnival Cruise Line, but has gone on to become the single largest cruise ship operator in the world. Some estimate Carnival owns a slight majority of the market (52 percent).

Established by the Chicago Board of Trade, CBOE has grown to become the largest U.S. options exchange.

This IT products and services company started by selling processing supplies for mainframe computers, but has continued to adapt to the advance of technology, including modern-day cloud service solutions.

Founded by Bill Gates and Paul Allen, the modest tech geek outfit grew to become the dominant face of consumer and enterprise computing in the 1990s, and remains one of tech's biggest players to this day.

St. Jude Medical began by producing artificial heart valves, but has grown into a leading medical device company with customers across the globe.

Linear Technology Corporation manufactures integrated circuits for use in technology products in a dozen industries, from automative to medical, consumer to military.

CNOOC is the largest producer of offshore crude oil and natural gas in China.

Costco began under the name Price Club in a converted airplane hangar in San Diego, although the first official Costco opened in Seattle in 1983. In 2015, it became the second-largest retailer in the world behind Walmart.

Started by a husband-wife pair at Stanford University, Cisco (which got its name from San Francisco) is now a massive networking solutions company with more than 71,500 employees.

Starbucks' modest origins began in 1971, when two teachers and a writer founded the coffeehouse in Seattle. It wasn't until the enterprising Howard Schultz bought the chain over a decade later that Starbucks' modern history started. Today, the coffee shop boasts more than 20,000 locations worldwide, making it the biggest coffee chain in the world.

This drug manufacturer produces therapies for cancer. In 2013, Forbes named it the No. 2 drug company for financial performance and medical output.

A late-'80s investment management firm, BlackRock now manages more money (approximately $4.6 trillion) than any other investment firm in the world.

What started as a consulting division of accounting firm Arthur Andersen has split off to become the world's biggest consulting firm by revenue.

After opening a single store in 1990, Ulta Beauty has expanded to become the biggest beauty retailer in the United States, with more than 20,000 individual products.

Nvidia started out as a standard chip maker, but has expanded its reach to the gaming, visualization, data and auto industries. Nvidia's GPUs remain a staple in the computing business.

Jeff Bezos left a swanky Wall Street job when he saw the potential of the emerging internet and dreamed up "the everything store." Today, Amazon is the world's biggest online retailer.

EBay began as a side project and hobby for entrepreneur and tech geek Pierre Omidyar. With the explosion of e-commerce, however, it rapidly grew to become the go-to website for secondary market shopping (i.e. buying used goods from other users).

In an attempt to privatize various businesses, the Taiwanese government spun off Chunghwa Telecom in 1996. Today, it is the country's largest telecommunications company and it trades on the U.S. stock market.

Known early on for their Name Your Own Price service, Priceline has expanded its brand portfolio to include OpenTable and KAYAK, among others.

When Stanford students Larry Page and Sergey Brin set out to organize the internet's information, they created Google. It would become the most powerful company on the internet. While the company changed its corporate identity to Alphabet, Google's core, most successful product remains Search.

Sometimes considered the Chinese Google, Baidu offers a variety of services, though its Chinese-language search portal is the most popular.

ITC Holdings provides electricity services to much of the Midwest, with coverage across more than a dozen states.

Antero Resources is an oil and natural gas company that operates in the Appalachian Basin. The company targets unconventional oil and liquids-rich natural gas properties.

An idea that started at a Truckee, California diner wound up producing HR and finance software used by more than 700 customers worldwide.

NXP's origins lie in integrated circuits under the company name "Signetics." Since then, the company has chanced its name to NXP Semiconductors, and has expanded to cover connected cars, cyber security, wearables, the Internet of Things and more.

The real estate investment trust serves as a landlord for many locations of popular retail and grocery store brands, including Kroger, Walmart, Target and more.

Weibo is a Chinese-language social media platform with a focus on news, discussion and content sharing.

Tesoro owns and operates more than 3,500 miles of pipelines for transporting oil and natural gas, largely west of the Mississippi.

Phillips 66 formed this master limited partnership that includes a variety of assets, including oil pipelines and receiving facilities.

What started as Hewlett-Packard and Agilent's test division became an independent company in 2014. The company won a market leadership award from Frost & Sullivan for its industry-leading products, such as oscilloscopes, multimeters and atomic force microscopes.

This Appalachian Basin energy company was created by EQT Corporation. The new limited partnership is focused on acquiring midstream assets for oil and natural gas production.