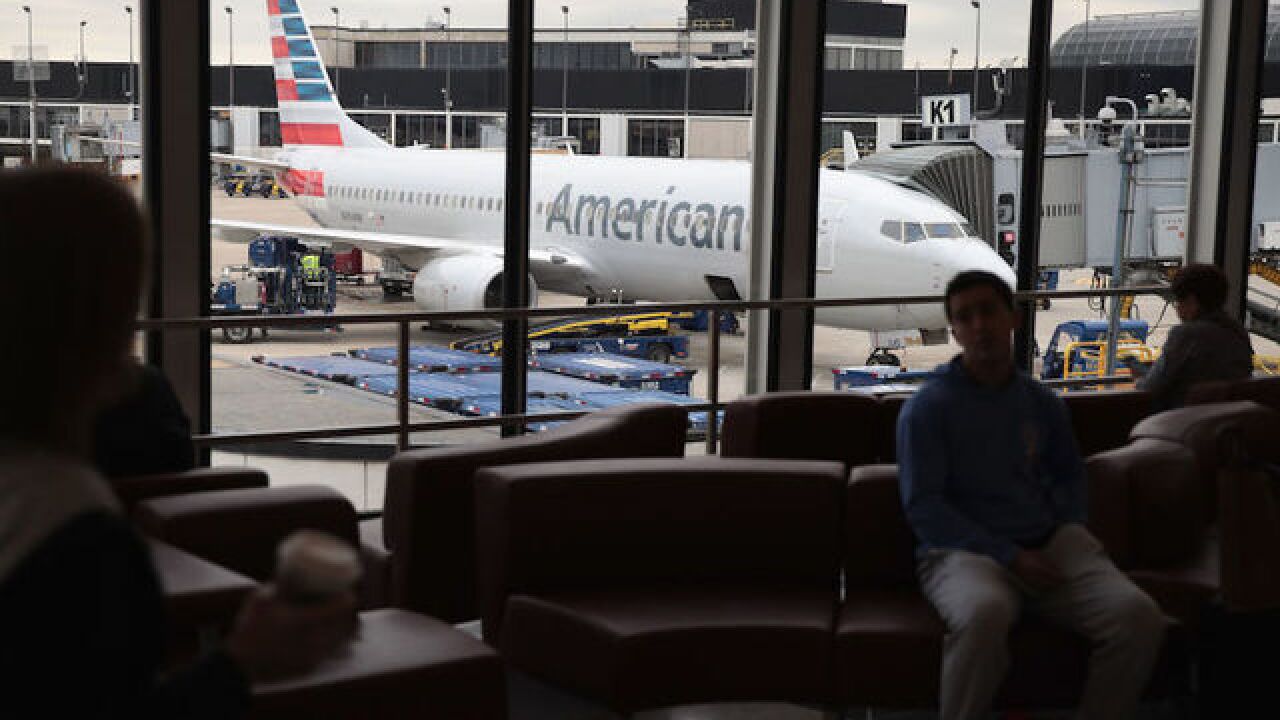 Image copyright 2018 Getty Images. All rights reserved. This material may not be published, broadcast, rewritten, or redistributed.
Scott Olson
<p>An American Airlines aricraft sits at a gate at O'Hare International Airport on May 11, 2018 in Chicago, Illinois. </p>

The human fetus discovered Tuesday in a plane lavatory at LaGuardia Airport in New York had a gestational age of 5 months, scientists at the city's Office of Chief Medical Examiner have determined.

The revelation came a day after an American Airlines crew found what they said appeared to be a fetus during a scheduled cleaning, according to the airline.

The plane arrived late Monday at LaGuardia from Charlotte, North Carolina, and the discovery was made around 5 a.m. Tuesday, airline spokesman Justin Franco told CNN.

"As we continue to learn more about this tragic and sensitive situation, we are actively cooperating with law enforcement in their investigation," a statement from American Airlines said.

The gestational age is the length of a pregnancy from the first day of the last menstrual cycle. At about 5 months gestational age, a fetus begins to have the look of a newborn but likely would not survive outside the womb, according to the American Pregnancy Association.

The Port Authority Police, which has jurisdiction over LaGuardia, deferred calls on the incident to the Queens District Attorney's office, where a spokeswoman said officials are looking into the matter.