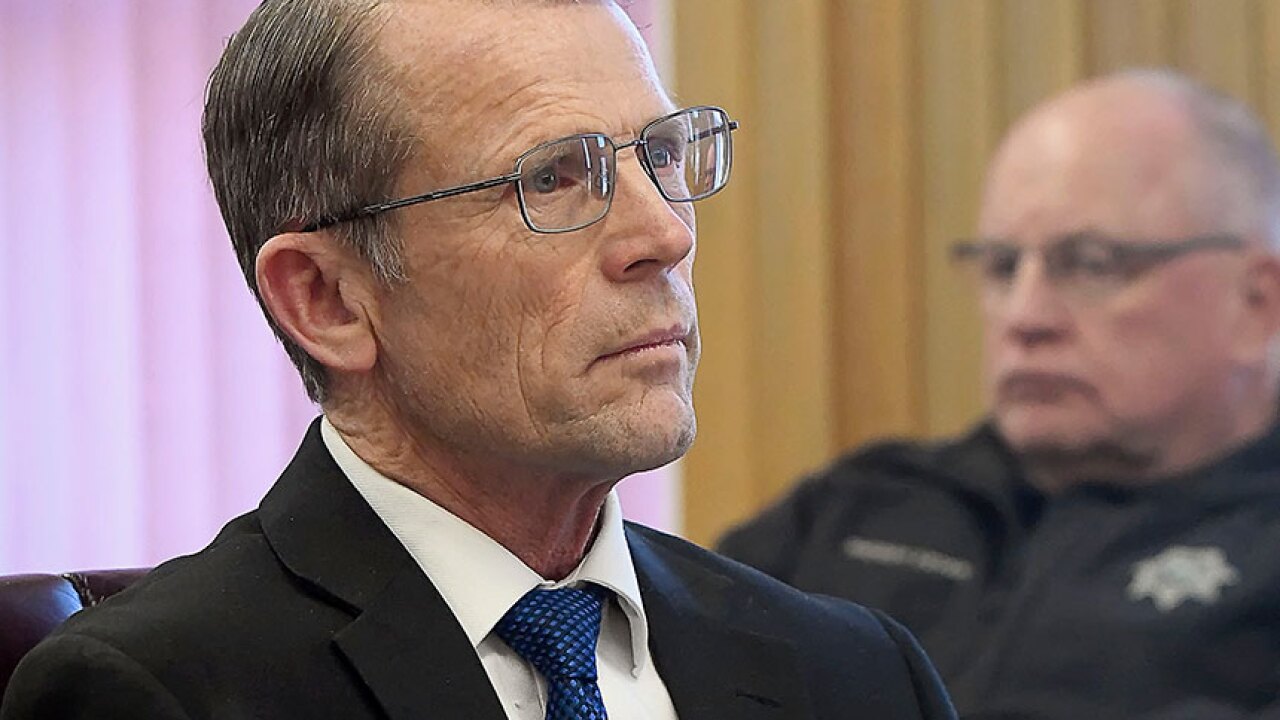 Preston (EastIdahoNews.com) -- An Idaho science teacher who ignited worldwide controversy after feeding a puppy to a snapping turtle was found not guilty of animal cruelty Friday evening.

A panel of six jurors delivered the verdict to a packed courtroom after deliberating less than 30 minutes following the two-day trial in Franklin County. Robert Crosland, the Preston Junior High School teacher, smiled as the verdict was read and afterward spoke publicly for the first time since the March ordeal.

“I would just like to thank all of the support that I’ve received,” he said. “I’d like to thank this community for staying behind me. It’s really what got me through all of this.”

Crosland fed the sick puppy to a turtle named Jaws at Preston Junior High School after hours in front of a few students. Following an investigation by the state attorney general, he was charged with misdemeanor animal cruelty.

Shane Reichert, one of Crosland’s defense attorney, admitted that some people might take issue with a snapping turtle eating a puppy but Reichert argued that in the eyes of the law, there is no difference between the dog and a rat or even deer people hunt.

“As we set out from the beginning, we thought the State was going to have a difficult time proving this case beyond a reasonable doubt,” Reichert said.

Idaho Attorney General Lawrence Wasden thanked the investigators and attorneys who worked on the case on behalf of his office.

“As prosecutors, our job is to present evidence to the jury. In this case, Mr. Crosland’s peers in Franklin County did not find the state proved guilt beyond a reasonable doubt. I appreciate the jurors’ attention and respect their decision,” Wasden said in a prepared statement.

WHAT HAPPENED IN MARCH

Based on witness testimony from the trial, the timeline leading up to the snapping turtle eating the puppy is as follows:

Crossland’s son, Mario Crosland, received the puppy from a farmer he knew. One of the farmer’s dogs had recently given birth to a litter of puppies, and the farmer was worried the pups were feeding off of the mother too much causing her health to decline. As a result, he started giving the puppies to others.

When Mario received the puppy, he noticed it was sick. He said in his testimony that the puppies eyes were cloudy and it refused to eat. He said he and his sister tried to nurse the puppy back to health, but after a day it was clear the puppy was going to die. He said no matter what they did, it refused to eat.

They gave the puppy to their dad who decided he would feed it to either his python, Monty, or the snapping turtle.

Crosland arrived at school and attempted to feed the puppy to Monty but the snake didn’t eat it. The teacher then took the pup out to his van and continued with his regular teaching schedule.

After school ended, Crosland stayed to help a student with a project. He mentioned to the few students in his classroom that he needed to feed his animals and asked if anyone would be offended because a puppy would be involved.

The witnesses all testified Friday that they did not have a problem with it.

Crosland let the students handle the puppy. Most of the witnesses said they noticed it was sickly, lethargic and its ribs were sticking out. A couple noted the puppies eyes were cloudy.

Witnesses testified the puppy tried to swim for a couple of seconds then the turtle pulled the puppy under the water.

Instead of eating the puppy right away, the turtle waited for it to stop moving which took around 30 seconds.

A few of the witnesses said the puppy could barely move its legs before losing consciousness and it did not struggle much because of its poor health.

After the turtle ate the puppy, the students left.

Idaho Deputy Attorney General David Morse argued that the puppy suffered as a result of the feeding, saying it was “flailing around and crashing” around in the turtle tank.

WHAT WITNESSES SAID ABOUT CROSLAND

Every witness called to testify said it was common knowledge that Crosland fed live animals to the snapping turtle and snake that were kept in his classroom.

The Preston Junior High School Science Department Director said those reptiles would not eat dead animals and it was the movement of living creatures that triggered their response to feed.

Another common theme among witnesses was that the puppy Crosland fed to the turtle was deathly ill.

The witnesses consisted of current and previous students. They made clear that Crosland is a beloved teacher – one even testifying that he was his favorite teacher in school.

Two of Crosland’s colleagues in the science department had only positive things to say about Crosland’s character, his love for teaching and his passion for animals.

Crosland’s son, Mario, became emotional when testifying about his father’s love for animals and how he would do whatever he could to care for them. Mario even went so far as to say that his father “could do what Fish and Game couldn’t” when it came to caring for animals.

WHAT'S NEXT FOR CROSLAND

Crosland continues to teach for the Preston School District and he feels “a lot of relief” with the not guilty verdict.

Students, teachers and others in Preston hope the community can now move forward.

“There was no question in my mind that he had no evil intent or no intent to harm this animal. Given the fact that what he does for a living and the area in which he teachers – there is no question he was doing what he thought was best for this puppy,” Stratton Laggis, Crosland’s other attorney, said.