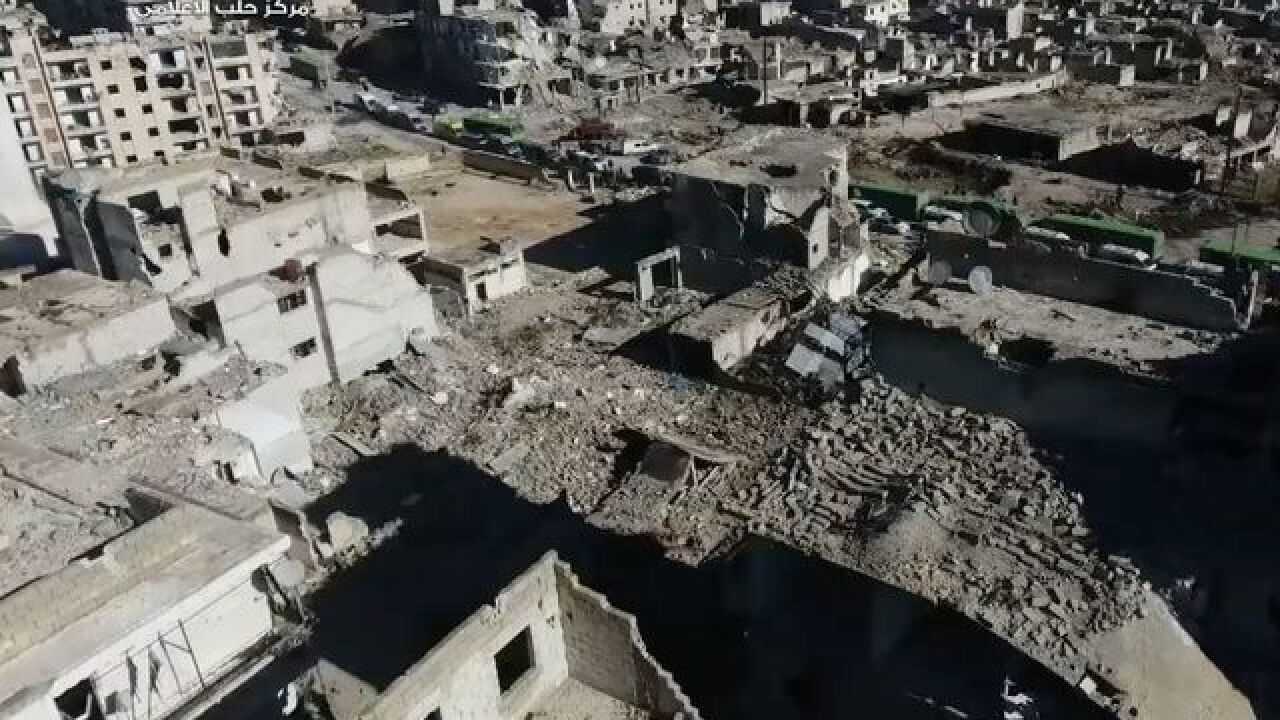 By: CNN
Posted at 2:18 AM, Feb 08, 2017
(CNN) -- Syria's leader has praised Donald Trump's rhetoric on terror, saying the new US President's pledge to prioritize the fight against terrorism, including ISIS, was "promising."
President Bashar al-Assad, whose government is waging a bloody civil war, told Belgian media that it was too early "to expect anything practical," from the US President but that he had high hopes for a cooperative effort between the US and Russia to engage ISIS.
"Trump during the campaign and after the campaign is promising regarding the priority of fighting terrorists, and mainly ISIS, that's what we've been asking for during the last six years," Assad said.
"It's still early to expect anything practical. It could be about the cooperation between the US and Russia, that we think is going to be positive for the rest of the world, including Syria."
It's not the first time the Syrian leader has praised Trump. In an interview with state media agency, SANA, last December, Assad said the then President-elect would be a "natural ally" if he held fast to his hard line on terrorists.
Assad hits out at the EU
The strongman, who has ruled Syria since taking the reins of power from his father in July 2000, said that his government had left "no stone unturned" in attempts to bring opposition parties to the bargaining table in an attempt to end the civil war.
"(But) when you talk about terrorists, when you talk about Al Qaeda, when you talk about al-Nusra and ISIS, I don't think anyone in this world would believe that they are ready for dialogue," he said.
Assad said in the interview that the EU was "supporting the terrorists" in Syria. His government has repeatedly referred to opposition fighters, some of whom are supported by Western allies, as terrorists.
He dismissed the US-led coalition's campaign against ISIS as "a cosmetic operation" and "illusive," claiming that the terror group expanded during the duration of the campaign. He also said it was it was an illegal operation as it represented a breach of sovereignty.
Parties still at negotiating table
Peace talks sponsored by Russia and Turkey in the Kazakhstan capital Astana are due to resume on February 15 and 16.
After initial talks in late January, delegates issued a statement saying they had agreed to "establish a trilateral mechanism to observe and ensure full compliance with the ceasefire, to prevent any provocations and determine all modalities of the ceasefire."
It also reaffirmed the parties' conviction that there is no military solution to the Syrian conflict and that it can only be solved through a political process.
The UN delayed its own negotiations in Geneva, originally scheduled for Wednesday, to give more time for the relevant parties to unite after the Astana talks. They'll now be held on February 20.
UN envoy 'alarmed at failed humanitarian access'
On Tuesday, a UN spokeswoman said that, despite the fall of the Syrian city of Aleppo to government troops, January was the worst month for humanitarian access to the country in almost one year.
Some areas of the country had been starved of humanitarian aid for over three months, spokeswoman Yara Sharif said.
"Out of 21 requests for convoys to access a total of 914,000 people, only one convoy was delivered for 40,000 people," she said.
"While all of the formerly besieged neighborhoods of east Aleppo city have now become accessible to humanitarians, reports of unexploded ordinance and other remnants of war continue to hinder access and delivery of assistance to some areas.
"There is a grave concern that since 14 January an estimated 1.8 million people in Aleppo city and rural eastern Aleppo have been cut off from their main source of water, Khafsa, which is under ISIL control," she said, using another name for ISIS.
The-CNN-Wire
™ & © 2017 Cable News Network, Inc., a Time Warner Company. All rights reserved.
Copyright 2017 Scripps Media, Inc. All rights reserved. This material may not be published, broadcast, rewritten, or redistributed.