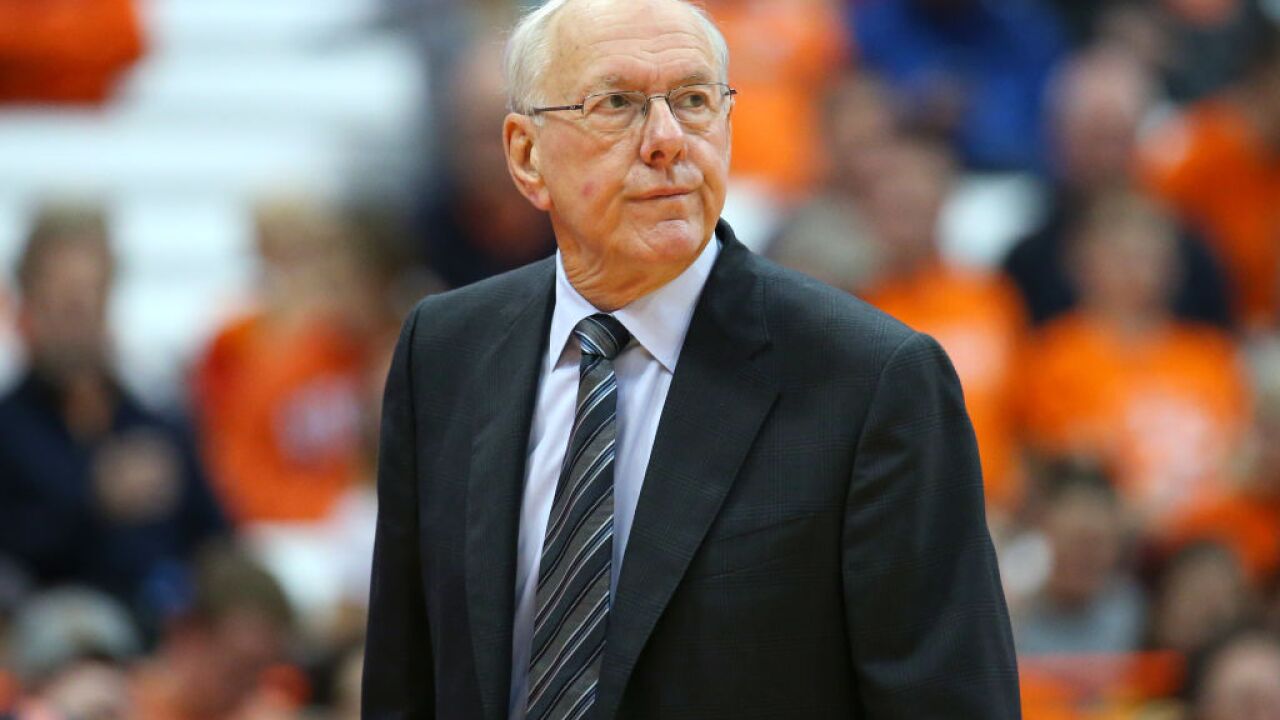 Syracuse basketball coach Jim Boeheim struck and killed a man who was walking outside his vehicle on a highway, Syracuse Police confirmed Thursday.

Syracuse.com was the first to report of the incident.

According to the Syracuse Police Department 51-year-old Jorge Jimenez of Syracuse, New York was killed after he was struck while walking along I-690. Jimenez was an ocupant in a vehicle that lost control while driving on the highway.

As he was standing near the highway Boeheim drove by and struck Jimenez. Jimenez was later transported to to a hospital where he was pronounced dead.

Boeheim stayed on the scene and is cooperating with the investigation. Boeheim passed a field sobriety test.

"I am heartbroken that a member of our community died as the result of last night's accident. (My wife) Juli (Boeheim) and I extend our deepest sympathies to the Jimenez family. Out of respect for those involved, I will not be providing further comment at this time," Boeheim said in a statement.

"We are saddened by the death of a member of our central New York community. On behalf of (Syracuse University_ Chancellor Kent Syverud and the entire Syracuse University community, we extend our deepest condolences to all impacted by this tragic accident. Coach Boeheim is in contact with local authorities and cooperating fully. Out of respect for those grieving, there will be no further comment at this time," Syracuse athletic director John Wildhack said in a statement.

Syracuse defeated No. 18 Louisville 69-49 at home on Wednesday evening.

Boeheim has been the Orange's basketball coach since 1976. He's won more than 900 games, a national championship and reached five Final Fours in his time at the school.