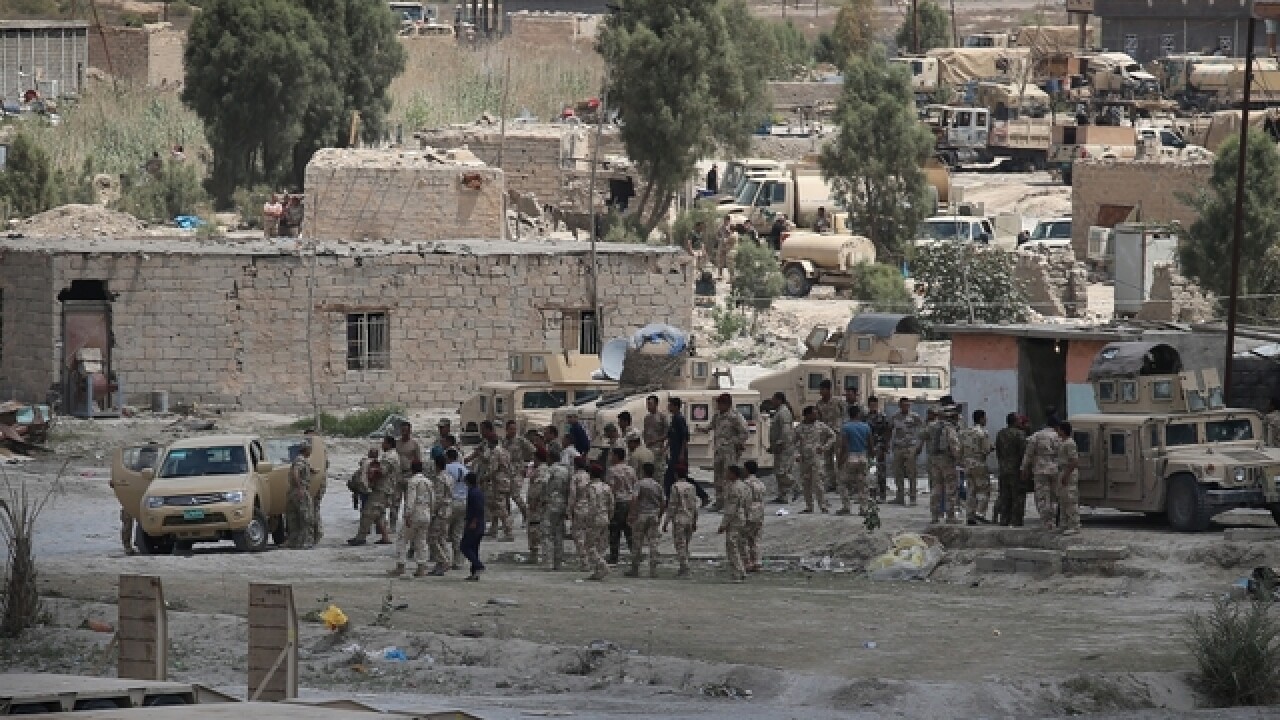 BAGHDAD (AP) — More than a dozen suicide bombers attacked a residential and government complex outside Baghdad on Saturday, killing at least six people, an official said.

The police chief of the town of Amiriyat Fallujah, Col. Ali al-Issawi, said at least 14 suicide attackers broke into the complex at dawn. In addition to homes, the complex also includes a police station and several government offices.

Al-Issawi said five of the attackers blew up themselves while clashing with security forces, while others holed up inside the buildings, and were later killed. He added that five troops and one civilian were killed, while another 18 people were wounded.

The town is located a few miles south of Fallujah, the main Islamic State stronghold in Anbar province, about 40 miles (65 kilometers) west of Baghdad.

IS still controls key areas in northern and western Iraq, including the country's second largest city, Mosul. The extremist group has declared an Islamic caliphate on the territory it holds in Iraq and Syria.

Iraqi troops, backed by paramilitary militias and U.S. airstrikes, have recaptured a number of cities and towns in recent months. But IS has responded with a string of deadly bombings far from the front lines in a campaign that Iraqi officials say is an attempt to distract from their battlefield losses.

More than 100 people have been killed in in a string of bombings, mainly in Baghdad, since Wednesday.