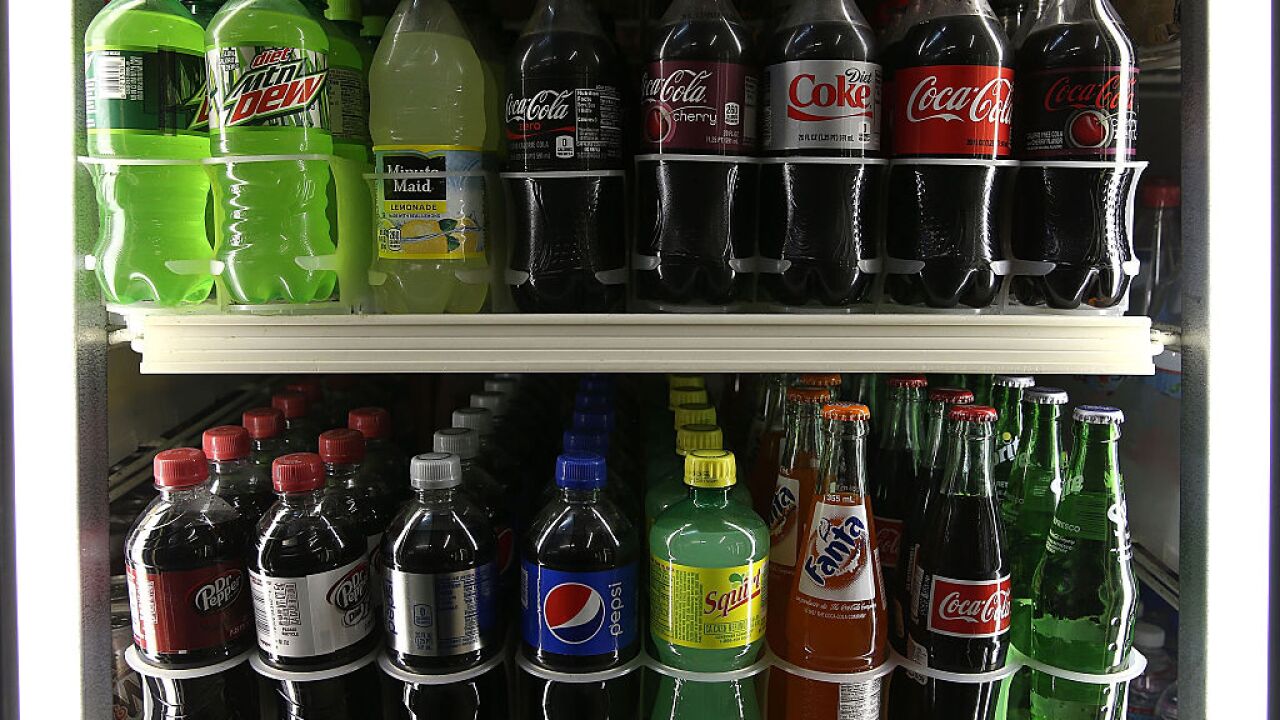 Frequent consumption of sugary drinks such as sodas, sports drinks and juice is linked to an increased risk of premature death from cardiovascular disease and, to a lesser extent, from cancer, according to new research.

Compared with women who had sugary beverages less than once per month, those who had more than two servings a day -- defined as a standard glass, bottle or can -- had a 63% increased risk of premature death, according to a study published Monday in the journal Circulation . Men who did the same had a 29% increase in risk.

Those who consumed more than one sugary beverage per month but fewer than two per day seemed to experience a dose effect: the more they drank, the greater the risk. The association weakened but remained true when researchers adjusted for lifestyle factors including dietary factors and physical activity, demographics and family history of Type 2 diabetes.

"There's been previous studies that have shown strong and consistent links between the consumption of sweetened beverages and weight gain, Type 2 diabetes, as well as other cardiometabolic conditions such as heart disease and stroke," said lead study author Vasanti Malik, a research scientist and adjunct lecturer in the Department of Nutrition in the Harvard T.H. Chan School of Public Health. The next step, Malik explains, was to examine how sugary beverages relate to the risk of premature death.

The main cause of premature death in the new research was cardiovascular disease, followed by cancer, primarily of the colon and breast, according to the study.

Overall, the consumption of sugary beverages was found to increase the risk of premature death from cardiovascular disease by 31% and from cancer by 18% when the group who drank more than two per day was compared with those who had fewer than one per month.

The researchers also examined the effects of artificially sweetened beverages, considered by many to be a safer alternative to sugary drinks.

A similar study published last month based on the Women's Health Initiative, a long-term national study, found an association between drinking two or more artificially sweetened beverages per day and an increase in the risk of strokes, heart attacks and premature deaths in women over 50.

Both studies indicate a link between artificially sweetened beverages and women's risk of death, said Yasmin Mossavar-Rahmani, associate professor in the Department of Epidemiology and Population Health at Albert Einstein College of Medicine, who was author of last month's study.

Exactly what is different about women that increases the association between consuming artificially sweetened beverages and the risk of dying prematurely, requires more research, Mossavar-Rahmani said.

Because it is observational, the new study cannot establish cause and effect, Malik said.

Robert Rankin, president of the Calorie Control Council, an organization representing the low- and reduced-calorie food and beverage industry, cautions against drawing conclusions from this and other observational studies.

"It is likely study subjects were already at a greater risk for these conditions and chose low-calorie sweetened beverages to manage their calorie and sugar intake, as these products are proven safe and beneficial for those managing their weight and blood glucose levels," he said in a statement.

William Dermody Jr., a spokesman for the American Beverage Association, said in a statement that "Soft drinks, like all the beverages made by our industry, are safe to consume as part of a balanced diet.

"The sugar used in our beverages is the same as sugar used in other food products. We don't think anyone should overconsume sugar, that's why we're working to reduce the sugar people consume from beverages across the country. ... [L]ow- and no-calorie sweeteners have been repeatedly confirmed as safe by regulatory bodies around the world," he added.

Given prior research on the effects of sugary drinks on weight gain, Type 2 diabetes, heart disease and stroke, Malik said her team's new findings provide further evidence that consumers should strive to cut back on their consumption.