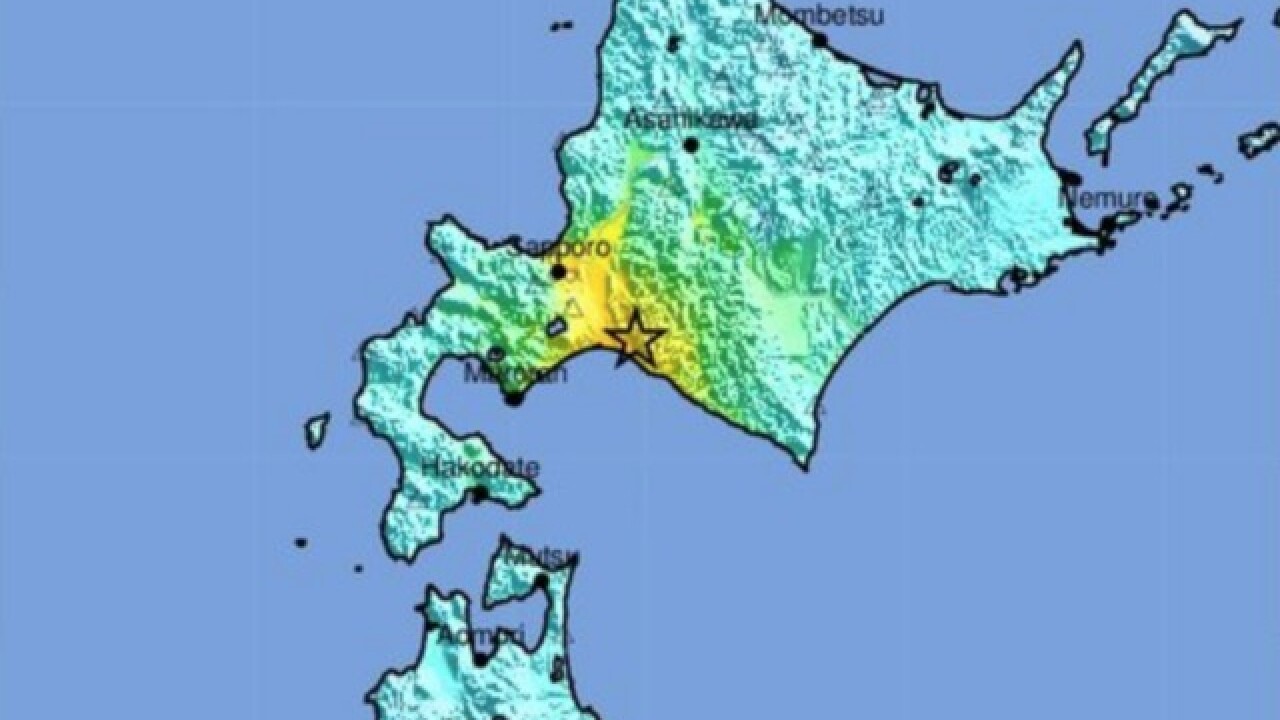 Landslides resulting from a preliminary magnitude 6.7 earthquake early Thursday on Japan's Hokkaido island buried a "large" number of homes at the foot of a ridge, public broadcaster NHK reported.

The earthquake was followed by a 5.4 aftershock, NHK said, citing the Japan Meteorological Agency. The US Geological Survey said the earthquake registered at 6.6.

Residents said they awoke to an earthquake that lasted 30 seconds to one minute.

Some streets were cut off by downed trees, and additional images from the broadcaster showed crumbled buildings.

At least three people were injured, officials said, and there are power blackouts in northern Japan.

Additionally, Japan Meteorological Agency officials told NHK that risks of aftershocks are substantial for as long as the next week. They warned residents about increased risks of collapse among buildings near the epicenter.