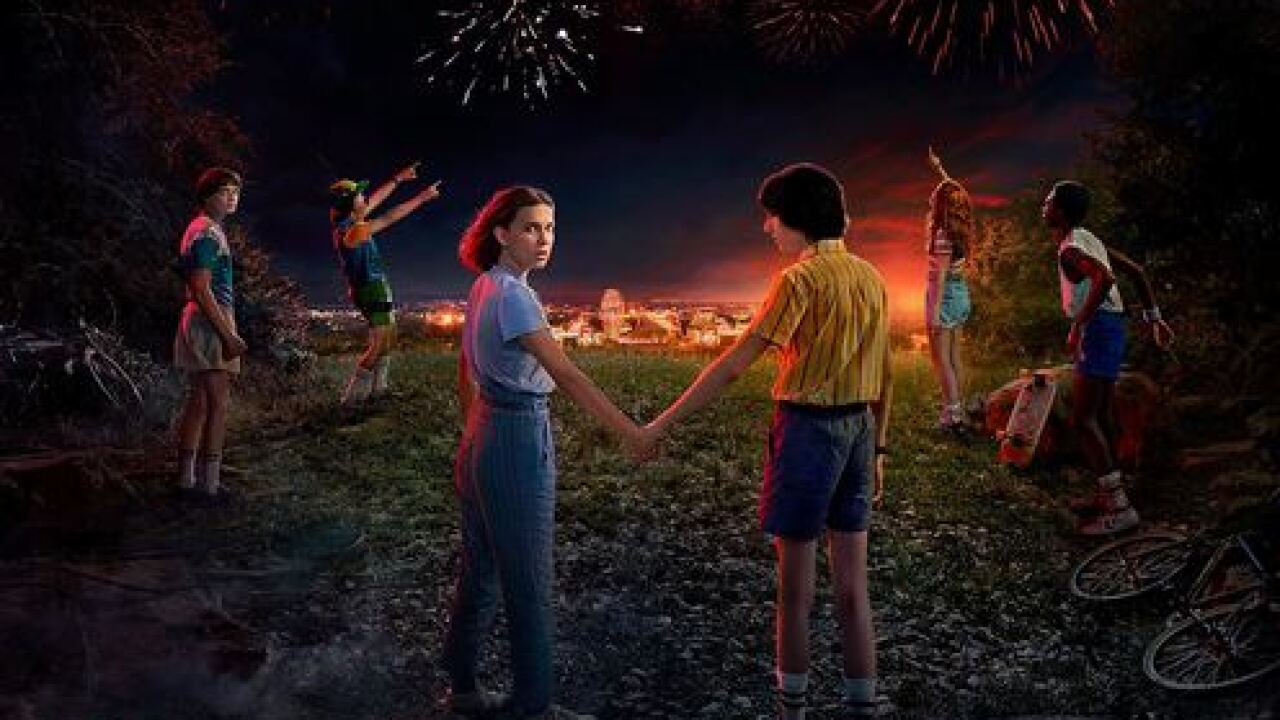 (CNN) -- It's a good thing you will probably already be off for the Fourth of July.

That's because Netflix has announced that's the day it will release the eagerly awaited new season of its hit, "Stranger Things."

The streaming giant used the New Year's holiday to tweet an image showing the show's cast with fireworks and the words "July 4."

Netflix also released a video showing footage of the countdown on Dick Clark's "New Year's Rockin' Eve" in 1985 (the year in which the new season is set) before revealing the premiere date.

Netflix has been teasing the new season for months.

In July, the streaming service put out a trailer that featured a faux advertisement for Starcourt Mall, which appears to be the center of serious action.

The sci-fi/horror series set in fictitious Hawkins, Indiana, has been a huge breakout hit for Netflix.

In March, executive producer Shawn Levy gave attendees at the PaleyFest television festival some scoop on what would be going down in season 3.

Romance and 'Dad Steve': What to expect in Season 3 of 'Stranger Things'

According to the The Hollywood Reporter, Levy shared that Eleven, played by Millie Bobby Brown; Mike, played by Finn Wolfhard; Lucas, played by Caleb McLaughlin; and Max, played by Sadie Sink, would be all be enjoying coupledom.

"Mike and Eleven and are going strong, so that's a relationship that continues, and same with Mad Max and Lucas," Levy reportedly said. "But again, they're like 13- or 14-year-old kids, so what does romance mean at that stage of life? It can never be simple and stable relationships and there's fun to that instability."