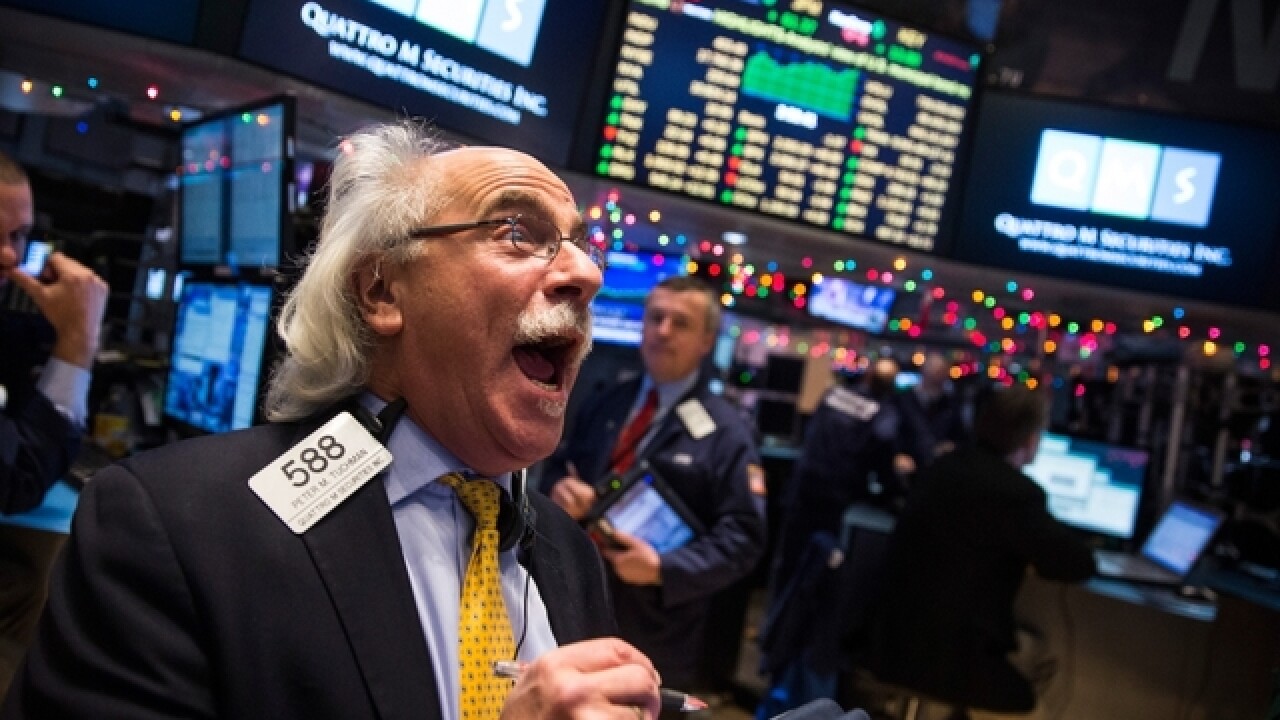 The dismal start to 2016 on Wall Street got a lot worse Wednesday.

Stocks tumbled again on fears of a global slowdown and alarm over plummeting oil prices, officially sending the Standard & Poor's 500 index into what's known as a correction, or a drop of 10 percent or more from its peak.

The eight-day drop is the worst start to a year in the history of both the S&P 500 and the Dow.

"At the very core of this, there's a bull-bear debate," said Quincy Krosby, market strategist at Prudential Financial. The question, she said, is whether the economy is strong enough to justify how high stock prices are.

The rocky start to the year reflects mounting worries on Wall Street about the slowdown in China, the world's second-biggest economy; a plunge in oil prices to the lowest level in 12 years; and the implications for U.S. corporations, especially energy companies.

The S&P 500, which is the most closely watched gauge of the broader market and reached a record high in May, is now down 7.5 percent this year, while the Dow is off 7.3 percent.

The Nasdaq is deeper in the red, down 9.6 percent. The Russell 2000, which is made up of small-company stocks, is down 20 percent from its June peak. That big a plunge is defined as a bear market.

Energy and consumer stocks bore the brunt of the selling. The price of U.S. crude oil closed slightly higher, but remains near $30 a barrel, a level that investors fear could force many oil and gas companies to go bankrupt. Brent crude, the international standard, fell 2 percent.

Some of the biggest winners from last year, such as Netflix and Amazon, both of which doubled in value in 2015, also fell sharply.

"The momentum names that drove this market higher have just been clobbered," Krosby said.

Biotechnology stocks took a drubbing. The Nasdaq Biotechnology index lost 5.3 percent and is down 17.2 percent this year.

The market recorded its best day of the year on Tuesday and appeared to be headed for more gains early on Wednesday. But then a report showed that demand for fuels slipped last month.

Investors also began to size up discouraging earnings outlooks from companies like Ford, which fell 65 cents, or 5.1 percent, to $12.20.