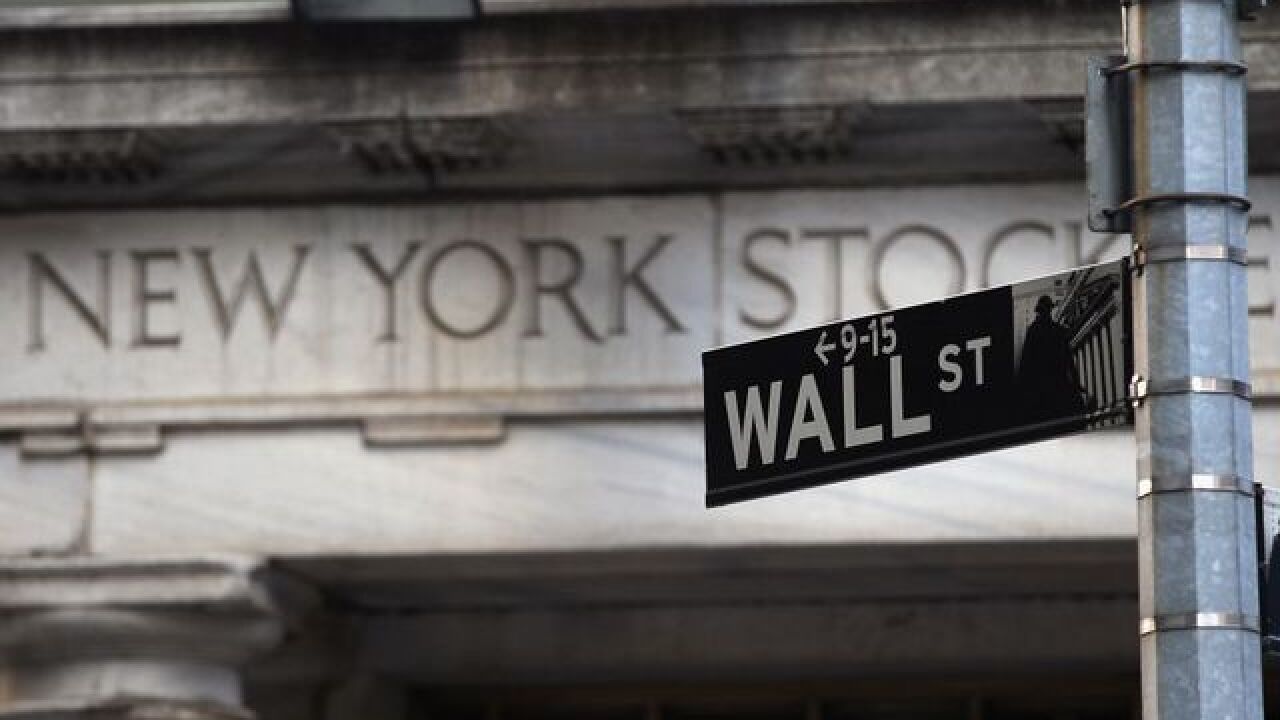 Wall Street rode another wave of selling Monday that sent U.S. stocks sharply lower, before a late-afternoon pullback stemmed some of the losses.

The losses left major market indexes down for the second day in a row, extending what has been a dismal beginning of 2016 for the stock market, its worst start to a year on record.

European markets also fell sharply, with the worst losses coming in weaker economies such as Greece, Spain, and Italy. Traditional safe harbor investments like gold and U.S. government bonds were among the few bright spots in a market awash in red.

"Traders are worried that the financial market weakness that we're experiencing is going to lead to weakness in the real economy," said Jim McDonald, chief investment strategist at Northern Trust.

The stock market has been in a slump for much of this year after a lackluster 2015. Several factors have kept investors in a selling mood, including falling crude oil prices, the impact of a stronger dollar on U.S. company earnings, and heightened concern that economic growth is slowing in China and elsewhere.

Fears of a global economic downturn are now heightening concerns that the U.S. economy could slide into a recession later this year.

The market anxiety helped push bond prices higher, pulling down the yield on the 10-year Treasury note to 1.75 percent from 1.84 percent late Friday, a large move.

Investors looking for some positive outlooks for 2016 aren't finding much in the latest wave of company earnings, either.

Many of the companies that have reported quarterly results in recent weeks also gave weak earnings outlooks for this year, noted Bill Northey, chief investment officer at the Private Client Group at U.S. Bank.

"In fact, we're now looking at growth estimates that are sub-5 percent for 2016, which is down rather materially from where we came into fourth-quarter earnings season," Northey said.

The prolonged slump in oil prices has investors worried that companies that drill for crude may not be able to pay back their loans.

Speculation that Chesapeake Energy might be preparing to file for bankruptcy protection helped push its stock price down 33 percent on Monday, making it one of the worst performers in the S&P 500 index.

In response, the company issued a statement around midday saying it "currently has no plans to pursue bankruptcy." The stock closed down $1.02 to $2.04 in heavy trading.

Despite the latest drop in crude oil prices, the S&P 500 index's energy sector ended slightly higher. The other nine sectors declined, with materials stocks shedding the most, 2.7 percent.

Given the jitters over a possible global economic slowdown, investors are betting that the Federal Reserve will be less aggressive about raising its key interest rate further this year. Going into 2016, many on Wall Street were projecting as many as four rate hikes by the Fed this year. Higher interest rates benefit banks, which make money from interest on credit cards and other loans.

Credit Suisse Group AG fell 4 percent on news that the bank's new CEO has asked for his bonus to be cut following a report of a huge fourth-quarter loss and plans for 4,000 job cuts. The stock fell 54 cents to $14.44.

"What the market wants to see is the Fed realizing that there's no way on Earth they can raise rates three to four times in the next 12 months," McDonald said.

Monday's market slump followed a wave of selling in Europe that was concentrated in the more financially shaky countries. The stock index in Spain was off roughly 4 percent, while Italy's lost about 5 percent. Greece's index sank about 8 percent.

In Asia, many markets were closed for the Lunar New Year holidays. Japan's benchmark Nikkei 225 rose 1.1 percent, while Australia's S&P/ASX 200 was flat.

Precious metals prices rose sharply as traders took cover from the turbulence in the stock market.