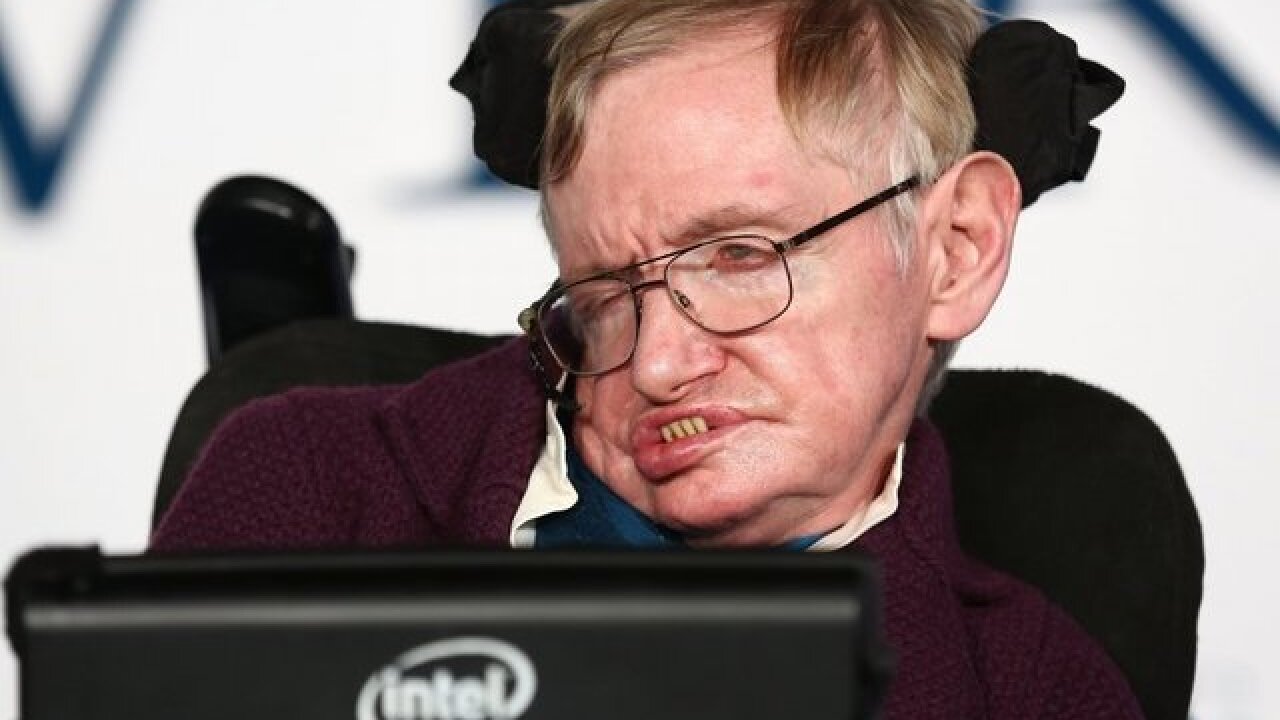 By: Mina Abgoon
Posted at 2:13 AM, Apr 13, 2016
A $100 million project to find life in outer space reportedly involves famed physicist Stephen Hawking and Facebook founder Mark Zuckerberg.
The project, announced Tuesday was reportedly started by Internet investor Yuri Milner.
CNN reports that the mission – called Breakthrough Starshot -- is aimed at establishing the feasibility of sending a swarm of tiny spacecrafts powered by a large, Earth-based laser, to the Alpha Centauri star system.
Those "nanocraftt," which would be ferried into space by a rocket, would carry features like cameras, power supply and navigation. The probes, weighing just a few grams, would then unfold tiny sails.
The goal is to send the probes flying at about one-fifth the speed of light, in search for a planet with potential for holding life – something that has never been discovered.
Meanwhile, the spacecraft – which would take approximately 20 years to reach the star system – would make observations, take photos and send back data.
"The limit that confronts us now is the great void between us and the stars,” Hawking said at a press conference Tuesday. “But now we can transcend it, with light beams, light sails, and the lightest spacecraft ever built. Today we commit to this next great leap into the cosmos, because we are human and our nature is to fly.”
Scripps Only Content 2016