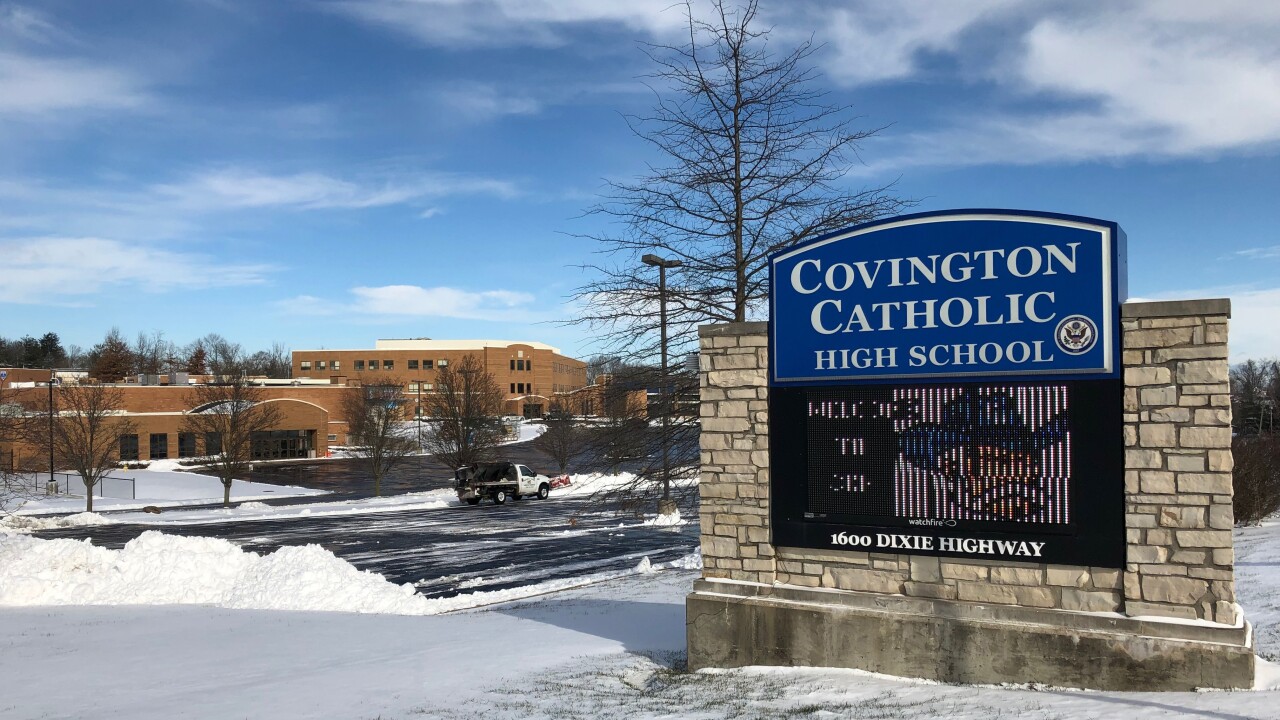 Lisa Cornwell/AP
Snow covers the grounds of Covington Catholic High School in Park Hills, Ky., Sunday, Jan. 20, 2019. The school has received national attention in the wake of videos showing students from the school mocking Native Americans outside the Lincoln Memorial after a rally in Washington. (AP Photo/Lisa Cornwell)

A viral video involving catholic school teens appearing to mock a Native American elder during a rally in DC on Friday, may not be what it appears.

The teen seen in the video, Nick Sandmann, a junior at Covington Catholic High School in Kentucky, reached out to NBC news, denouncing what he called "outright lies."

He adds the students then began countering the hateful remarks with school spirit chants and that's when the native protesters approached, who were also at the memorial for the Indigenous People's March.

Sandmann issued this statement, it reads in part:

"I never interacted with the protester. I did not speak to him.... To be honest I was startled and confused as to why he approached me. We had already been moved by another group of protesters, and when the second group approached I was worried the situation was getting out of control where adults were attempting to provoke teenagers."

Several other videos of the so called "confrontation" have surfaced since the story went viral, showing a different perspective of the events.

2 Works for You, along with national media are looking into the situation and will provide you with updates as soon as they become available.