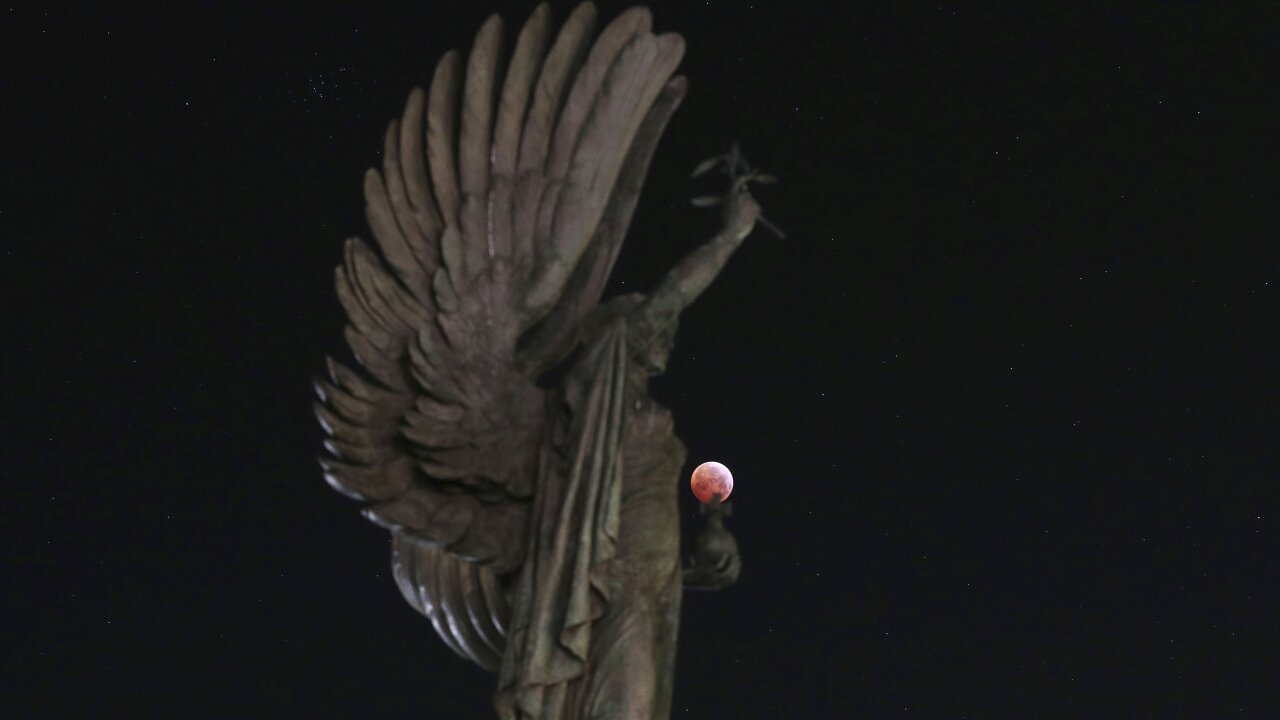 (CNN) -- Sky gazers were treated to a rare lunar eclipse known as a super blood wolf moon on Sunday night, in which sunlight passing through Earth's atmosphere lit the celestial body in a dramatic fashion and turned it red.

Watchers in North and South America, parts of Europe and western Africa, who were lucky enough to have clear skies, saw a total lunar eclipse -- but eastern Africa and Asia observed a partial eclipse.

Hundreds of people came out late on Sunday night or early Monday morning to witness the event, capturing images of the super blood wolf moon and sharing it on Twitter.

CNN's George Engels shared images of the lunar eclipse taken by his father William on an iPhone between 2.25 and 2.40 am from La Carolina, 12 miles west of Maldonado, Uruguay.

The full eclipse began at 4.40 am in the UK and appeared red at 5.12 am, according to the Royal Astronomical Society.

Watchers in Britain managed to find a break in the cloudy skies early Monday morning.

Tenerife, a Spanish island off West Africa, was treated to a great sighting.

The Griffith Observatory in Los Angeles shared an image of the rusty-colored moon -- which was to be the last total lunar eclipse visible in the United States until 2022.

The total lunar eclipse, which happens less than once per year on average, coincided at the same time as a supermoon, which occurs when the moon is full and closest to Earth in orbit.

The moon was in perfect alignment with the sun and Earth, with the moon on the opposite side of Earth from the sun.

Earth cast two shadows on the moon during the eclipse. The penumbra is the partial outer shadow, and the umbra is the full, dark shadow.

When the full moon moved into Earth's shadow, it darkened, but did not disappear. At the peak of the spectacle, sunlight passed through Earth's atmosphere and lit the moon, making it appear to glow red.

This happens because blue light undergoes stronger atmospheric scattering, so red light will be the most dominant color highlighted as sunlight passes through our atmosphere and casts it on the moon.

So where does the "wolf" part come in? Each moon has its own name associated with the full moon. In January, it's known as the "wolf moon," inspired by the hungry animals that howled outside of villages long ago, according to the Old Farmer's Almanac.