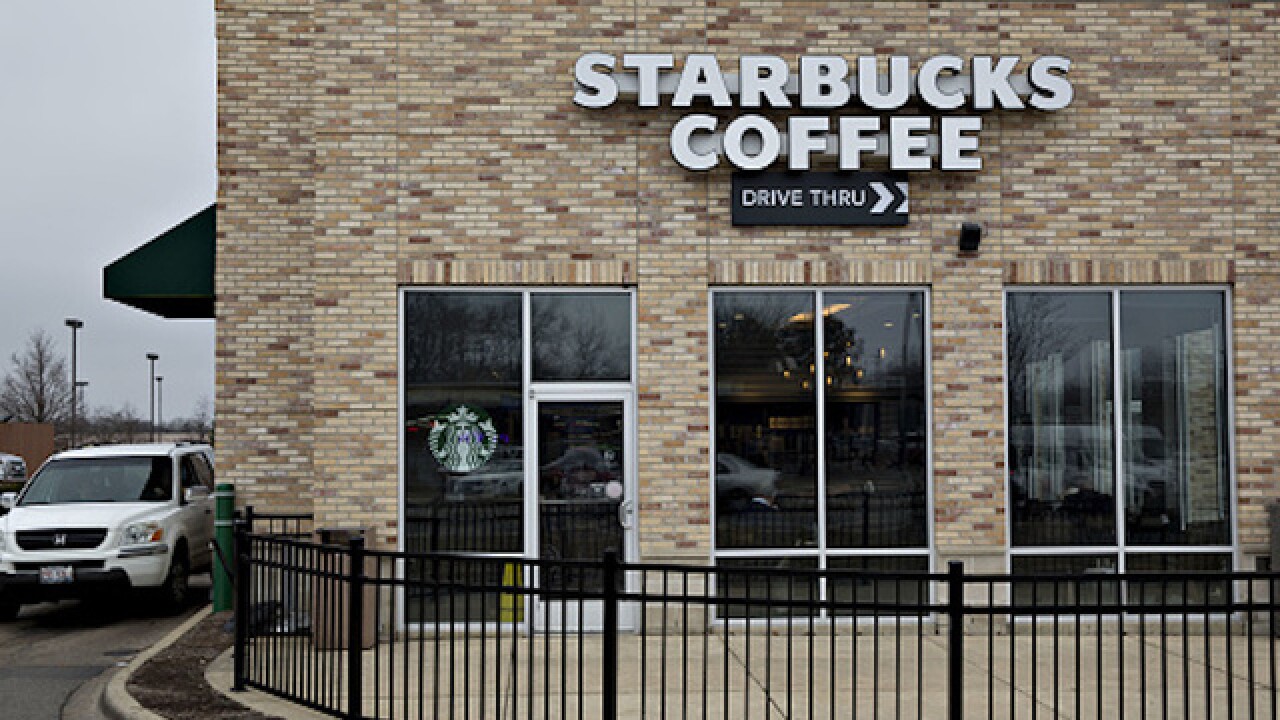 Starbucks CEO Kevin Johnson called the arrest of two black men at a Philadelphia store last week "reprehensible" and promised to take action so that it doesn't happen again.

A store manager called the police because the two men were sitting in the store without placing an order. They were arrested for trespassing. The customers said they were waiting for another man to arrive. That person arrived at the store as they were being arrested.

A Starbucks spokesperson says the manager in the store who called police is no longer working in that store, although she would not comment if she is working at another location.

Johnson said there would be more training for staff on the issue of "unconscious bias."

"I've been very focused on understanding what guidelines and what training ever let this happen," he said. "What happened was wrong and we will fix it."

Johnson had already posted apologies on the company's website. He said the company wanted to "express our deepest apologies to the two men who were arrested with a goal of doing whatever we can to make things right." He said he hoped to meet with the two men in person to make a face-to-face apology. He was in Philadelphia on Monday when he conducted the interview on Good Morning America.

"Starbucks stands firmly against discrimination or racial profiling," he said on the blog post.

Philadelphia Mayor Jim Kenney issued his own statement calling the incident "appears to exemplify what racial discrimination looks like in 2018." He added that the apology from Starbucks "is not enough" and that he would ask the Philadelphia Commission on Human Relations to examine the firm's policies and procedures and whether there should be bias training for its employees. And protests were taking place for Monday in Philadelphia by community residents who want the Starbucks store where the incident took place closed.

Prosecutors in Philadelphia have announced there would be no charges pursued against the men. Philadelphia Police Commissioner Richard Ross defended his officers' actions in a statement on Facebook, saying that the officers were called to respond to a trespassing complaint and that they behaved properly and followed procedure.

Starbucks has a history of advocating for racial equality. In 2015 in the face of protests nationwide about police shootings of black males, Starbucks launched what it called the " race together " effort, having employees write that term on coffee cups to try to engage customers to think and talk about racial issues.