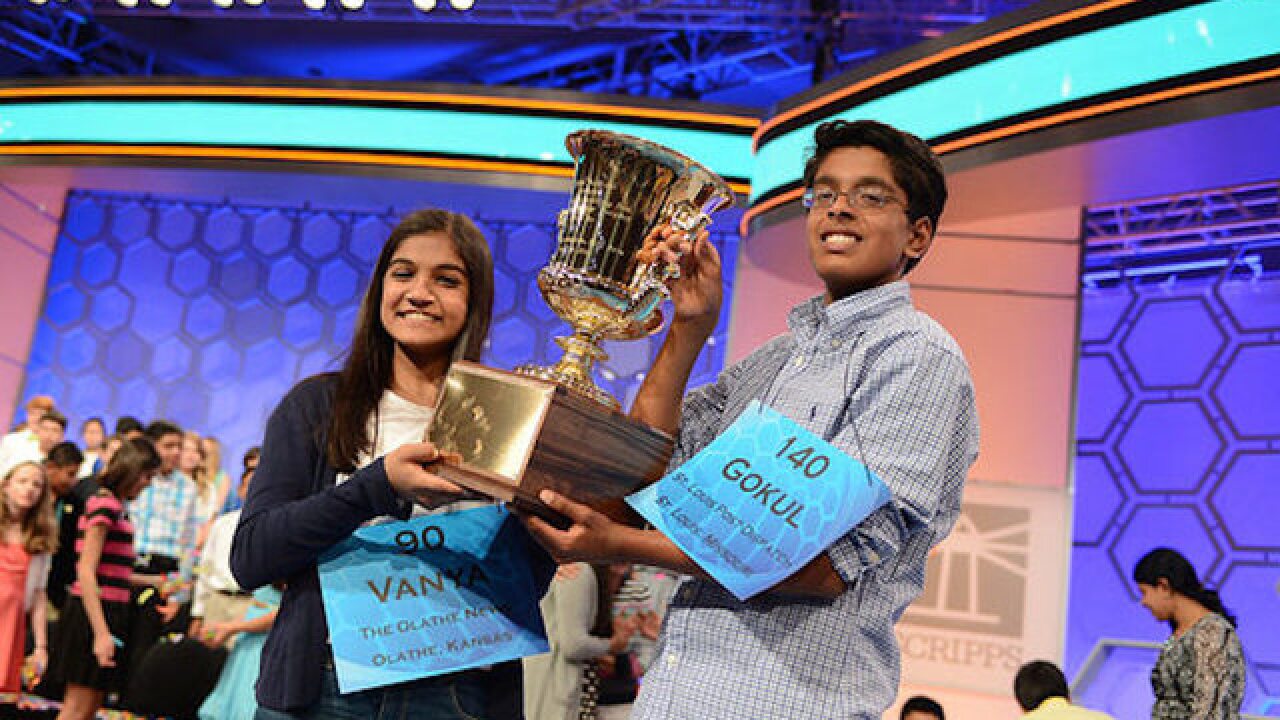 WASHINGTON (AP) — After two straight years of ties, the Scripps National Spelling Bee is adding more sting: The championship rounds will last longer, and the words will be harder.

The bee, now televised in prime time by ESPN, has exploded in popularity over the past two decades. And the spellers have gotten increasingly savvy. So instead of sticking to a list of 25 "championship words" selected weeks earlier, the final rounds could have as many as 75 words. And the organizers can choose harder words on the fly if the spellers don't appear to be struggling.

"As difficult as those words offered those co-champions were, we had a more difficult section in our word list, but we couldn't go to them because our rules bound us to stick to that 25-word championship word section," Paige Kimble, the bee's executive director, told The Associated Press.

RELATED CONTENT:  Quiz: Could you be a spelling champion?

Before 2014, the system worked well enough. There hadn't been a tie in more than 50 years. And the tie two years ago was a bit of a fluke: Both spellers got one of the championship words wrong, but since they misspelled back-to-back, the bee continued.

Then last year, Vanya Shivashankar and Gokul Venkatachalam, both veteran spellers who had come close in previous bees, plowed through the championship words with ease. Gokul's last word was "nunatak," which means a hill or mountain surrounded by glacial ice. He "spelled it in one second," Kimble said.

Current and former spellers applauded the changes, saying the hardest words should be last. On occasion, championship words have left veteran spellers underwhelmed. Tejas Muthussamy, 13, of Glen Allen, Virginia, and Sylvie Lamontagne, 13, of Lakewood, Colorado, finalists last year who are returning, both said tougher words were used earlier in the finals.

"The 25 words on the championship word list just tend to be a little bit easier than the other words they've used right before that," Sylvie said. "I don't really know why."

The changes mean the bee, which usually wraps up between 10 and 11 p.m. on the last day, could run later this year. Tejas said he's trying to prepare for the May 24-26 championship by practicing late at night.

Kimble said one proposed change she rejected was to simply continue the bee as long as it takes to declare a single champion.

"We did not want the specter of the championship being determined by the endurance level of a young child," she said. This year's spellers range from 6 to 14 years old.

There will also be bigger rewards. The first-place cash prize is rising from $30,000 to $40,000, while second place will now get $30,000 and third place, $20,000. The big jumps for second and third place reflect the possibility that spellers could get more words right than any previous winners and still not win, Kimble said. If there are co-champions again, each gets $40,000.

Another change welcomed by spellers: The bee will no longer have a second written spelling and vocabulary test that was used to help determine the finalists. The test was unpopular partly because spellers could be eliminated without getting a word wrong onstage. Kimble said that could confuse TV viewers, left to wonder why a favorite speller was suddenly gone.

This year, there will be up to 50 spellers competing on the last day, and all will be considered finalists. The morning rounds will continue until there are about 10 left. Then, the competition will pause before returning for the prime-time finale.

Finally, the bee will scrap use of a list of words from local and regional bees in the first onstage round. Last year, only four out of 283 spellers got words wrong in that round, prompting former speller Jacob Williamson to call the round "pointless." This year, words will be drawn from a list given spellers after they've qualified for the national bee. And words in the following round won't be given to spellers in advance.

"They know more and are brighter. They have a better understanding of how complex language is and how roots work," said Mishra, whose 11-year-old sister, Dhyana, is in the bee this year. "It just amazes me how young the kids are and what they're able to do."